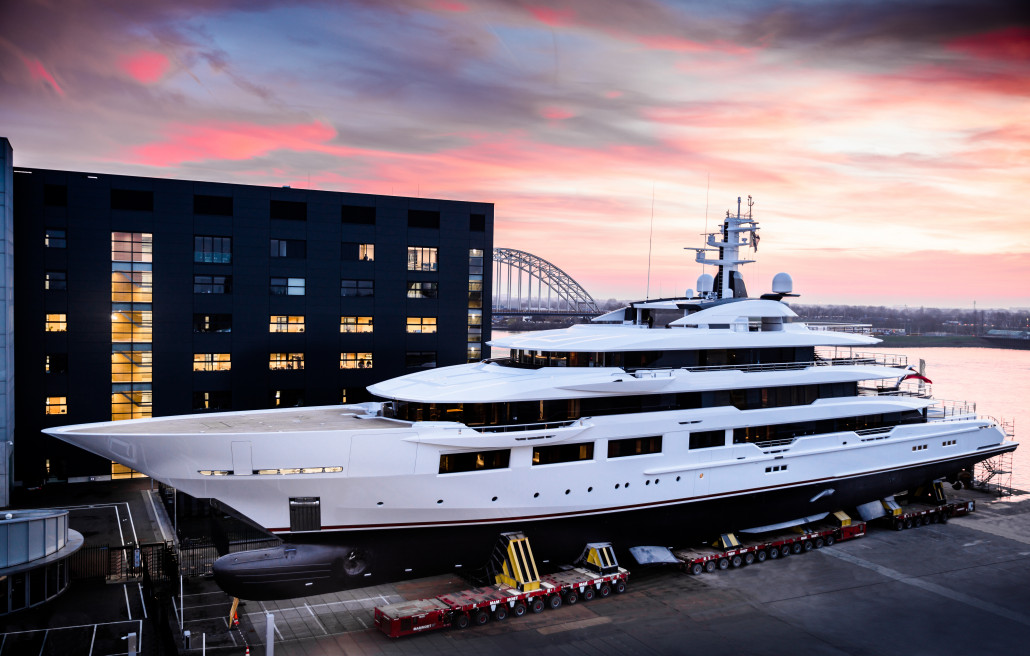 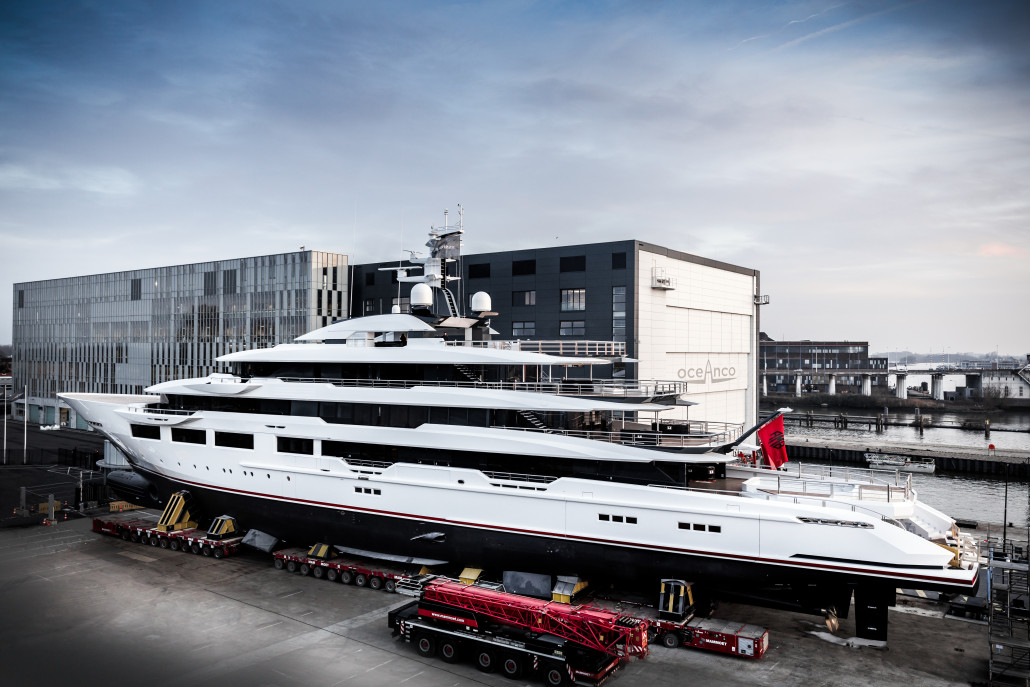 The much-anticipated M/Y Y716, nicknamed Yasmin by yacht-spotters, has been unveiled at the Oceanco yard. At 90m, this monumental build represents a milestone moment for the builder and has the industry jostling for information.

M/Y Y716, now revealed to be called DreAMBoat, was rolled out of the Alblasserdam facility early yesterday morning, and will be transported to deeper waters later this week for the official superyacht launch. She is currently being commissioned for impending sea trials and will be delivered later this year to owners represented by Dan Jackson, Director of Falcon Yacht Management.

The 90m is an impressive specimen, wowing onlookers with a sporty silhouette, multiple staggered decks and, of course, her sheer proportions. Her exterior lines have been penned by Espen Oeino, whilst her interior is the work of Terence Disdale - a dynamic first-time design collaboration.

The first thing that strikes you about DreAMBoat’s appearance is the generous overhang from the superstructure, as well as cut outs in the bulwarks that together create a bold and classic profile. “The overall effect is a yacht with clean, uncluttered lines and a coherent design,” said Oeino.

As for Disdale’s interior, large windows flood voluminous spaces with sunlight and offer uninterrupted views. Indoor decor melds natural wood, limestone floors and semi-precious stone vanities for a serene finish, with practically everything in sight having been custom made. DreAMBoat also features a large swimming pool, an enormous sundeck with jacuzzi, and copious seating/entertaining areas.

At 2950GT, the vessel will be able to accommodate 23 guests and the 33 crew members required to painstakingly maintain this colossal yacht. She will cruise at a rate of 16 knots, with a maximum speed of 18.5 knots. The 90m is also cutting-edge in its technology, making use of a complex IP computer operating system as well as full carbon canopy mast house and mast.

Dan Jackson had the following to say about the launch: “It has been an intense project, but with some clear direction from the Owner, excellent collaboration between Espen Øino, Terence Disdale Design and Oceanco, we have achieved a great deal and are poised to deliver a stunning yacht.”

The Project Director at Oceanco, Roderick Gort, added: “Launching DreAMBoat is an important milestone in the construction process of delivering ‘the Owners Perfect Yacht’. We are looking forward to delivering DreAMBoat after her sea trials this spring, and welcoming her to the Oceanco family.”

Along with the building pedigree of Oceanco, an all-star cast of exterior and interior contributors have created a truly iconic yacht. Y716 will doubtlessly join the ranks of the best superyachts on the water, and we look forward to more details on her launch and seafaring adventures thereafter.