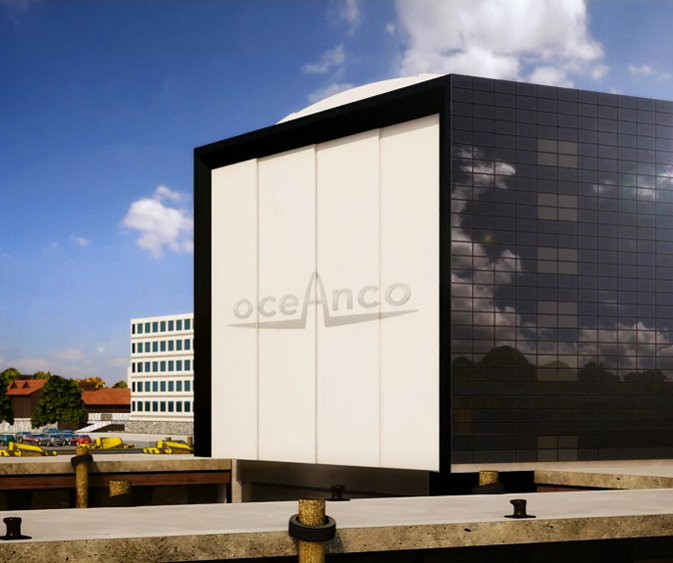 As a direct response to market demands, Oceanco is moving forward with implementing their plans for constructing a new yacht-building facility to accommodate yachts up to 140-meters in length. We visited the Oceanco yard today and were privy to the six new and exciting projects currently underway (measuring over 600m in total) as well as gaining an insight in to the demand the Dutch shipyard is facing.

Often it is the case that builders convert an existing commercial space or shed. However, in keeping with Oceanco’s vision for the future, their new high tech facility — capable of being expanded in the future — is expressly designed and purpose-built for the exclusive function of building 100+-meter yachts.

After extensive preparation and groundwork on the 62,000 square meters of land, including a full investigation with respect to World War II explosives due to the proximity of the site to the bridge over the Noord River which was heavily bombed during the war, construction work for the dry dock started 11th March 2013 and will be completed by the end of 2014.

The building will accommodate over 1,000 persons from subcontractors to the owners’ representatives and crew at any given time and will be divided into access-restricted zones to ensure safety, security and confidentiality. Transport in and out of the building will be through a controlled air lock or directly to areas that are inaccessible from the main assembly hall. The climate control inside the hall will be similar to that of a museum. It can be operated in three different ways: there can be a uniform temperature throughout the hall or there can be the option to isolate certain areas such as inside the yacht, so as to keep the humidity and temperature at an appropriate level for the yacht’s interior. Additionally the spray tent will have a consistent temperature commensurate with special paint requirements as the airflow velocity and air-volume refreshment rate, in addition to temperature and proper humidity, is crucial for a first rate gloss finish.

The new state-of-the-art building and dry dock, handsomely architected of concrete, heavily insulated with integrated thermal and cooling systems, has undergone rigorous research and development and will be extremely safe and secure.

I would personally like to thank Oceanco for their incredible hospitality and look forward to bringing you more news from the yard in the very near future. In the meantime, follow us on Twitter @Superyachtscom for a live run down of the HISWA 2013 Press Tour.