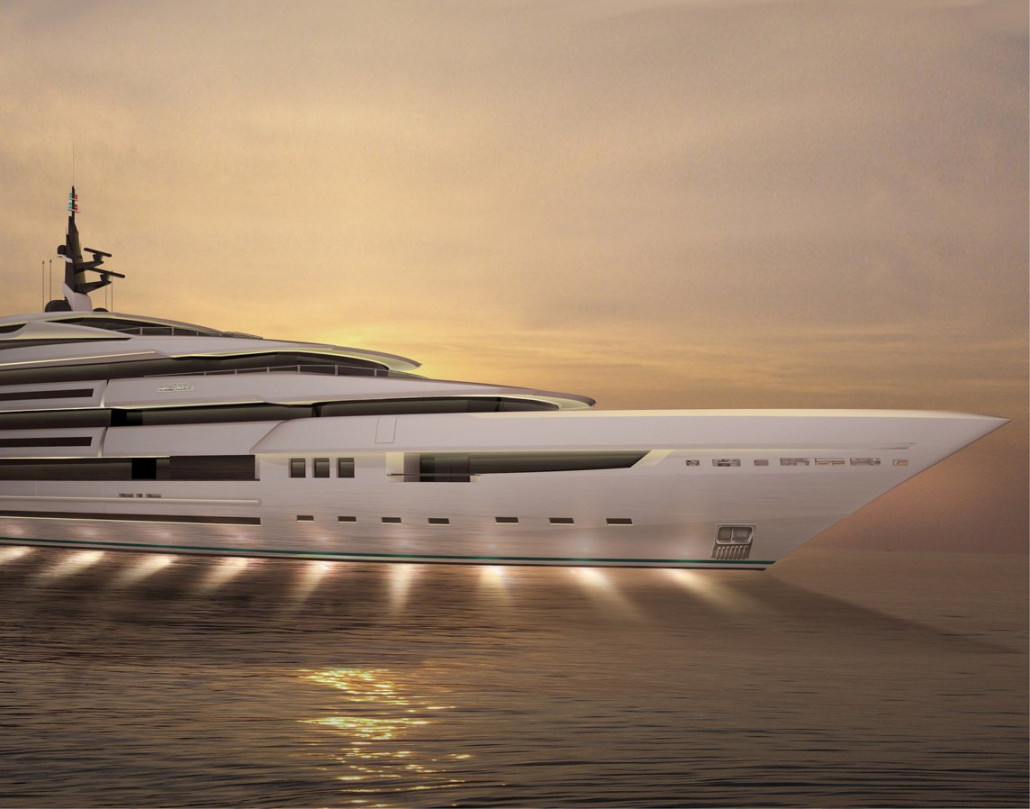 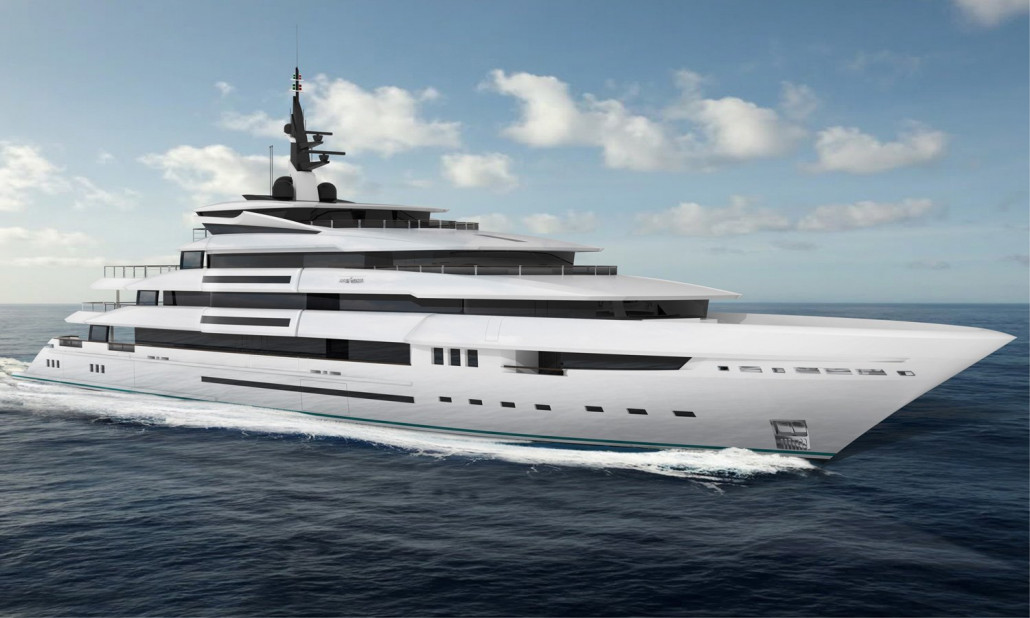 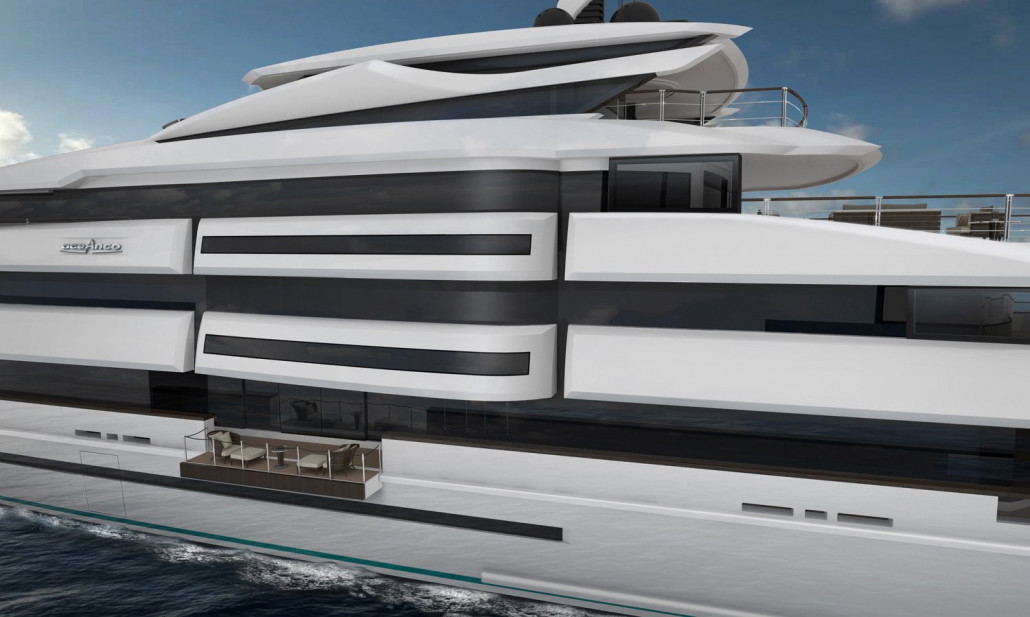 Enrico Gobbi has designed a yacht with an imaginative interpretation of propulsion, layout and interior design; created to reflect “a sleek design which is nicely proportioned and stylish, but not a big palace,” explains the Italian designer. “One of the briefs was to have a lot of glass – clients want windows for views.”

Gobbi meshed the requirement for glass with the popular feature of a private owner’s deck. “On the two uppermost decks is the two-level master suite,” he says. “It’s common to have a location but in this case, the owner has an incredible panoramic view from a private glasshouse or sky lounge located on the top deck.”

The sky lounge, which is essentially a glasshouse, includes the night area, bathrooms, which as well as offering exceptional views outside, could also be configured to overlook the private suite’s living areas located on the deck directly below through a big atrium with a scenic round staircase that connects the two owner deck levels. The external deck of the upper level is exclusive to the owner, with a big Jacuzzi pool in the front sun area. The owner could arrive by helicopter using the touch-and-go pad on the upper deck aft and walk straight into the lower level of the suite – without passing through any guest areas.

With the intention of maintaining the exceptional views throughout the ship’s design, a two-deck-high section of the superstructure amid ship leans outboard towards the sea creating panoramic view points from all decks whilst simultaneously flooding the interiors with natural light.

As with many of Oceanco’s yachts the stern of the ship hosts an impressively spacious beach club. However, this concept houses a large pool split over two levels connected by a waterfall. The upper pool features a large bathing area and a bar with the water cascading into the lower deck pool which can be used as a Jacuzzi / whirlpool. Furthermore, the transom folds out to create an incredible extended beach deck for lounging and entertaining. However, security is never breeched, when the transom is closed, as well as offering an elegant and aesthetic line to the yacht it also guarantees maximum security.

Subject to owner preferences the yacht will have four double guest cabins and two very large VIP suites on the upper deck, and it will sleep 27 crew plus the captain. The project will be officially presented in Monte Carlo during the 2013 Monaco Yacht Show. Oceanco’s Y-coded generation of hulls could form the basis of Gobbi’s 87m and the design has been assessed technically as far as possible so that, upon commission, she will be ready to build.