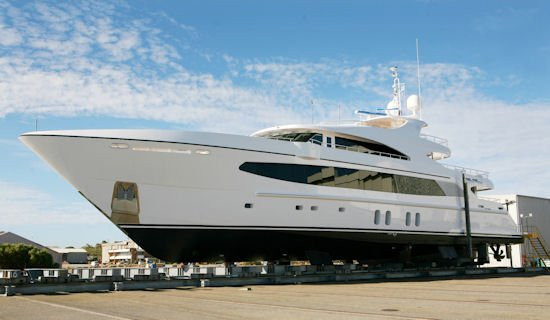 Australian luxury motor yacht builder Oceanfast has unveiled the latest in its new range of semi-custom private vessels with the launch of the Oceanfast 48 at the company’s Western Australian shipyard. The vessel boasts a world-class construction pedigree that draws on Oceanfast’s 20-year history in the production of award-winning motor yachts.

With a top speed of 16 knots and 4000 nautical mile range at a cruising speed of 12 knots, the Oceanfast 48 series is well suited to long range exploring, boasting the ability to operate both as a fully crewed super yacht on the charter market or equally with minimal crew for an owner who desires a more direct involvement.

Due for completion in July, the 48 metre luxury private motor yacht is currently being marketed for sale in the region of EURO 17 million or USD 22 million.

\\\\"In addition, with an internal width of eight metres, the full beam main saloon brings an owner to the water’s edge creating the volume normally only found in much longer yachts,” he said.