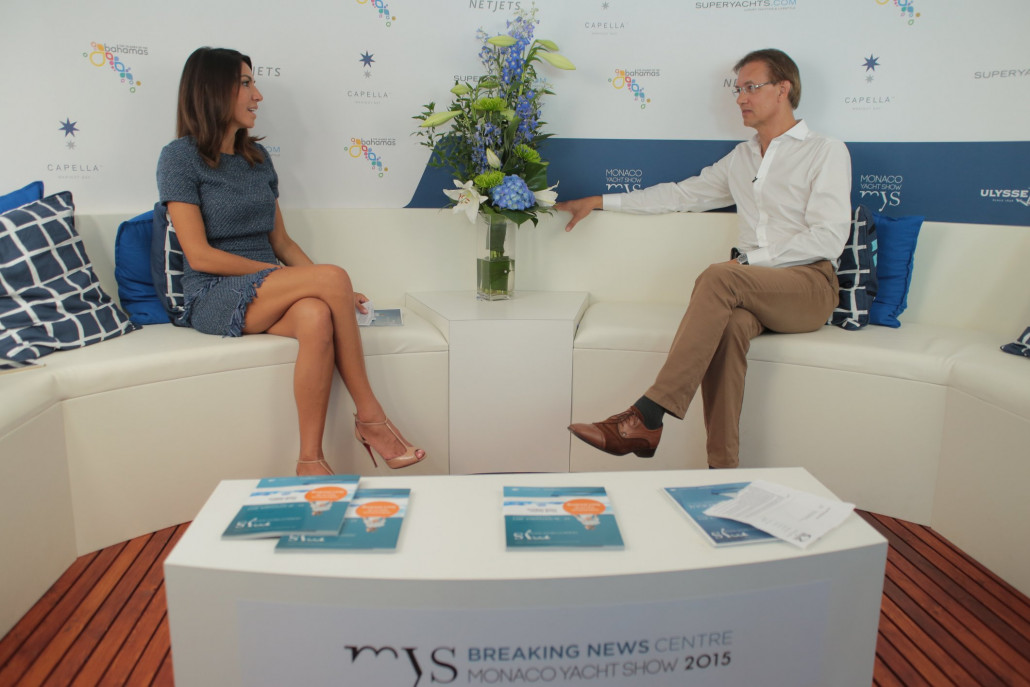 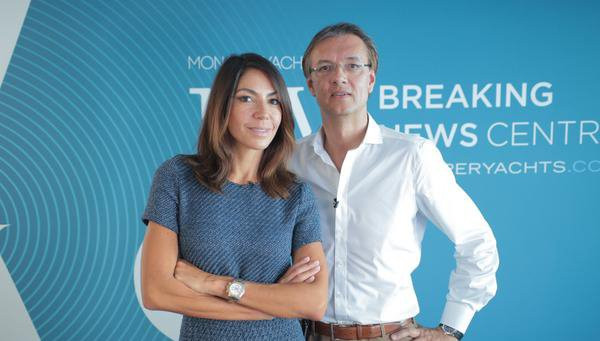 Among the array of eye-catching yachts on display at the 2015 Monaco Yacht Show was the 73 metre M/Y Yalla.

Launched last year by Italian shipyard CRN, she owes her striking white and dark blue exterior to the creative minds at design agency Omega Architects. Indeed, so successful was the project that the Dutch designers are using her as a thinking board for future endeavours.

We sat down with Frank Laupman, CEO of Omega Architects, at the Monaco show, to find out how Yalla inspired the new line they have launched with CRN.

“You can see it as learning from Yalla,” he told us. “We have Yalla here at the show, she has a great spot, taking the sunlight, very white. That’s what the owner wanted. He didn’t want to have any fancy colours on the boat, other than his corporate dark blue. I think he understands that in the white colour it brings the upmost of the design; you see every line moving aft. That’s what he really liked.

“From there we thought, what can we learn from this? We spent a lot of time defining the exact position of the beach club and for the new series of CRN we decided to study what a beach club is. We thought putting it down on the lower deck as an enclosed area could be improved, So what we did is, what makes you sweaty, the functions of wellness like massage and all these kind of services, bring them down and when you sweat, you take a shower and then you go out to the beach area where we did a giant 8 metre pool.

“So this one is fully enclosed as per the owner’s wish and then on the next series we’re trying to bring the beach area with the pool outside, exactly the same position, but we did it with a step deck so that you’re moving more gradually to the water line, let’s say. So it’s a study, learning from Yalla.”

You can watch the full video interview with Frank Laupman above this article.