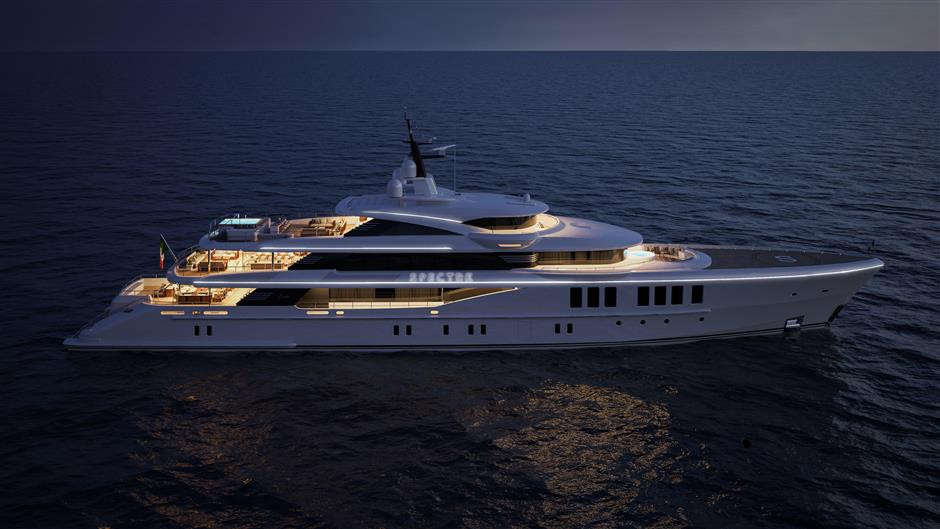 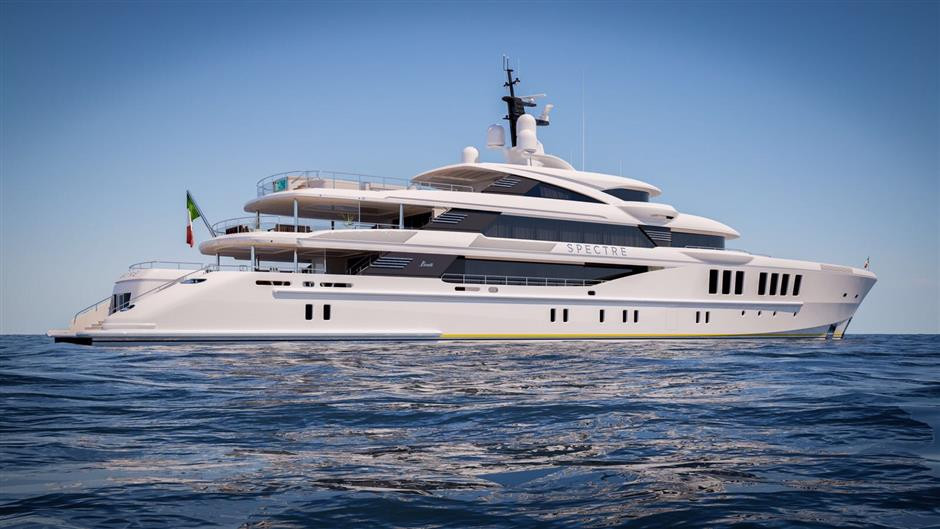 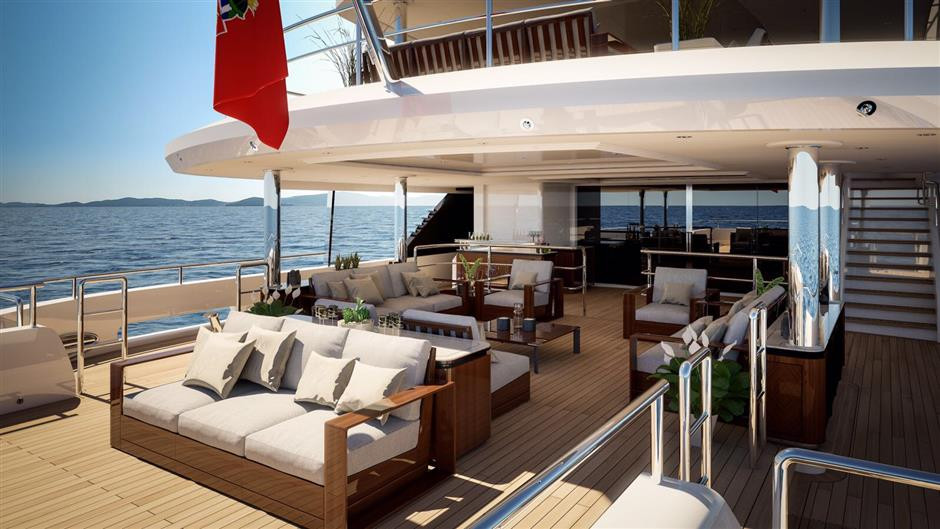 Thompson, Westwood & White Yachts (TWW Yachts) has revealed that the new Benetti build, M/Y Spectre, is available for purchase. We had the pleasure of talking to Peter Thompson, Managing Partner at TWW Yachts, about the quintessentially Italian Spectre for the first time since he alluded to the project in February of this year.

The 69.2m is the latest in a series of successful launches from the Benetti shipyard in Livorno, Italy, built for prolific owners John and Jeanette Staluppi. The vessel is the third Benetti built for the New York couple with a James Bond themed name, the first two being Quantum of Solace and Diamonds Are Forever. The pair have owned and refitted various other similarly themed yachts incluing the recently sold 58m Trinity Skyfall.

With Spectre, the Staluppis opted for the distinctive brand of Made in Italy excellence, with sophisticated interior design by Benetti’s Interior Style Department and fluid exteriors by Giorgio M. Cassetta. Peter sings high praises of Cassetta, a designer who, as he poetically puts it, “has two eyes, two ears and one mouth and uses them proportionally.”

“Cassetta had the vessel 3D modelled, and turned up in Florida with an oculus headset, and put in on Mr Staluppi’s head so that he could walk or fly around the outside of his boat prior to it even coming out of the steel shed,” Peter tells us. That’s dedication for you!

Externally, Spectre boasts a graceful Hi Speed Cruising Hull by Mulder Design, which delivers a maximum speed that is 30% more than traditional displacement hull. The plans for the vessel have been developed in accordance with the most cutting-edge marine technology including Ride Control by Naiad Dynamics, which increases stability and attenuates the pitching of the vessel with the knock on effect of improving comfort and reducing seasickness.

Peter elaborates on the technology, comparing it to a military vessel shooting a gun: “If it is 2 or 3 degrees off, the missile overshoots by half a mile. Ride Control is there to stabilise the platform.”

Spectre features 6 cabins to sleep a total of 12 guests. Built to maximise comfort, her layout consists of two owner’s cabins (one with a private terrace, sun lounging area and hydromassage tub), two main deck VIP cabins and two guest cabins on the lower deck. Her onboard experience is one of ultimate luxury, with top of the range features including a swimming pool, touch and go helipad, elevator to all decks, beach club, spa, gym.

Spectre is not to be outdone when it comes to special features and exciting additions; she boasts Electronic Chart Display to interactively aid route planning, and houses a customised Iguana tender. It is easy to see why she is generating so much interest as speculation as to who her new owner will be grows.