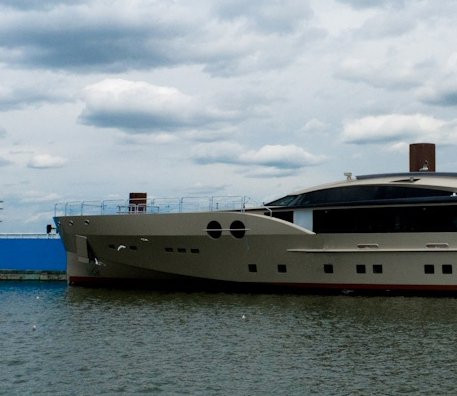 The PJ 170 will be the largest Sportyacht built, Company President Mike Kelsey commented “This significant launch certainly cements Palmer Johnson’s Sportyacht concept by passing the 50m benchmark and further confirms the appeal of the Sportyacht genre.”

Currently dubbed the PJ-501, this new, sleek and sporty yacht will cruise the Mediterranean over the coming months and will join the other Nuvolari-Lenard designed Sportyacht’s that the company has produced since 2004.

The sleek profile and aggressive stance of the instantly recognisable Palmer Johnson Sportyacht series is even more emphasized on the PJ 170 because of the increased length of the model.
The 170 also enjoys technical advancements which include dual Gyro stabilisers which negate external fins under the waterline, a first in a large Sportyacht.