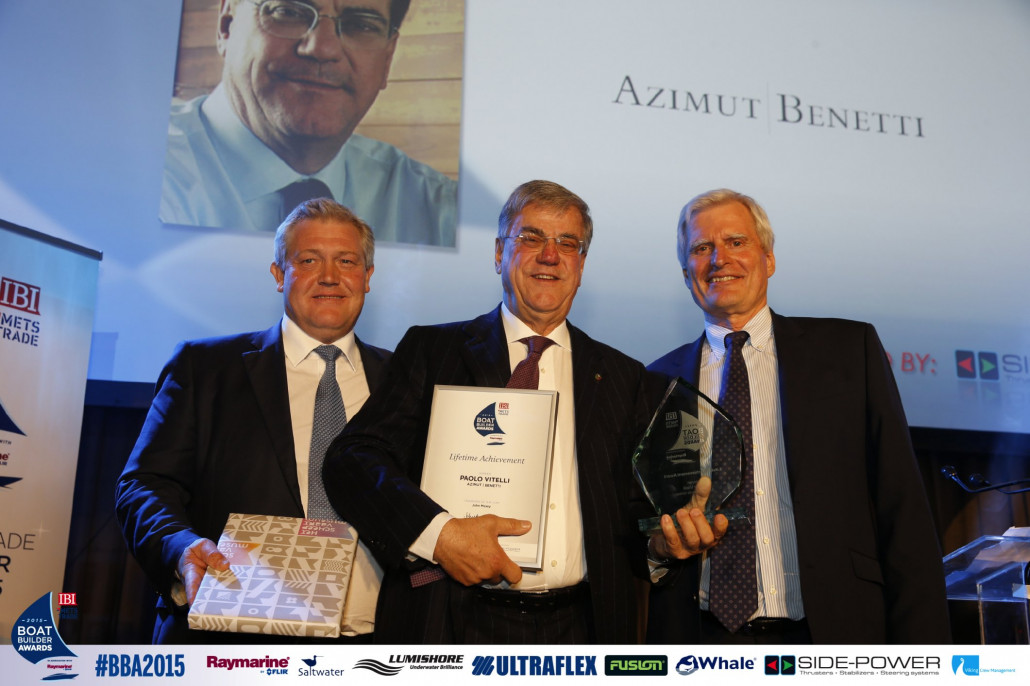 Paulo Vitelli, president and owner of Italian motoryacht makers Azimut|Benetti, has won a prestigious industry award at a prize-giving gala evening in Amsterdam.

Part of METS 2015 (Marine Equipment Trade Show), the inaugural Boat Builder Awards for Business Achievement drew over 250 people to the event at the spectacular glass-roofed garden of Amsterdam’s Maritime Museum.

One of the guests was Mr Vitelli's who stepped up to receive the Boat Builder Awards for Business Achievement, after a voting panel made up of nine journalists and industry experts were called on to evaluate the candidates.

Mr Vitelli thanked the jury, IBI and METS for the detailed review of his personal milestones and those of Azimut|Benetti. In his speech, he pointed out that in order to be an entrepreneur, you need “a dream, a driving passion and a firm commitment, as well as a pinch of positive madness”.

The president of the Italian group also directed an encouraging message to young people, inviting them to take on even greater professional challenges than his, without fear.

The Amsterdam event marked the first time that the careers and contributions of leading nautical entrepreneurs were measured against one another under the auspices of the prestigious IBI (International Boat Industry) magazine and of Amsterdam’s METS, the world's largest marine equipment trade show.

Paolo Vitelli started a yacht-chartering business in 1969 which eventually evolved into the Azimut brand of yachts. Thirty-six years later, after acquiring the Fratelli Benetti yacht yard and Gobbi boatbuilding company, Azimut|Benetti is considered a world leader in boatbuilding.