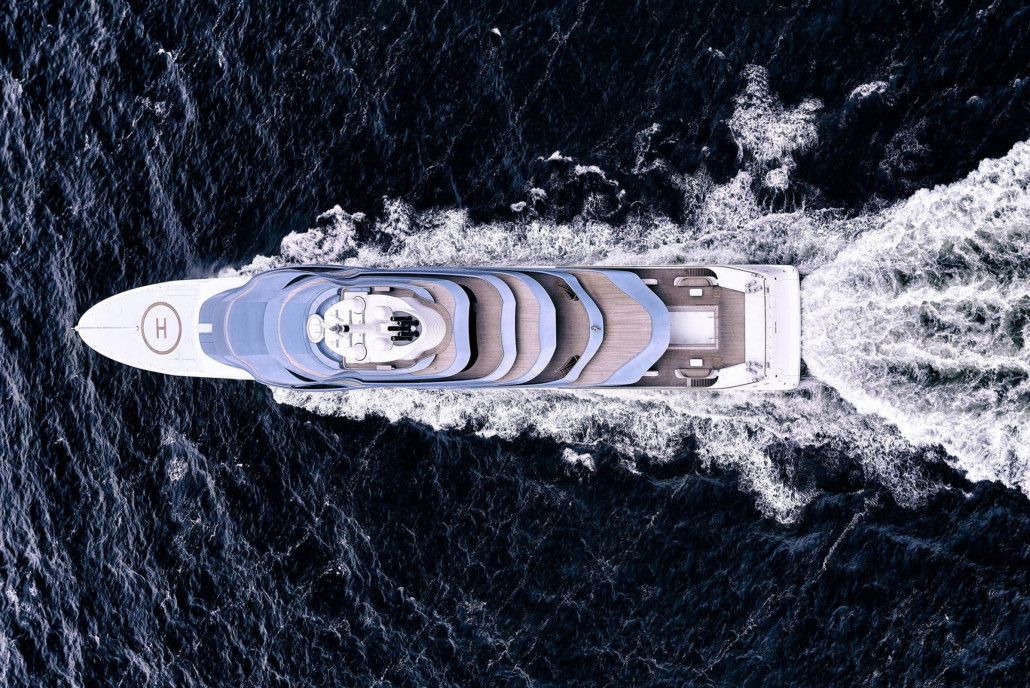 Part 1: The World's Most Beautiful Superyachts

Superyachts.com has compiled a list of the most awe-inspiring exteriors on the market - a diverse fleet that proves that beauty is in the eye of the beholder...

Jubilee
A real standard bearer for ‘the modern yacht’, Jubilee's beauty resides in the fact that she exudes both power (she is formidably large at 110m) and grace. The Oceanco build is visually pleasing, yes, but she is also a specimen of extraordinary innovation. Igor Lobanov’s design features stacked decks of decreasing size that culminate in a kind of trompe l’oeil effect, which is best appreciated from an aerial view. This was Lobanov’s vision for Jubilee - from a remote perspective the boat appears like a rippling mass of shapes, lines and light. Her intriguing form is enhanced by an iridescent, blue-tinged paint job, as well as details such as continuous LED strip lighting. With all the trappings of an iconic exterior, Jubilee proves that the old does not always trump the new.

Alfa Nero
Now that we have touted the benefits of innovation, let us affirm the charm of tradition. Contesting that different isn’t necessarily better, Alfa Nero (also from Oceanco) is classic, streamlined and beautiful, particularly so for her inky hull which contrasts cleanly with a gleaming white superstructure. Her Nuvolari & Lenard curated exterior lines are without hard corners or abrupt angles, whilst deck spaces are vast and open, emphasizing that this really is a yacht built for the traditional purpose of cruising the high seas. This 82m is a gentle giant - on the one hand huge and imposing but on the other glossy and comfortable with an ambience that harkens back to a bygone era of yachting.

Solandge
Exuding belle-epoque vibes, Solandge’s exterior also embodies what one might call a traditional yacht. Architected by Espen Oeino and consisting of a streamlined bow and six staggered decks, her elegant shape fits an immemorial mould, compounded by a failsafe colour scheme of white and navy. It is easy to be swayed by the ever-wackier exteriors on the market, but this 81.5m Lurssen build is proof that classic practices are ‘classic’ for a reason. They work, and it is beautiful, evidenced by the numerous awards that Solandge has claimed - at the 2014 Monaco Yacht Show she was crowned queen for the ‘La Belle Classe Superyachts’ and ‘Best Exterior’ categories.

Adastra
Existing at the opposite end of the spectrum to classic beauties such as Alfa Nero and Solandge, Adastra is an intriguing sight to behold. With her futuristic trimaran shape (comprising of a main hull and two smaller outrigger hulls which are attached with lateral beams) and metallic aspect, John Shuttleworth’s design almost reminds of a spaceship more than a yacht. There is a serious functionality behind the attention-grabbing design of this McConaghy Boats build, however. The 42.5m possesses unrivalled oceangoing capabilities, with exceptionally low fuel consumption and a high level of luxury to boot. The intriguing appearance of Adastra enables exceptional seaworthiness, comfort and efficiency.