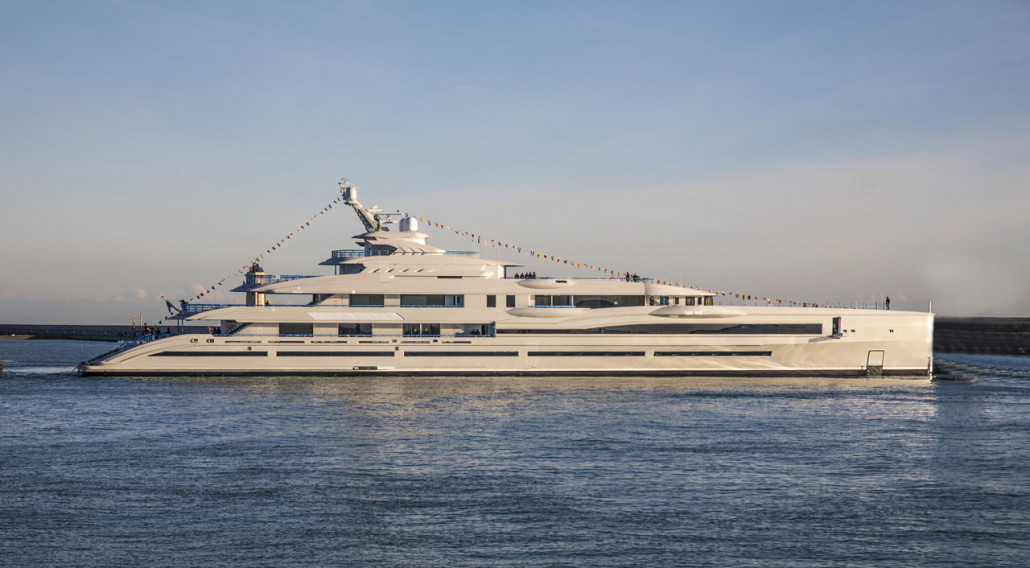 Part 2: The Biggest Yachts That Launched in 2018

Following our summary of the biggest and best superyachts to come out of 2018, and in light of our Top 100 focus for this week, we decided to do a definitive rundown of the largest yachts of the year just gone...

5. M/Y FB277
Losing out on fourth position by a mere metre, FB 277 was the next biggest yacht built in 2018. The 107m was the first in last year’s Top 100 from Italian industry-leaders Benetti, who delivered the vessel in conjunction with owner’s representative and build supervisor Imperial. Naval architecture was provided by Benetti and Pierluigi Ausonio, whilst both interior and exterior design was carried out by the shipyard’s in-house team.

6. M/Y Lady S
Number 6 on the list is Feadship’s Lady S. The 93m emerged from the Kaag facility in the Netherlands last year. On her launch, the custom motor yacht revealed exterior styling featuring a plumb bow by Michael Leach Design, and an interior design by Reymond Langton Design that has been described as ‘a beautiful and contemporary jewellery box’.

7. M/Y Dar
The 7th largest yacht to hit the water last year was 90m Dar. Oceanco’s second vessel to claim a spot in the top ten biggest vessels of 2018, Dar was constructed in the Alblasserdam shipyard with interior design by Nuvolari and Lenard and exteriors by designer Luiz De Basto. Dar is notable for her bold, futuristic design that recalls Alfa Nero, another momentous Oceanco build. The 90m represented a first-time collaboration with Azure, who provided naval architecture for the project.

8. M/Y Illusion Plus
Illusion Plus established the Chinese market as a real contender when it comes to the construction of large yachts. The impressive vessel measures in at 88.5m, with interiors designed by Sinot Yacht Design and exteriors by Rainsford Saunders Design.

9. M/Y Lonion
Lonion is yet another Feadship yacht to join the ranks of 2018’s Top 100. The 87m benefits from a streamlined exterior with powerful bow and distinctive royal blue steel hull architected by Sinot Yacht Design, operating in conjunction with Richard Hallberg Interior Design.