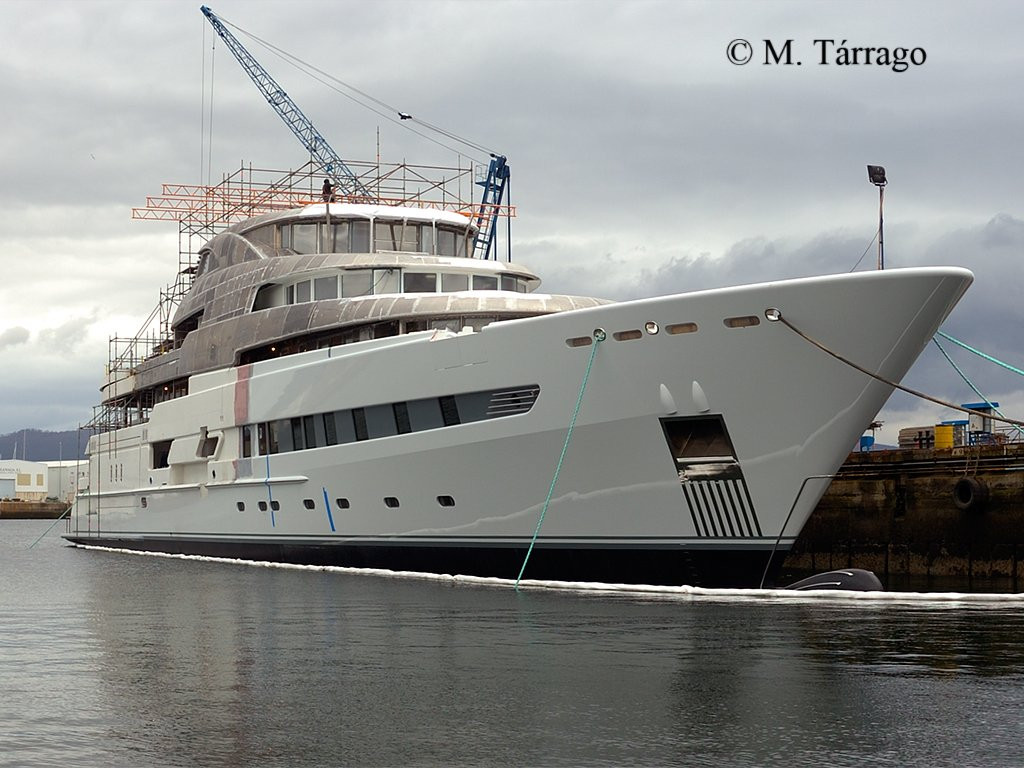 'Pegaso' is claimed by builders to be the world's largest and most advanced private research vessel. The 73.1m oceanographic superyacht, equipped with submarine, has been kept top secret and recently launched at a private ceremony welcoming 150 guests.

Launched by the Freire Shipyard in Vigo, Spain, Pegaso holds many outstanding features, one of which is that the magnificent expedition yacht is capable of traversing 10,000 nautical miles, which is the equivilant of sailing from Spain to Australia and back without refueling. She is equipped with enough engine power to reach a maximum of 17 knots with a capacity for 32 people, including crew and scientists.

The stunning expedition and research vessel is equipped with a 9 metre long submarine, allowing six people to dive up to 165 metres deep. The sub was built at an Italian Shipyard in Trieste and is kept aboard the vessel in a 150 metre square hangar. The research sub can reach a surface speed of 8kts and a submerged speed of 6kts and is powered by electric propulsion.

The owner is thought to be a well known Mexican Family who are extremely passionate about the sea, believed to be the people behind 'Grupo Pegaso' a successful telecommunications business. Pegaso's dedicated owners deck covers 120 square metres and has had a house built in one of the upper decks. Son of the owner Patrick Burillo attended the ceremony alongside the awaited visit of Jean-Michel Cuosteau, son of legendary investigator sailor Jacques Cousteau to see the magnificent marine research vessel hit the water.

With a beam of 13m, the sheer size of Pegaso will allow massive equipment and accomodation areas, crew and scientists are accomodated in a 328 square metre area with massive areas dedicated for scientific equipment and a seperate laboratory.

Very little is known about Pegaso as she was kept, quite literally under wraps, covered in tarps to maintain confidentiality by the shipping company. Built by a shipyard that specialises in commercial ships and cargo vessels it has evaded everyones radar, including ours. If we see her delivered to her owner this year, she will proudly feature in our Top 100.