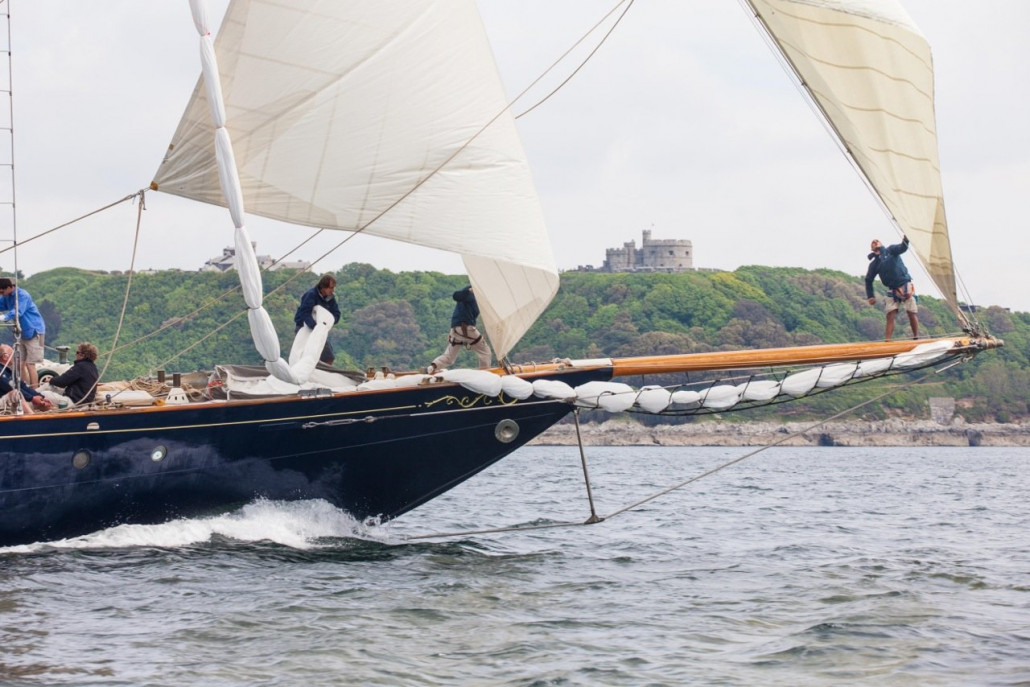 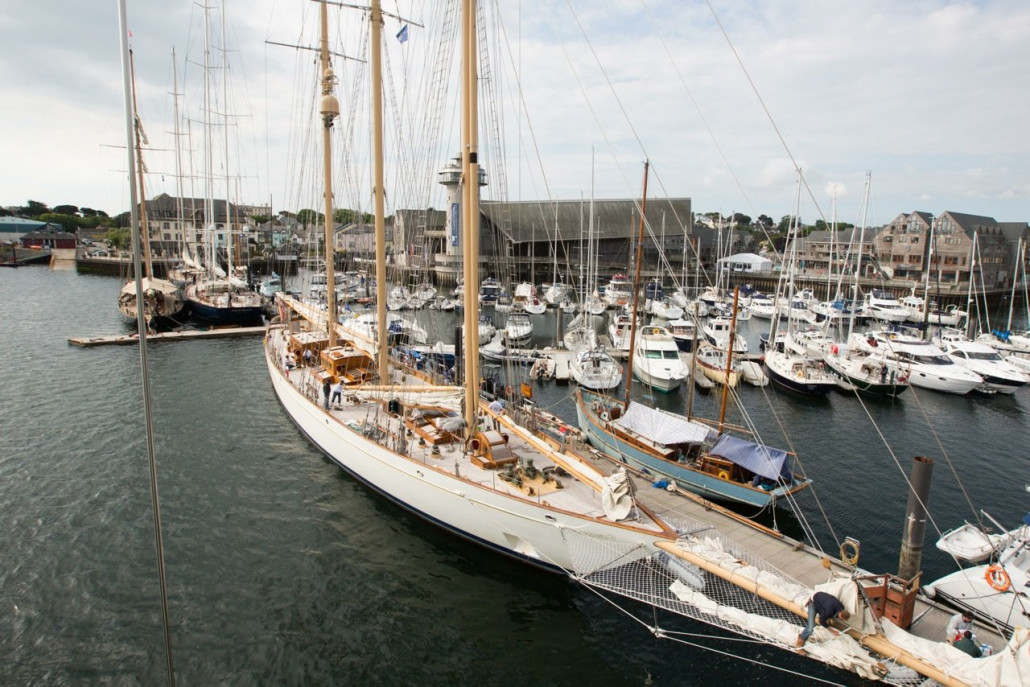 After getting off to a challenging start yesterday ending in a close finish, Day 2 of the Pendennis Cup brought more excitement on the water. Meaning Christopher and Velacarina were announced joint winners on corrected time.

According to a released report from Pendennis, “Conditions were near perfect with the fleet enjoying an extended course, from the shoreline close to Pendennis Head, then further out to sea northwards towards Gul Rock with a reach down to the Manacles.

Kelpie had an excellent start, with most of the fleet following her on a starboard tack heading towards Gyllyngvase Beach. Velacarina was the first yacht past the ‘Windward’ mark with Kelpie and then Mariette tight behind her.

During the long leg north, the battle for the top four places remained tight. With the leading group close together Christopher gained the advantage flying her kite to take Breakaway and Kelpie as they headed up towards the northern ‘Tango’ buoy near Gul Rock. As Christopher overtook the fleet Breakaway nudged up through the field battling with Velacarina who had the windward advantage. By the end of this long leg, Christopher had left the fleet behind and would maintain the advantage until the finish.

As the yachts returned from the ‘Tango’ buoy and headed southwards towards ‘Helston’ the spectacular scenery of the Cornish coast was enjoyed by the following spectator fleet, enhanced by the arrival of a pod of dolphins just off St Anthony’s lighthouse.
On the way southwards to the ‘Manacles’ the drama continued. In the distance Adix was gaining on Kelpie benefiting from the long reaching leg. Breakaway tore her code zero sail pushing hard to try and catch Christopher who rounded the ‘Manacles’ first for the final upwind leg. The Santa Cruz Breakaway and the classic Hereschoff Mariette challenged each other for second position. Christopher crossed the finish line at the entrance of the Carrick Roads, followed by Breakaway 5 minutes later. Mariette and Velacarina were next across the line, with Adix fifth followed by Kelpie.

After another closely fought race on Day 2 of the 2014 regatta Velacarina and Christopher finished in joint first position in the Pendennis Cup fleet on corrected time.

Cerinthe took the honours in the Little Dennis Fleet with the lead changing frequently throughout the day. The flat water and consistent breeze really provided an ideal playground for these beautiful classics. Thursday is Lay Day with racing continuing later in the week on Friday and Saturday.”

Click here for a look at the final results of Day Two.