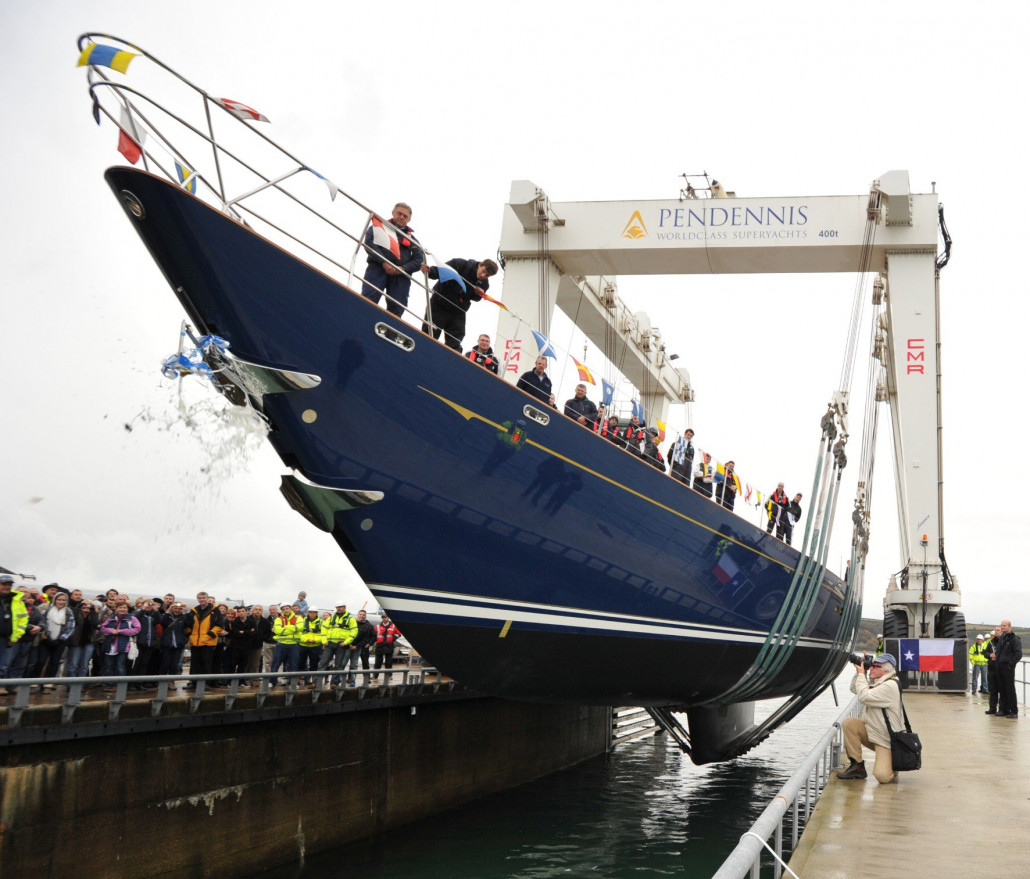 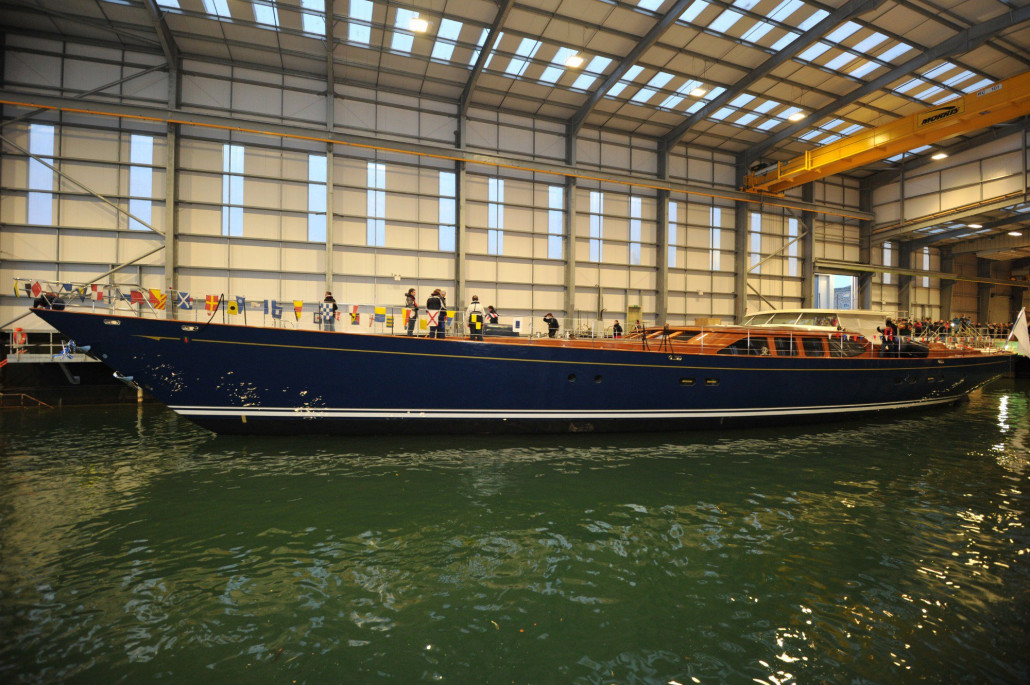 After holding an official ceremony for their latest new build, Pendennis has announced the successful launch of the 46m sailing yacht Christopher.

Launching from the shipyard in Falmouth, this impressive sailing yacht was placed into position over the slipway by the yard’s 400 ton travel hoist and was then blessed by Father Jonathan Bielawski from St Mary’s Immaculate Parish Church. After the blessing ceremony, her owners proudly smashed a bottle of champagne on her bow and watched as she was placed into the water.

The ceremony, attended by over 400 Pendennis staff and families, gave the team who had been working tirelessly on her for over a year and a half a radiating sense of achievement. Her proud new owners celebrated amongst those involved in the construction of the superyacht, such as Ron Holland, the man responsible for Christopher’s Naval Architecture and part of the interior design.

“Pendennis was chosen to build Christopher due to the successful build quality and delivery timing we had experienced with our earlier designs they had launched. They have not let us down” Explains Ron Holland. “Christopher is a magnificent example of world class yacht building. We look forward to showing her off during the forthcoming St Barths Bucket Regatta in March.”

The project of sailing yacht Christopher began in 2008 when Pendennis announced the partnership of Ron Holland Design and Palm Beach Yachts International to build a new 46m performance cruising ketch. The construction of this magnificent superyacht began in April 2009 and, although the build schedule of 22 months was extremely challenging, Pendennis managed to maintain their original delivery date.

Her owners also commented on the result, “We are thrilled with the beautiful yacht that Pendennis has created, and feel privileged to have had the opportunity to work with the team in Falmouth. Throughout the build of Christopher they have been extremely professional and accommodating to our requests. Not only have we enjoyed a fantastic working partnership but have also made some wonderful new friends, and are now really excited about racing her in St Barths!”

Superyacht Christopher can accommodate up to 12 guests in three impressive staterooms and an Owners cabin, with a further 4 cabins for crew. Sailing yacht Christopher is undergoing final preparations, such as her rig which is due to be fit in January and a final interior and exterior finishing before she is delivered in time for the St Barths Bucket Regatta in March 2011.