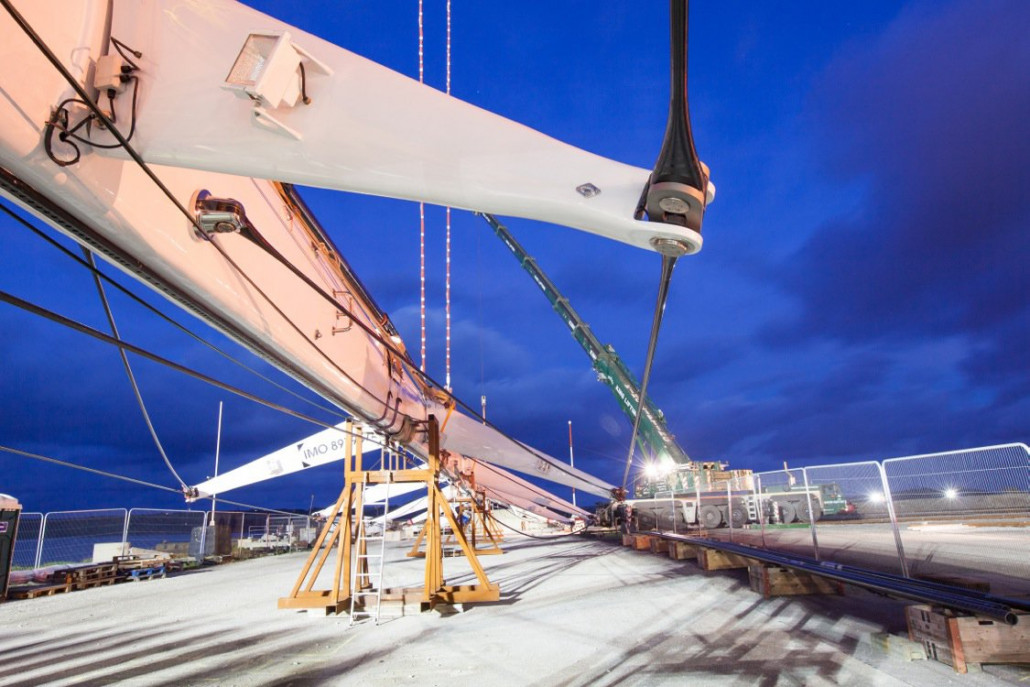 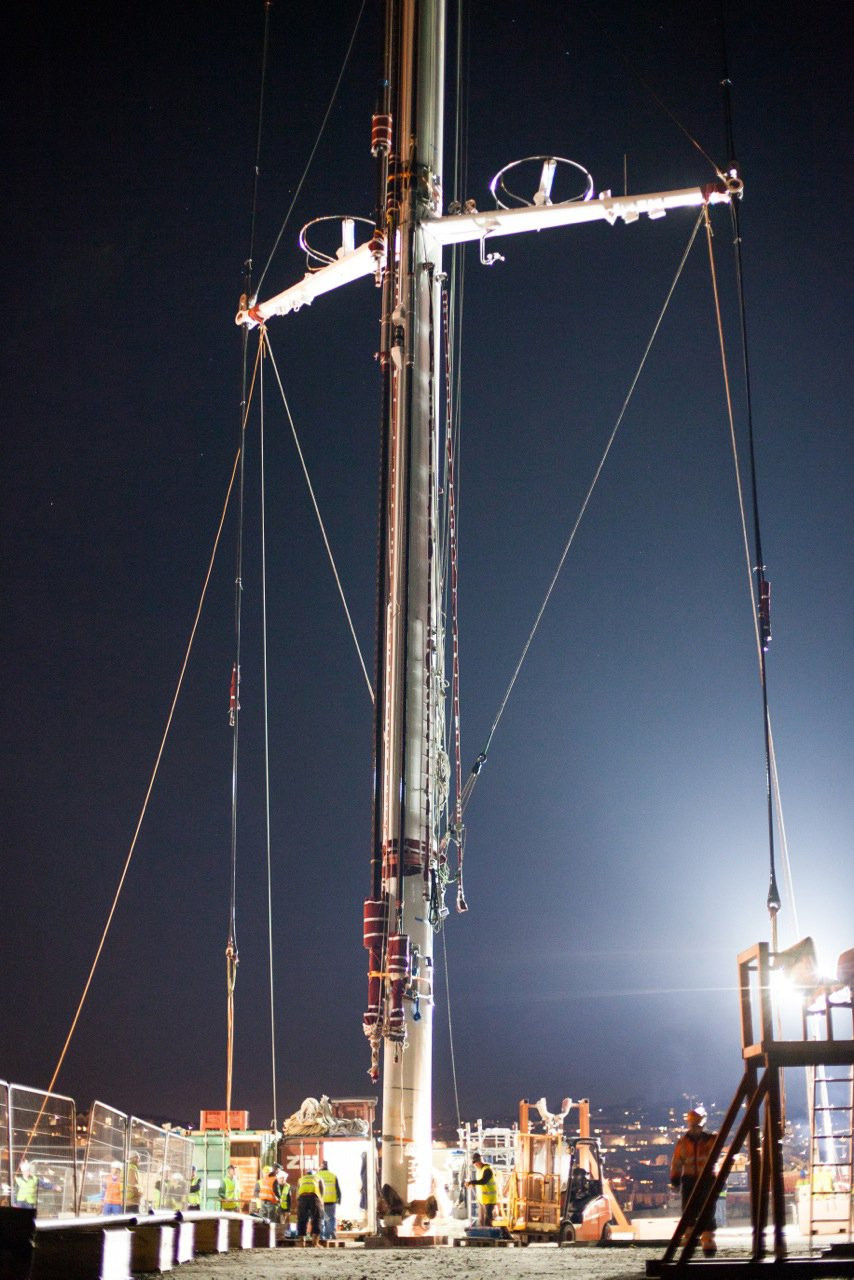 Pendennis has announced that the major refit and remodelling of M5 is nearing completion with her 89m mast stepping completed and an exciting schedule of milestones planned over the next month.

Last week the impressive 78m sloop left the Pendennis facilities at dawn to be manoeuvred to Queen’s Wharf at Falmouth Docks in preparation for her enormous 89m mast to be hoisted back into place.

Ed Danby, Director of Marine Results, explained the complexity of the operation: “The primary crane, provided by Ainscough Cranes with a lifting load of 1,000 tonnes, is one of only two in the UK capable of this operation. As the mast stepping required lifting to 300ft in the air it was crucial that the wind was less than 10 knots. The mast was hoisted at dusk whilst there was still just enough light to ensure the mast was safely vertical. It then took five cranes, supported by a team of over 30 people, five hours to complete the complex procedure.”

As the largest single-masted sailing yacht in the world, M5’s mast and rig are reflective of her size. When the yacht originally arrived at Pendennis as Mirabella V the mast and rigging weighed over 45 tonnes. However, part of the refit specification was to improve her rig and fittings replacing them with a system made of carbon fibre and titanium, designed and manufactured by Carbo-Link with OYS making the fittings.

Although the mast and spreaders have remained original, the 34 new carbon fibre stays have been constructed with built-in dynamic fibre optics displaying the load through a central computer. There are also advanced chafe and wear monitoring systems inside each of the carbon foils. This is the first time that this technology has been installed on a superyacht, being previously engineered for use on America’s Cup AC45 wing-sailed catamarans.

This change has reduced the weight of M5’s rig by an incredible 18 tonnes. Despite the lighter rig it is estimated that the strength gain is as much as 30%. This reduction upstairs meant the weight in the keel had to be reduced. So to further improve her sailing performance, extensive calculations by Ron Holland Design required 60 tonnes to be removed from M5’s keel during her refit, balancing the stern and interior modifications that have added to the yacht’s weight overall.

Following its stepping the mast will be pre-tensioned to achieve the estimated correct load on each of the stays, and the electronics are in place to monitor the sensors in the rig. The next few weeks will be spent observing and adjusting the length and fittings on the stays to achieve dock-true settings. The new rig will be tested in full during M5’s sail trials scheduled for early November.