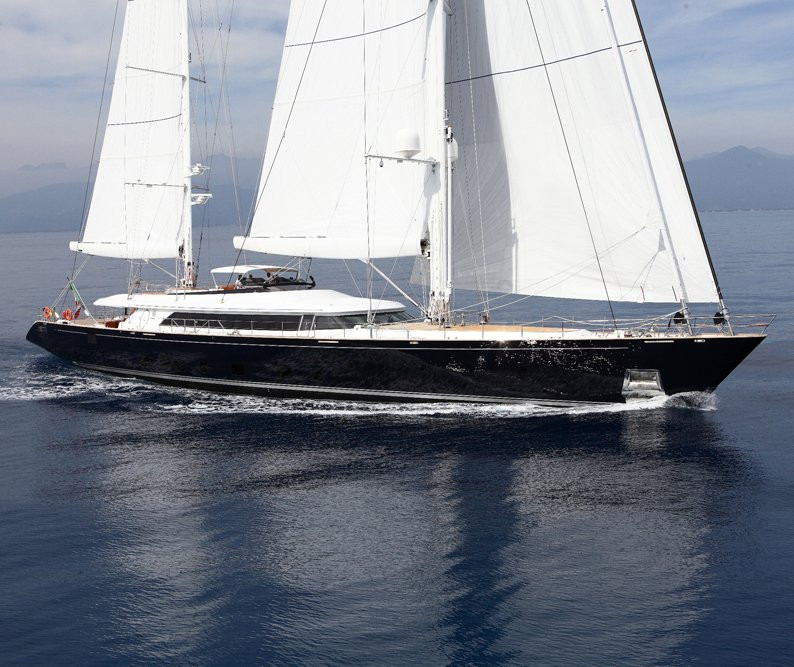 Hull C.2173, the 52nd sailing yacht in the Perini Navi fleet, is the most recent delivery to come from the leading Italian yacht builders who are cutting a swath through a very busy order book.

The aluminium ketch Hull C.2173 is the second vessel in the new 50m aluminium series and was launched on April 2nd 2012. Designed by Perini Navi’s in-house naval architects in collaboration with New Zealander Ron Holland, Hull C.2173 has been constructed in aluminium and has sleek, aggressive lines. These, united with a longer waterline and strongly vertical appendages, make for improved sailing performance.

The ketch sail plan, designed and built by the Perini Navi Group’s Mast Department, totals over 1,400 square meters and is handled through 11 reel captive winches. The main and mizzen masts measure 56.7m and a 43m respectively, and are in aluminium while the furling boom and spreaders are in carbon fibre.

The hull has an opening transom that becomes an ample beach platform. The 19’ main tenders is housed under the fore deck in a flush tender well that also houses a catamaran that can be mounted for day sailing.