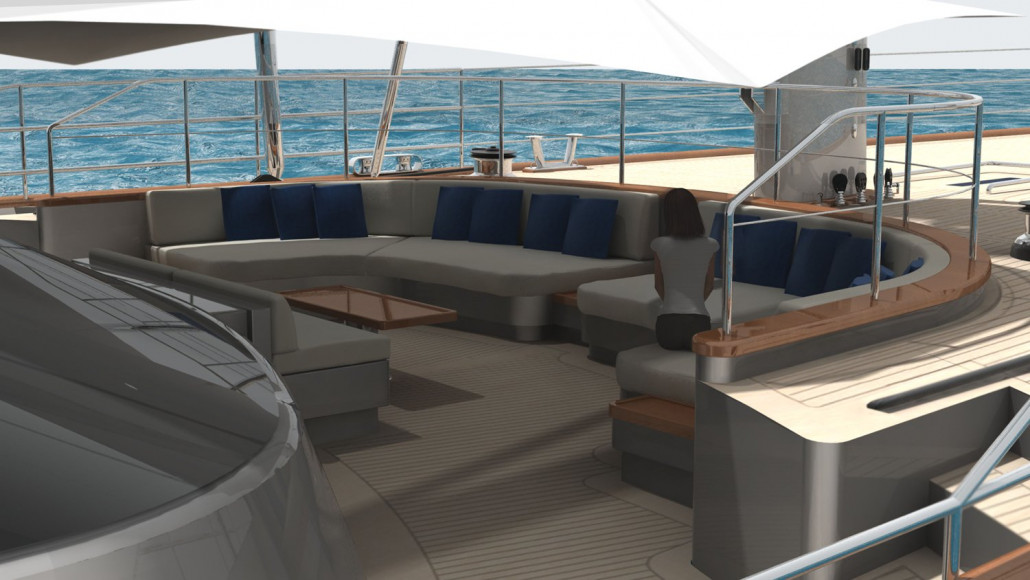 After launching a new series of 60m sailing yachts, Perini Navi has already signed two sales contracts for a total value of more than €70 million.

The two sailing yachts, a ketch (C.2193) and a sloop (C. 2218), are due to be delivered in 2013 and 2014 respectively. The new line of 60m sailing yachts were created by the Perini Navi Group design team to represent the natural evolution of the successful 56m series which has already seen ten launches since its development.

The 60m series hosts a whole range of technical and design innovations, such as the new generation of captive winches which are faster, lighter and more powerful and yet smaller than the previous. In terms of design, the yacht’s layout has been completely redone with a lighter structure and a leaner deckhouse, differentiating itself from the earlier 56m model through an enhanced amount of outdoor space and a new internal layout.

The announcement from Perini stated, “Notwithstanding a difficult market, Perini’s 2010 performance was positive. The Perini Navi Group closed the fiscal year with a value of production of €102.4 million, with a growth of 10.6% compared with 2009. The principal economic indicators were all positive and aligned with the Group’s expectations: EBITDA was at €13.1 million and EBIT at €7.7 million, positive values when compared with the trends reported by other companies.”

Perini Navi delivered three sailing yachts, Panthalassa, Melek and Fivea, alongside one Picchiotti Vitruvius motor yacht in 2010 named Exuma. On top of these successful deliveries, a contract for a 45m sailing yacht was also signed in 2010 and the second Picchiotti motor yacht of the Vitruvius series, a 55m C.2156, is set to be delivered in August 2011.