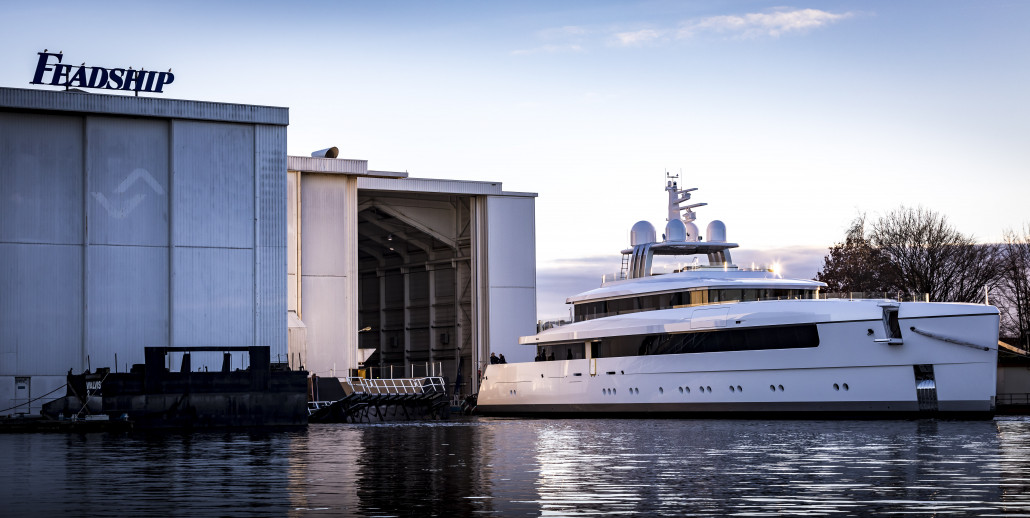 Peter Wilson on Representing the Owner of M/Y Najiba

Co-founder of MCM Peter Wilson has released an interview about his role as owner representative for M/Y Najiba. The 58m was the first vessel to hit the water in 2019, marking MCM’s first partnership with Feadship and their largest project to date.

Peter Wilson was faced with the task of acting as the middleman between the client and those involved in the design, build and delivery of Najiba. A representative must act as the owner’s eyes and ears in a role that requires multidisciplinary skills including navigating technical aspects, contractual questions, forecasting schedules and budgeting.

The concept of Najiba was born when Philippe Briand contacted MCM with the news that they had a client wishing to build a 58m Vitruvius. “We presented an initial proposal and followed up with some direct dialogue with the client by phone. That first phase went extremely well and during a subsequent meeting at the client’s office, MCM was signed up to get the project to the shipyard contract stage,” says Peter. The management firm selected the shipyard and guided the owners through contract negotiations before moving onto phase two: representing the owner’s interests throughout construction.

Once the initial arrangement planning phase was complete, attention turned to the boat’s interior, which was executed by Studio Liaigre. “As one goes through the detailed development of such a sophisticated interior, there are inevitably a number of modifications, which meant establishing the validity of the change orders and ensuring that the man-hours and costs being proposed were reasonable and fair,” says Peter.

One major modification that cropped up was the decision to use aluminium rather than steel hull - an agreement which was settled upon for the material’s seakeeping characteristics, roll period analysis and enhanced speed and efficiency. Peter expands: “Both Briand and I were keen to build in aluminium to have a lighter, more efficient and generally more modern yacht. The owner was initially on the fence, as he felt a yacht of such substance would typically have a steel hull. However, all the evidence pointed to aluminium as the most suitable material. The owner was convinced and that’s how we proceeded.”

Peter reveals that the Najiba’s owners were intimately involved in the design process, being themselves technically knowledgeable. They were also very present throughout, quick in decision-making and communicative with queries. Their familiarity with the process, which Peter feels “made the whole experience more enjoyable for them and will enhance their sense of accomplishment”, is ultimately reflected in the quality of the end product. Such a level of involvement invariably makes Peter’s job easier: “With ‘hands-off’ owners we sometimes find ourselves having to make personal decisions for them, which is not ideal. Some clients just want to be called when the job is done; others want to be involved in every nut, bolt and door handle, but I have no doubt which is the more rewarding.”

Peter Wilson finishes the interview by commenting on MCM’s historical association with the sailing world rather than the motor yacht community: “Both sailing and motoryachts have engines and generators, AC and audio-visual systems, and so on. The difference is that on a sailing yacht we have to squeeze it all into a weird shaped hull. Then we add masts, rigging, sails and winches and heel it over at 25 degrees and shake it all about!” MCM have built several motor yachts, including Cassiopeia and Calliope at Holland Jachtbouw and CaryAli at Alloy Yachts, and are gradually moving into this remit.

Najiba is just undergoing finishing touches in preparation for sea trials prior to her delivery to her owners in mid-March. We trust that her handover will be a seamless affair under the guidance of Peter and MCM.

"Some clients just want to be called when the job is done; others want to be involved in every nut, bolt and door handle, but I have no doubt which is the more rewarding."

"Some clients just want to be called when the job is done; others want to be involved in every nut, bolt and door handle, but I have no doubt which is the more rewarding."