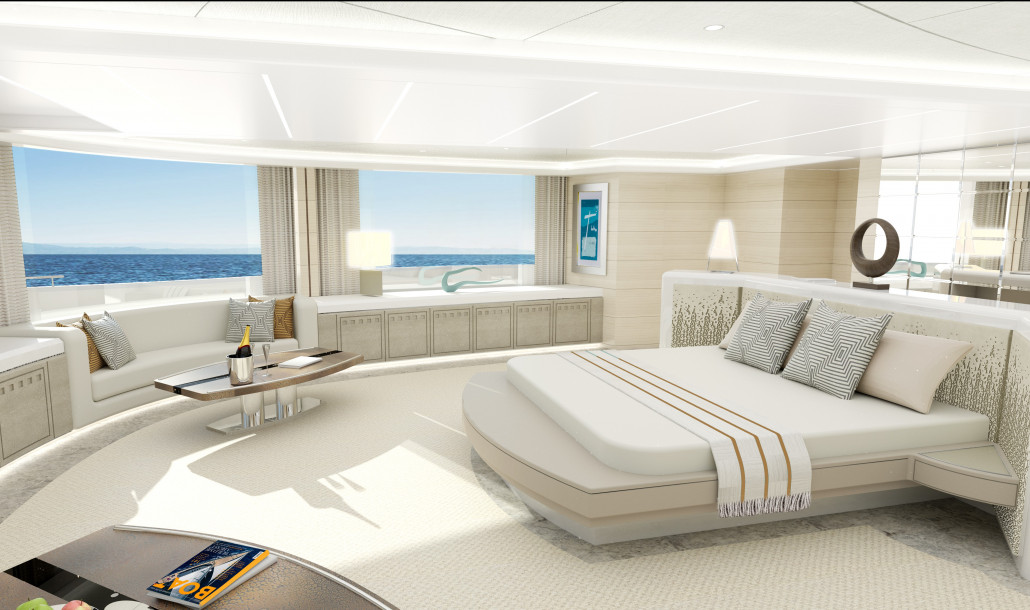 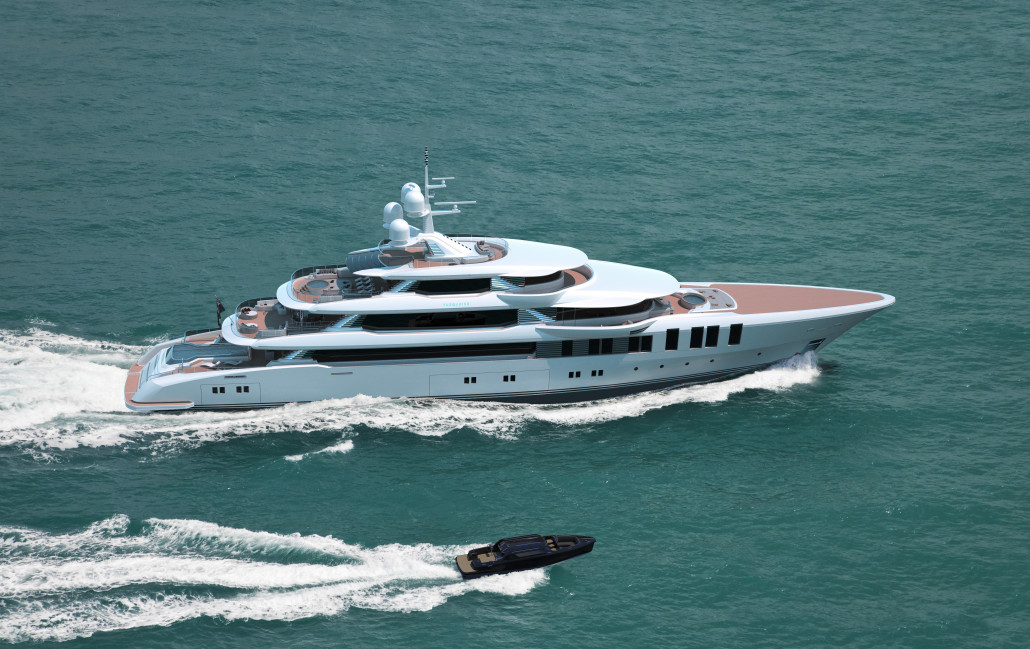 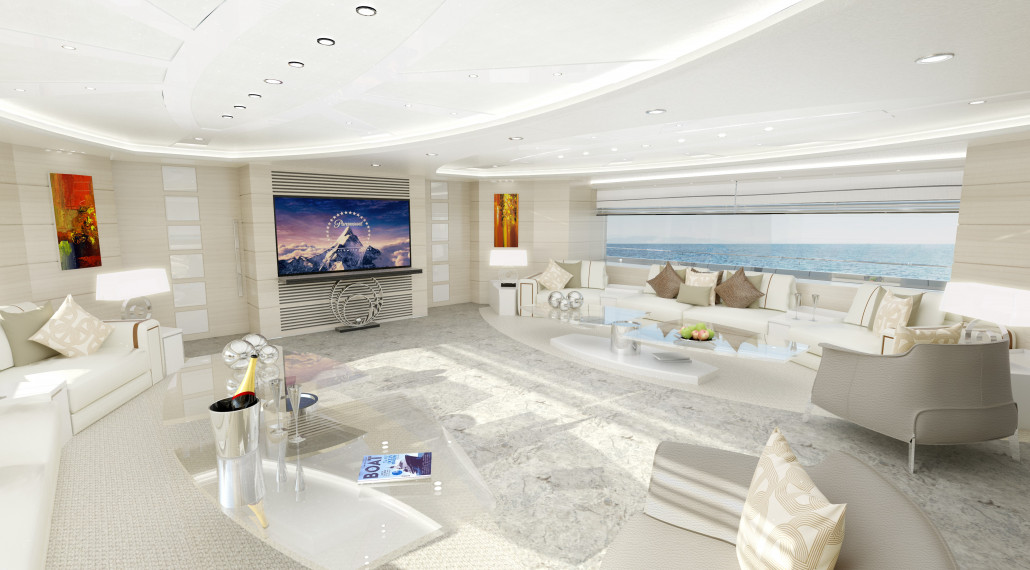 The perpetual buzz around 47m Razan and the recent sale of 55m Turquoise: Turquoise Yachts have spent suitable amount of time in the media of late. However, their recent update sparks considerable excitement for the future with a new insight into their 74-metre project that just can’t wait to escape the shed!

Due for hull and superstructure completion by August 2018, there’s been a lot going on inside the builder’s Proteksan facility. Today, never-seen-before renderings emerged of exterior styling by A. Valicelli & C. Yacht Design and interior visions from Ken Freivokh Design showcasing a chic, slick and uncompromising build that doesn’t skimp on the subtle intricacies.

Nevertheless, it’s not all understated. The yacht features a dramatic full beam beach club opening to the swimming platform and complete with shell doors either side which open to become extended platforms welcoming the sea.

Further, the tender garage is another indulgent detail, with a substantial door giving access to a full-length 9.6m Pascoe limousine tender as well as a multi-purpose guest tender, all in addition to a crew tender and garaging for a number of jet skis. In every sense, making sure that the giant doesn’t lose its close relationship with the ocean.

On the inside, “The interior design focus is on classical elegance,” says designer, Ken Freivokh. “The idea is to achieve a layout that has complete integration between the decks and key internal spaces— with everything designed to maximise the continuity of the yacht’s lines as well as long sightlines.”

With concentrated considerations on integration between decks and internal spaces, the yacht’s continuity of long sightlines presents infinite open spaces enhanced by a clean, white palate with regal accents of honey.

In terms of expected features, the spiral staircase, poised in the yacht’s - again spacious – atrium is set to be a talking point. As are the panoramically designed saloons, open to the aft decks; yet another attempt to keep guests close to the horizon. The accommodation has been developed to cater for 12 guests, but the piece-de-résistance is the owner’s stateroom, located forward on the upper deck and opening wide to a private deck with seating and a Jacuzzi.

So while we marvel the new renderings, anticipation builds once again for what Turquoise Yachts (and the winning design team) will bring to the water.