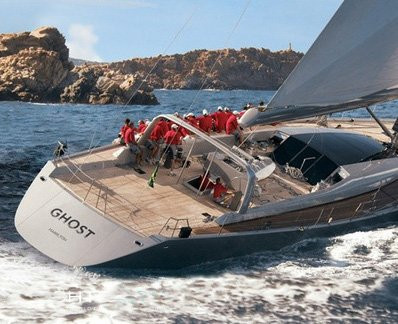 A few weeks ago, Piet Brouwer’s engineers were brought in for the repair of the electrical system onboard the Vitters-built 37.2m superyacht Ghost after being hit by a lightning strike.

A powerful lightning strike hit the standing rigging of sailing yacht Ghost, causing severe damage to different parts of the electrical system. Although the damage was considerable, fortunately no one got hurt, and, by acting quickly, the crew was able to prevent further consequences for the yacht. At the time of the incident, Ghost was on her way to the Caribbean. The yard in West Palm Beach (Florida) was the nearest reputable shipyard and the crew of Ghost decided to have the haul-out and repair operations carried out there.

The choice of Piet Brouwer electrotechnology for the repair of the electrical systems was simple, as the Urk-based company originally built the system and therefore knows it in detail. The engineers first scrutinised the damaged system to determine which parts were still working well and which had to be replaced. This allowed all the necessary parts to be ordered so that the yacht could quickly continue her trip to the Caribbean.

The service battery bank was damaged so badly that it had to be completely replaced. Since batteries of the type OPzV weigh 680 kg and can only be produced in Europe, it was a real logistical challenge to get them onboard in time. After the necessary paperwork was completed, the batteries were eventually delivered by air.

During the start-up of the system, all components were carefully monitored by engineers from Piet Brouwer electrotechnology. Ghost is now once again in top condition and ready to sail the world seas.