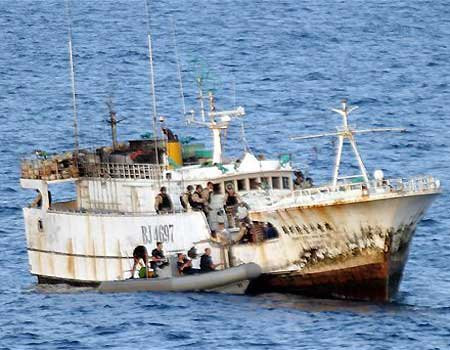 Piracy and Superyachts - Important Advice for Captains and Crew

The Gulf of Aden has seen an increase in pirate activity after the collapse of the Somali government in 1991. As piracy increases, superyachts have become a potential target, although no superyacht has ever been successfully hijacked. In order to find out how superyacht captains can ensure a safe journey for superyacht owners, we spoke to two key industry experts.

Preventing an Encounter
Martin Murphy, author of Contemporary Piracy and Maritime Terrorism, advises “Keeping in the appropriate shipping lanes is important but, at the same time, you must maintain communication with the correct authorities before and during the journey i.e. the MTO (Maritime Trade Organisation) so they are aware of your position.” Preparation for a journey is imperative as Graeme Gibbon-Brooks of the Dryad Maritime Intelligence Service notes “Be prepared before proceeding to an area by reporting your intended transit and updating both native and foreign Navy members of the region daily”.

Certain areas and transit corridors have a heavy naval presence strategically placed to protect ships and deter attacks. “The best bet is to utilise the IRTC (Internationally Recommended Transit Corridors) which put all the good guys in one place; it’s called a concentration of force in the Warfare Doctrine, meaning the Navy require fewer assets to protect themselves and others. Joining convoys of various vessels and differing speeds enables you to pass through the threat areas at the same time, guaranteeing safety.”

Evading an Attack
Knowledge of the areas and updating the relevant authorities will prepare you, but what can you do to directly prevent or evade an attack? Graeme Gibbon-Brooks commented “There is a Naval Warfare saying - “Speed is Life”, superyachts are at a real advantage as most skiffs are put off by ships that are much faster than them”

Martin Murphy stated that “Time of day is another important factor. During the day or on nights with high lunar intensity are the most likely times of attack due to high visibility. You can prevent a lot of problems by having a good lookout in the day and travelling dangerous areas at night, especially where Somalia is concerned.”

Mr. Gibbon-Brooks said “It’s imperative to improve surveillance. It may sound like we’re telling you to look out the window, and that’s exactly what we’re doing ... You’re more likely to spot danger early as a good lookout can see around 5 nautical miles with the human eye. As soon as danger is spotted, you need to manoeuvre and alter course – they’re not going to waste fuel chasing people who have seen them when they’re already so far out. Most radar are not optimised for pirate skiffs which occupy little more than 2 m2."

Deterring an Attack
There are multiple methods in which to prevent or evade pirate attack but it is important to understand the methods of the pirates beforehand. It is widely noted that the end of the monsoon season and the resulting calmer waters usually bring the beginning of the most active period in the Gulf of Aden, with around half of the reported 47 commercial and cargo ships hijacked last year were taken in March and April.

The usual targets for pirate activity are commercial or cargo vessels that do not necessarily pose a threat through their low performance and speed. Martin Murphy stated that when Somali Pirates attack commercial vessels “they use gunfire, firing rounds from AK 47’s or RPG’s in order to intimidate Captains. However, Ships moving fast enough can stop the pirates being able to board as their skiffs can only manage around 30 knots in calm waters ... However, superyachts have the weakness of having a very low aft area which makes it easier to board, which is why you need to maintain a keen lookout and prepare. For example, I’ve heard stories of people putting a layer of thumb tacks on the swimming deck as most pirates usually board bare foot.”

Outsourced Protection
Another method of deterrence is to hire contract security companies who can provide expert surveillance methods, also offering to engage or suppress pirate attacks. Mr. Gibbon-Brooks stated “even though they have advanced kit, it is still very hard to determine a good guy from a bad guy. The skiffs they use resemble fishing skiffs and if security companies fire on the wrong people the owner is most likely liable for the contractor’s action” A pirate was killed by a contracted security official for the first time this year, and although pirates never usually harm crew, it could bring about an increase in violence if both attacker and ship are armed.

Surveillance and defence technology is readily available to ensure safety. Nobiskrug have recently released their Mega Yacht Defence System, offering a significant increase in onboard security using state of the art technology which is scalable to the owners needs. The equipment holds continuous surveillance, automatic alarms, effective defence management and secure communications to name a few.

It is wide knowledge that the Gulf of Aden and the route from the Med to the Indian Ocean can be dangerous places for yachts and vessels to traverse but it is also highly possible that a superyacht can travel through untouched, if the correct precautions are taken to ensure a safe trip. “A Superyacht has never been taken but it is still essential to go prepared, travel during the night in certain areas and take further methods of protection.” There are many methods of prevention and evasion in order to avoid pirate attacks or raising any attention, but it is important that owners and captains understand what has to be done before and during a voyage.