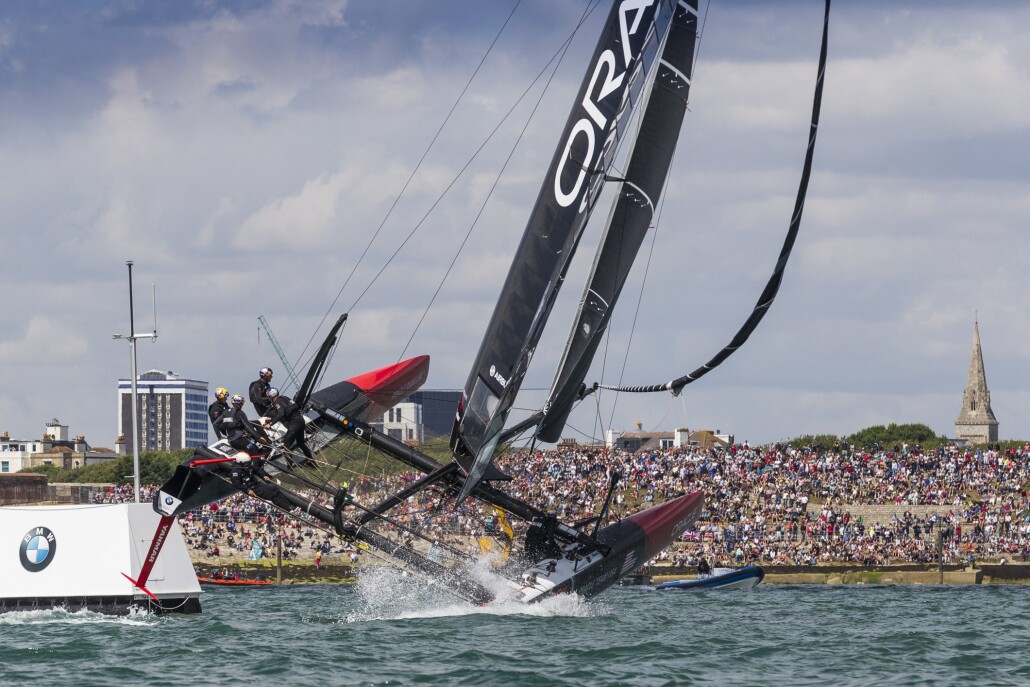 In 100 days, the best sailors and fastest boats in the world will return to Portsmouth to compete in another round of Luis Vuitton America's Cup World Series action.

For that event, many of the teams had only just launched their foiling AC45 catamarans and Sir Ben had got to grips with this challenging boat quicker than his international rivals. However, this year's event in Portsmouth will be the seventh on the circuit and the level of competition has stepped up a few gears since last summer.

"This time around everyone's had plenty of time in the boats, so the standard of boat handling should be a lot closer by the time we get to Portsmouth, and there will probably not be such big differences between the speed of the boats,” says Land Rover BAR's sailor Paul Campbell-James.

“As we've seen for most of this year, any team can win any race. You've got a lot of Brits across the teams which is great for the home crowd. Obviously our boat is full of Brits, then there's Iain Percy on Artemis Racing and Chris Draper on Softbank Team Japan.

“Anyone can have their day - you've only got to look at the scoreboard to see that Emirates Team New Zealand lead with Oracle Team USA just in front of us. The Japanese and French teams are definitely getting better, and you wouldn't bet against any team."

But it won’t just be about the sailing in Portsmouth. Off the water, there is a packed three-day public programme of entertainment, including three thrilling aerobatic displays.

Spectators can join the action on land in the new Race Village, home to a special Kids Zone, Tech Zone and Team Zone with lots of interactive activities for all ages, and the chance to learn more about the America's Cup and the incredible technology behind it.

Event Director Leslie Greenhalgh added: "We're really excited about our new Race Village for 2016, which is going to include lots of hands-on activities as well as live commentary and big screen coverage of all the racing.

"The teams are going to be docking in and out close to the spectator area, and we'll be getting the sailors up on stage to hear their reactions straight after racing. There's going to be a fantastic atmosphere with supporters cheering on our home team and we want to give them a great send-off before they head to Bermuda in 2017."