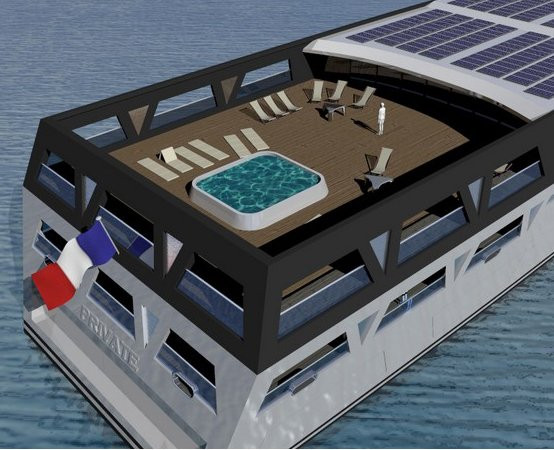 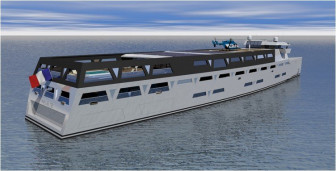 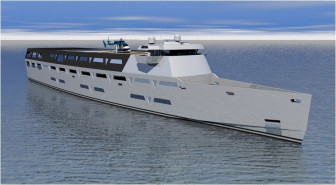 'Private’ the new 89 metre superyacht concept built to save

Private is a new superyacht concept by Sylvain Viau of SV Designs which has been recently revealed, adding to a long list of intriguing concepts.

At first glance Private appears to be an industrial frigate, but the new concept by French designer Sylvain Viau has conceptualised a boat focussed toward savings thanks to the use of simple geometric shapes used all over the boats basic design. The yacht, which comes in at a massive 89 metres, has a cumbersome and somewhat rigid design.

Private may be aptly named as the geometrically designed windows hinder outside views into the sun deck, but they also partially block out the surrounding view for those who are relaxing in one of its many desirable features such as the hot-tub, VIP areas or massive personal suites.

The Yacht benefits from a helipad and things set in place to limit power consumption such as greener air conditioning technology and solar panels, acting as a partially covering roof of the top deck, to generate power friendly water heating for amenities.

Sylvain’s previous yachts have all had a unique predominant focus, such as his yacht Organik, which was cleverly designed to save carbon emissions or the Cyclop which holds a giant glass orb in the superstructure to gain light.

It is hard to see how this concept will be commissioned for construction, although admirably built for savings; an 89 metre boat with such an unimaginative, industrial and rigid design is unlikely to draw the attentions of those with the facilities to bring such a concept to life.

"Sylvain&rsquo;s previous yachts have all had a unique predominant focus"

"Sylvain&rsquo;s previous yachts have all had a unique predominant focus"