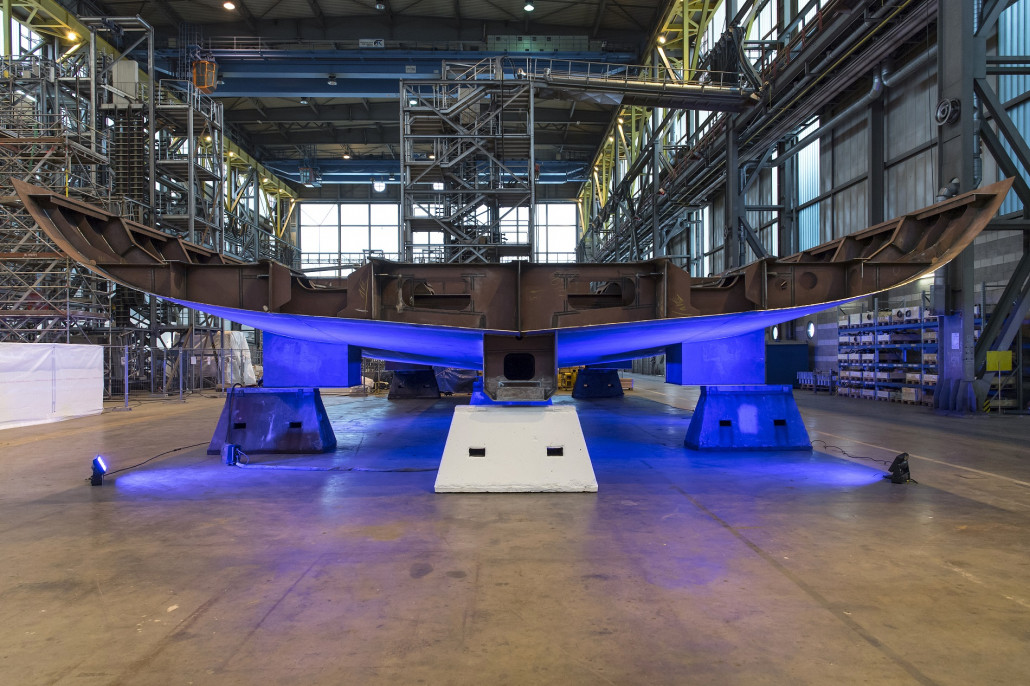 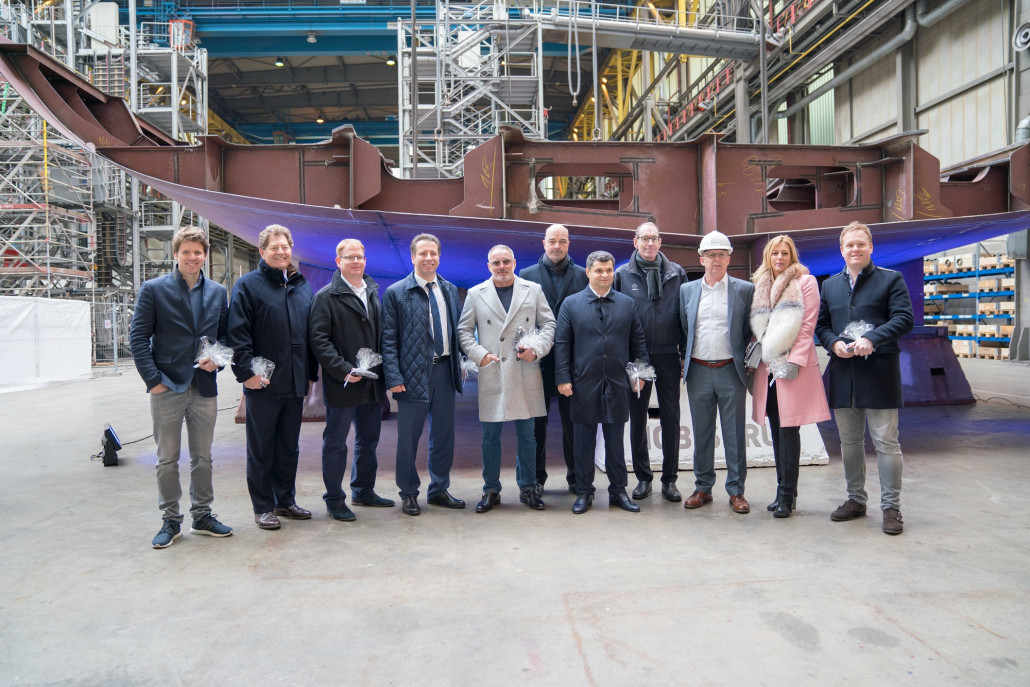 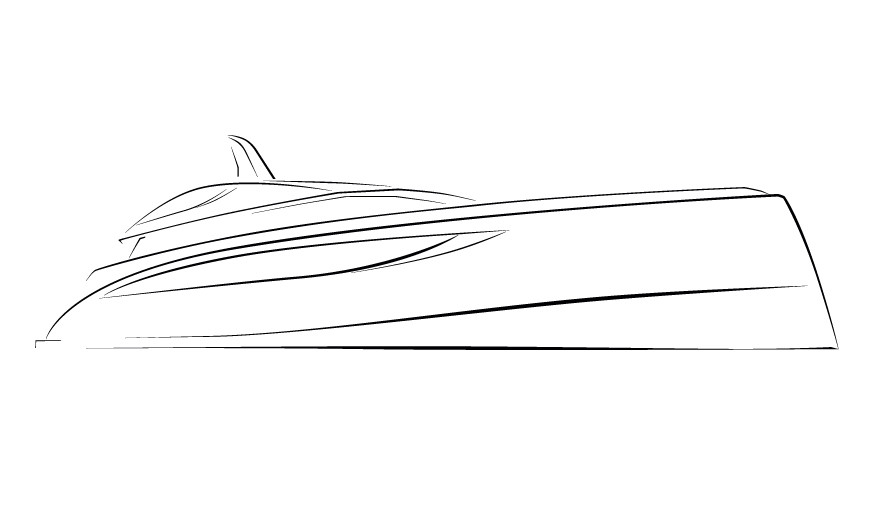 Nobiskrug is on track for delivering their brand new project: Black Shark. Following its successful keel laying ceremony yesterday, the 77m giant is due to be delivered in Spring 2021.

Imperial Yachts orchestrated the sale of Black Shark, and will continue representing the Owner throughout the build process. Brokerage CEO Evgeniy Kochman, reported that the company is thrilled to be collaborating with the German building tycoon, especially on a yacht of 70m+: “We are pleased to team up again with our esteemed partners at Nobiskrug. Project Black Shark is a major milestone for Imperial on several aspects: the very first Imperial vessel designed in close collaboration with Winch Design and Sinot Yacht Architecture & Design, and the very first publicized superyacht project from keel laying to delivery.”

The CEO continued: “With Project Black Shark, together with Nobiskrug we want to give a clearer understanding of our industry and how exclusive creations are coming to life, who are the people behind. We will not only reveal to the world an exciting 77-metre superyacht, but a vision from the inside like it was never done before!”

The keel laying ceremony marks a milestone in the construction process. As well as the physical placing of the keel laying section, the event also features the ceremonial coin insertion - a tradition that sees the Owner place a coin under the keel to mark the start of the hull assembly, but also as a symbol of good luck. The coin is retrieved and returned to the owner when the yacht nears completion.

Nobiskrug is notorious for being an innovative yard that is constantly pushing boundaries in naval architecture and design. True to this reputation, Project Black Shark promises great things. She will sport an exterior dynamic enough to match her name, penned by British studio Winch Design, and a contemporary interior by Sinot Yacht Architecture & Design. Distinctive for her reverse bow, the 77m will also boast features such as two luxury tenders, a spacious on-deck whirlpool, three decks of imposing interior and a grand beach club and spa area.

Holger Kahl, Nobiskrug Managing Director, has said the following about the project: “We have decided to open our doors and give exclusive behind-the-scenes access. The build process is often cloaked in darkness and secrecy, so on this occasion, we are enormously happy to be able to share our innovations and processes.”

With two teams of remarkable designers overseen by a highly experienced management company, we can expect to see a truly impressive yacht emerge from the shipyard in the spring of next year.

"We will not only reveal to the world an exciting 77-metre superyacht, but a vision from the inside like it was never done before!"

"We will not only reveal to the world an exciting 77-metre superyacht, but a vision from the inside like it was never done before!"