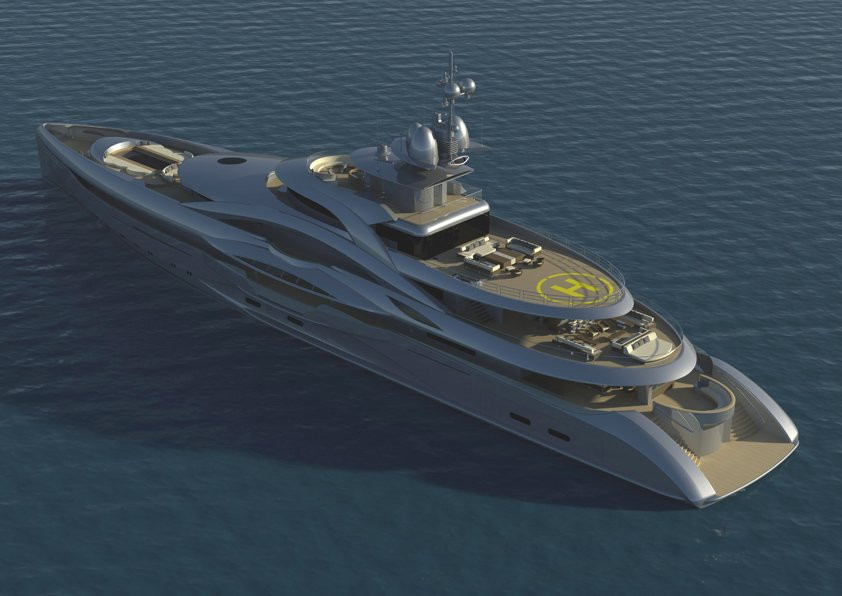 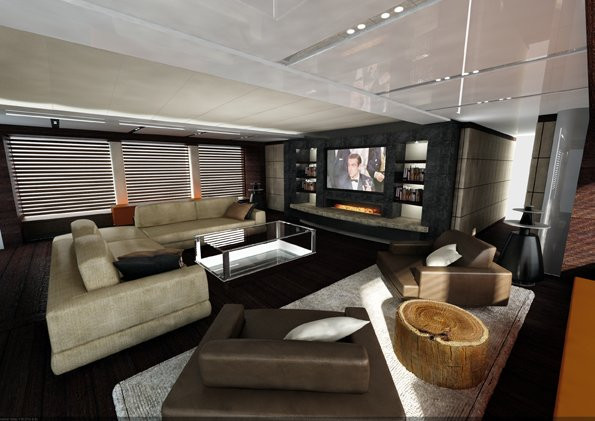 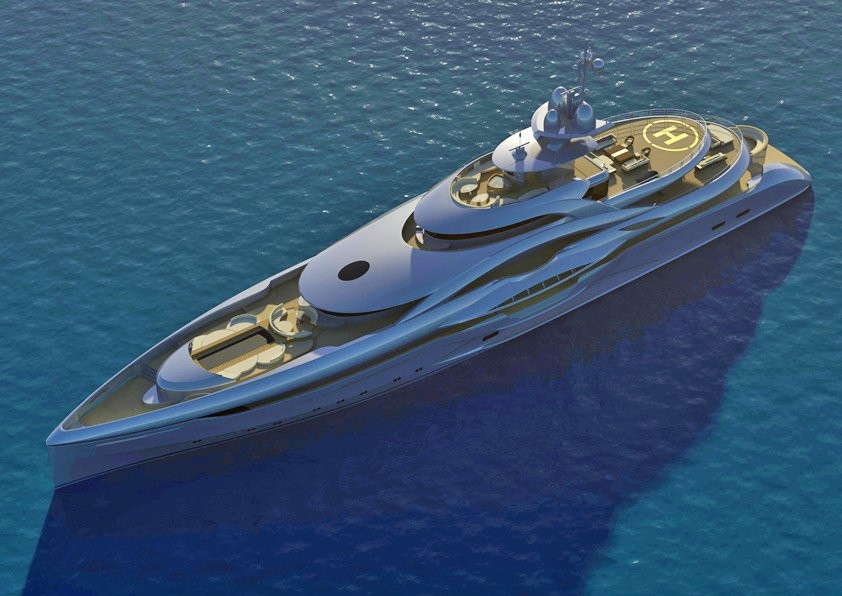 Project Mars: A stellar concept from H2 and Fincantieri

Begun with an owner’s idea but continued with a shipyard’s passion, the 90m concept yacht Project Mars is more than ready to build.

The project was originally created for an owner who had a change of heart during the development process, only for the reigns to be picked up by Fincantieri who continued the design process.

Easy access between all decks is planned with the service of a glass elevator and the interior has been cleverly arranged to allow separate access and passages throughout for the crew.

Occupying one of the highest areas of Project Mars, the bridge deck continues the strong glass theme with the enclosed areas of the deck totally encased.

It is anticipated the super yacht would be powered by two MTU engines for a top speed of approximately 18 knots and be equipped with the latest systems for noise and vibration reduction.

Project Mars will be revealed by Fincantieri at the Monaco Yacht Show beginning September 23.

"Amongst the highlights of Project Mars are an immense beach club with gym and spa, and a private owner&rsquo;s deck including a seven-metre pool and seating area forward."

"Amongst the highlights of Project Mars are an immense beach club with gym and spa, and a private owner&rsquo;s deck including a seven-metre pool and seating area forward."