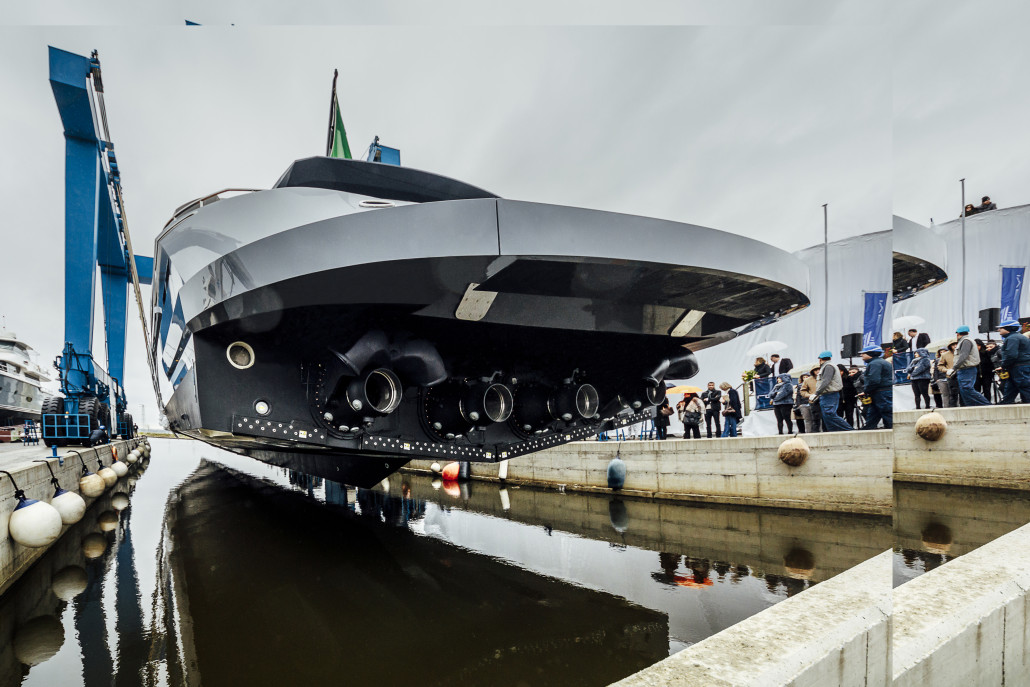 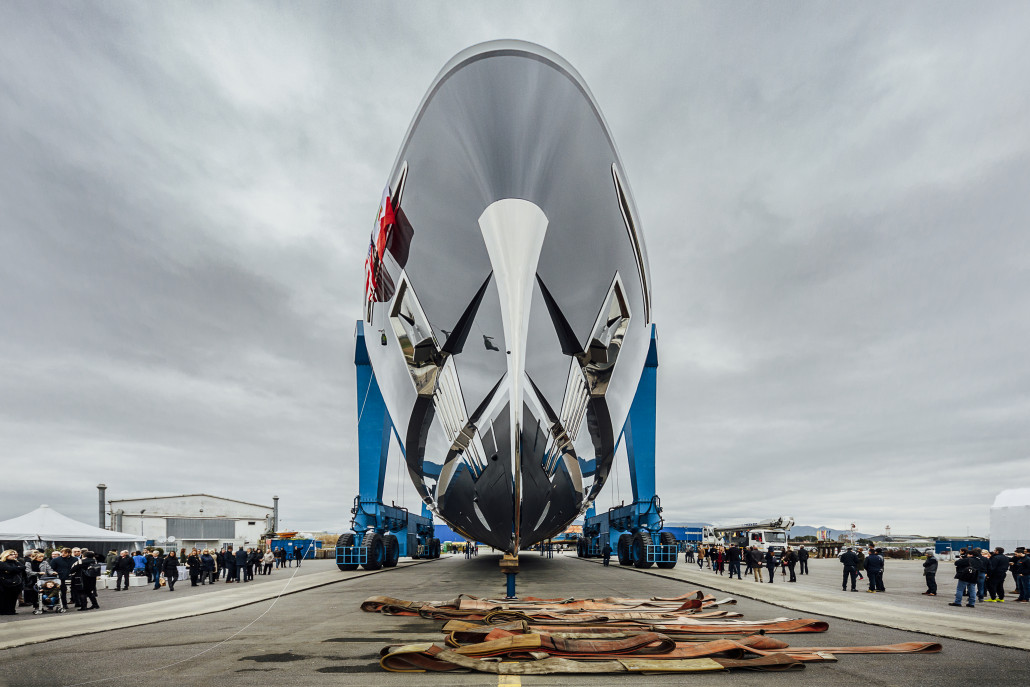 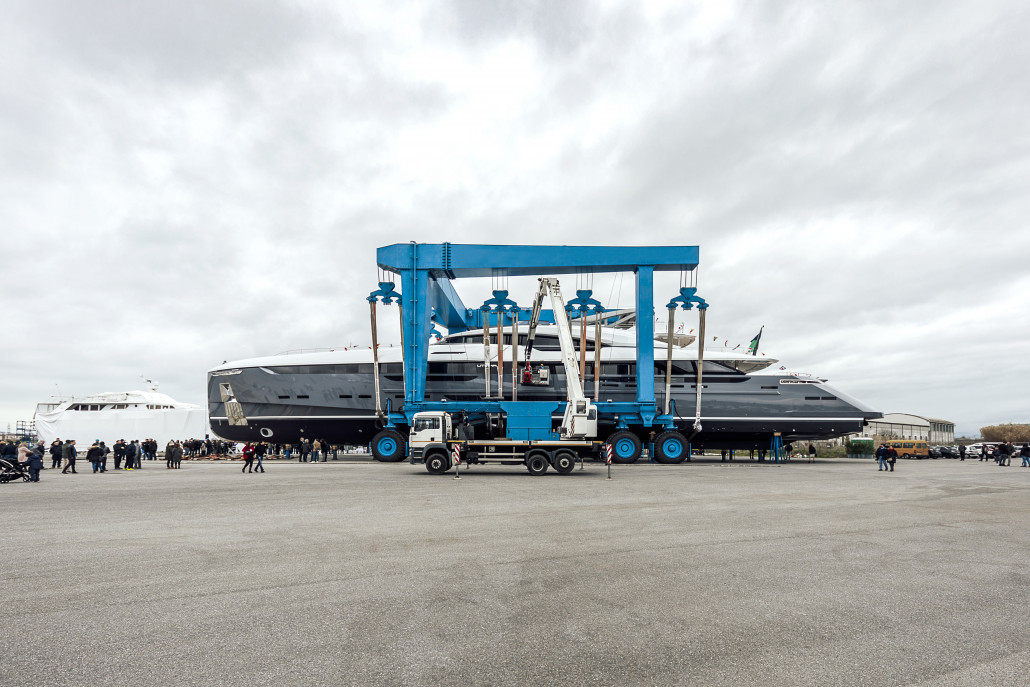 Having built an empire, JR Ridinger the owner of the latest launched Utopia IV by Rossinavi, built his latest superyacht dream with entertainment, business and family in mind. With such a sentiment, the process of merging design, function and aesthetic couldn't have come together more perfectly following previous fleet members such as Utopia I, II and III. We find out how the latest legend of them all, the Rossinavi built Utopia IV, made every asking dream a reality.

Congratulations Loren and JR on bringing 63-metre Project Vector to the water. How has your journey working with Rossinavi and Enrico Gobbi to bring this vision to life?

Thank you very much, that's a great question. I never built a yacht before and never really considered it as an option because I had heard too many shipyard nightmares. We had scoured the marketplace to find a vessel that met our requirements for a new yacht that would have more space for entertaining as well as our rapidly expanding family.

Thankfully, I was forward-looking/thinking as yachting has become a lifestyle that serves us well personally, socially and businesswise. We knew that we wanted more space and speed, a shallow draft, a metal hull and the most modern technology. We looked for a year and no broker could find the match.  We started doing a personal search and came across this revolutionary new concept. At first, I was skeptical and was sure that there was something wrong with it from what I know about yacht/marine architecture and engineering. On top of that she was pricey and over our number at the time. Loren (my wife) got on the phone with Claudia Rossi (the owner and CEO -- Claudio's - daughter) and they somehow made the deal work!

After we had a meeting of the minds on the basic deal the Rossinavi team came to Miami for a few days and we all worked through details. They were absolutely fabulous and we consummated the agreement. More importantly, we broke bread at a favorite Italian restaurant and became friends anchored in mutual respect as well as partners in the project.

Enrico Gobbi (Team For Design) is simply a genius -- so easy to work with and has made this yacht into a masterpiece of art and design!

You chose a fitting name for this stunning Rossinavi boat, what was the thinking behind naming Utopia IV?

We all aspire to live in a perfect world, Utopia. Utopia I was a 105 ft. Hatteras Yacht extension followed by Utopia II (a 116 ft. classic canoe stern Feadship). Utopia III regrettably is for sale because you cannot have 2 "girlfriends" at once! She is a magnificent 150 ft. Trinity, built in the heyday of Trinities - when Trinity built yachts right under the commercial registration and flagging requirements so you got the most boat for the money, lots of speed and a shallow draft. There are so many incredible memories left aboard. She is kind of a legend in her own time and has been impeccably cared for (www.TheUtopia3.com)

That being said, nothing can equal the new Utopia IV (Rossinavi Vector)!

She has a stunning balance and an incredibly sleek exterior, how involved were you in her creation?

Thank you!  We very much knew what we were looking for, which made it really efficient to work with the Rossinavi team on exterior design and our stringent requirements.  I thoroughly researched Rossinavi's work and reputation as I performed a good amount of due diligence because they are a relatively new pedigree. They had recently won awards at the Monaco Boat Show, they were known to pay all of their contractors on time and they had a great reputation all the way back prior to Rossinavi's inception to when they were just metal fabricators and hull builders.  Everything they did was solid.

My concerns about what appeared to be impossible engineering/design/marine architecture were promptly resolved by learning that this new paradigm was already being used by the U.S. Navy; the technology and engineering has become commercially available in the last several years. It is absolutely revolutionary and leading the parade!

We are yet to have a glimpse inside, could you tell us the kind of style you have gone for with your interiors? Are there any stand out features?

Custom interior design can make or break a yacht's appeal. Our experience with this in the past has been frustrating, complicated, compromised and expensive (over budget).  This time, however, the process of selecting custom options was surprisingly an exception to that. Gobbi got to know us and some of our projects and we made it clear that we loved his basic concept for the yacht. He worked closely with Loren, was fast and exceeded our expectations. We are still pinching ourselves.  He really cares.

The entire design of the yacht is Italian sleek and sexy -- inspired by Italian auto lines and elegance. We loved the minimalistic design that already existed. Enrico and Loren hit it off and Loren is already a bit of an interior designer in her own right having decorated our seven homes around the world. Enrico is simply a genius and, fortunately, we shared the same vision. This has not been our experience with other designers or interior decorators.  His attention to quality and detail is impressive and he doesn't miss anything. His passion for this project would be hard to equal and he did it with us, but as if it were his own. His fingerprint or signature is on this masterpiece. He also is cost conscious without compromising the elements or quality of the design. The most amazing thing about this process is that it was the first project in our lives that was easy, gorgeous, on-time and within budget.

If you had to describe Utopia IV in three words what would they be?