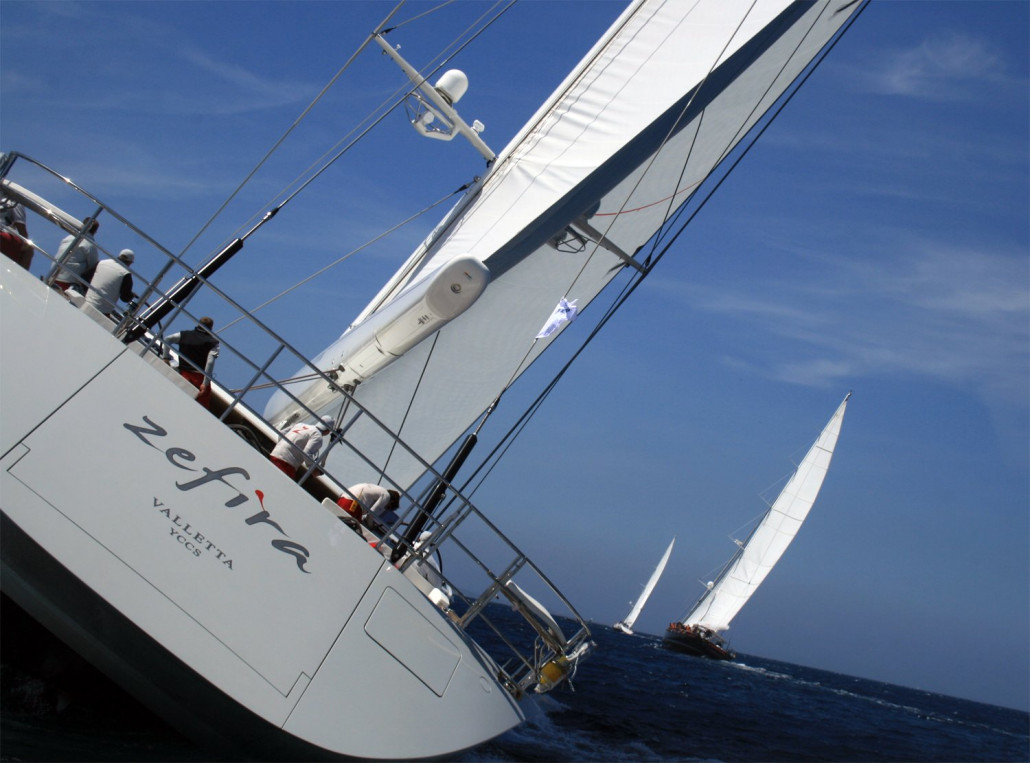 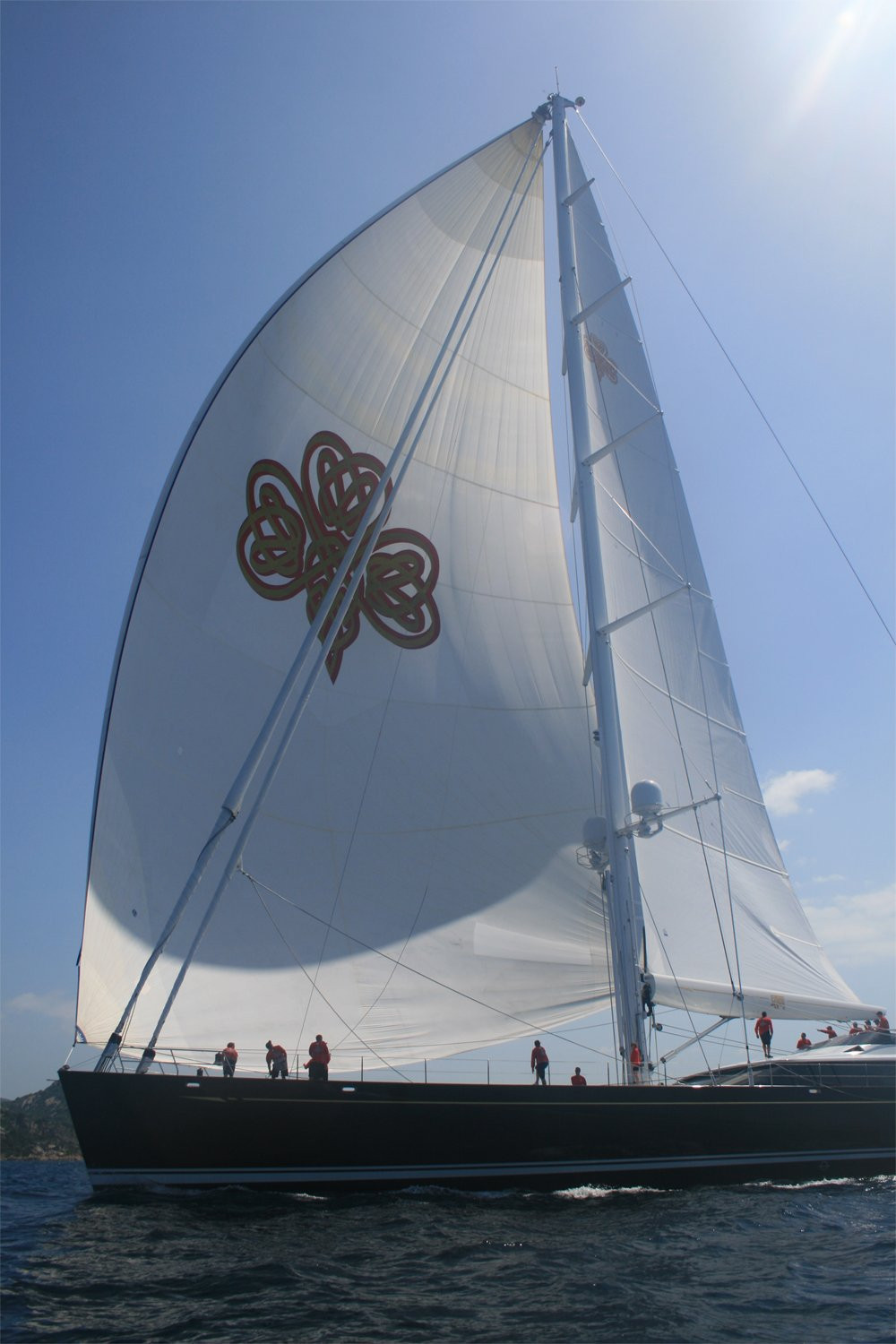 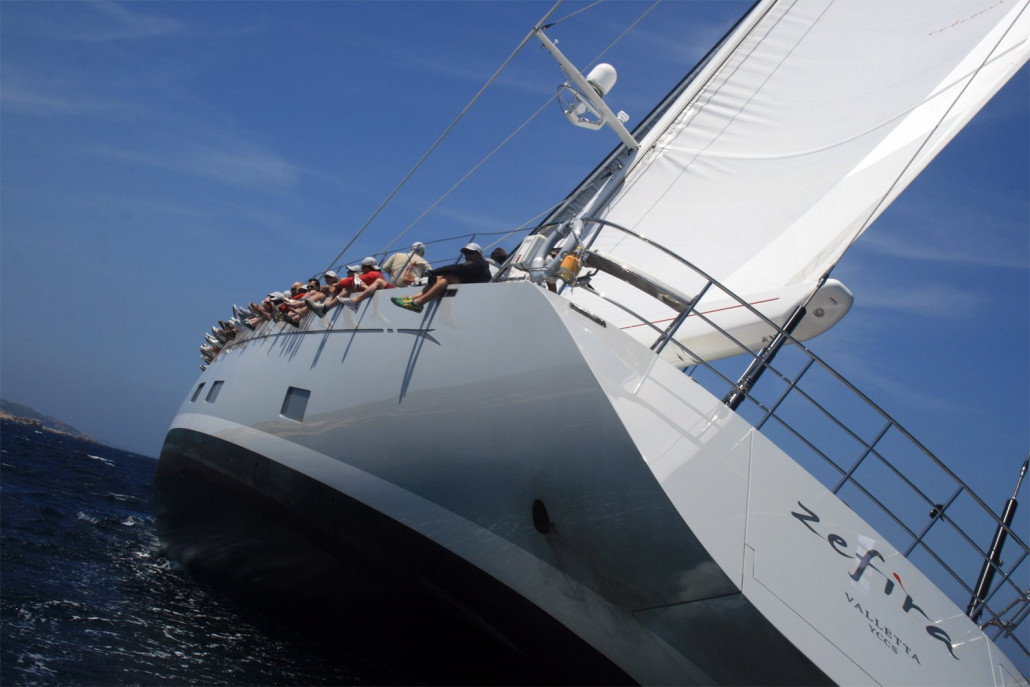 Race One of the Dubois Cup Closes After Successful Start

Genevieve took the win on the first day of racing at Dubois Cup, with a 12 second lead over Nostromo. On a day marked by wildly variable winds, from virtual calm to an estimated 40 knots, seamanship, tactics and good luck all had a part to play in a spectacular day of racing.

The first day got underway yesterday with a Captain's briefing at 9:30am on the terrace at Yacht Club Costa Smeralda. Despite clear skies, the mercurial winds of Sardinia proved a challenge for the race committee who requested to inspect the options for the course and plan for the best wind. By 11am no clear options had emerged, though an amended version of course 19 had been suggested as a possible option, with winds to the North of Porto Cervo observed to be upwards of 20 knots by mid-morning. Winds to the south appeared to be calm and so expectations focused on tactics for a beat north into a good Northwesterly breeze, rounding the northern tip of la Maddalena island with a reach through what's affectionately known as Bomb Alley.

On the line at noon, there was no wind, and so the start was delayed as the race committee investigated options. With a new start line moved north over the wind line, the eight competing yachts set out at three minute intervals, with Genevieve out first. Quickly, the winds increased, with some yachts reporting estimated 40 knot gusts, at which point Salperton retired. "We saw the wind speeds climbing over 30 knots, and it looked as though they'd keep increasing, so we made the call to stay safe and we retired," said Barry Houghton, owner of Salperton. "I've had an incident in the past and I simply won't risk the safety of my crew," he continued.

The rest of the fleet pressed on, with some taking a wide line out to the east, while Zefira and others hugged the coast of Caprera in what remained a strong breeze. At Bomb Alley, the fleet were tight together, with Zefira in apparent lead as they rounded Abbatoggia and set up to reach south. Bliss and Prana were quick to hoist spinnakers, but all were confounded by baffling airs at the south end of the bay, where the winds reduced to a light breeze, then appeared to shift 180 degrees in a matter of minutes. "It was an absolute lottery there at the end," said Captain Lachie Paramor of Sarafin, who placed third. "It was just a confusing day, really, with no wind then 30 knots, then as quickly as it came, it left. It was good fun though!"

"As we were coming through Bomb Alley, we were all making 13 or 14 knots, and it was just amazing to see," said Mike Toppa, of North Sails, who was aboard Genevieve - which won the day's racing on corrected time by a margin of 12 seconds over Nostromo. "As we approached the finish line, the winds shifted from the west to the east, and all the boats had to deal with that. Being a lower-rated boat we had a bit of advantage, but we thought we dealt with it well, and we were able to get in a win."

"I've been racing in Porto Cervo for 20 years. The Yacht Club Costa Smeralda does a really great job, the coastline is gorgeous and you never know what you're going to get. That's a part of racing and that's part of what makes this one of my favourite places in the world to sail."