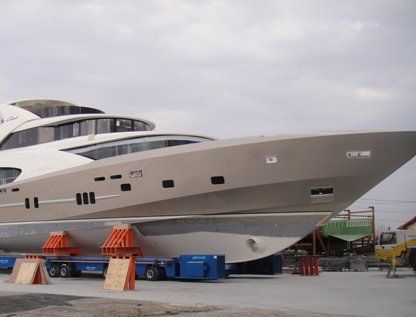 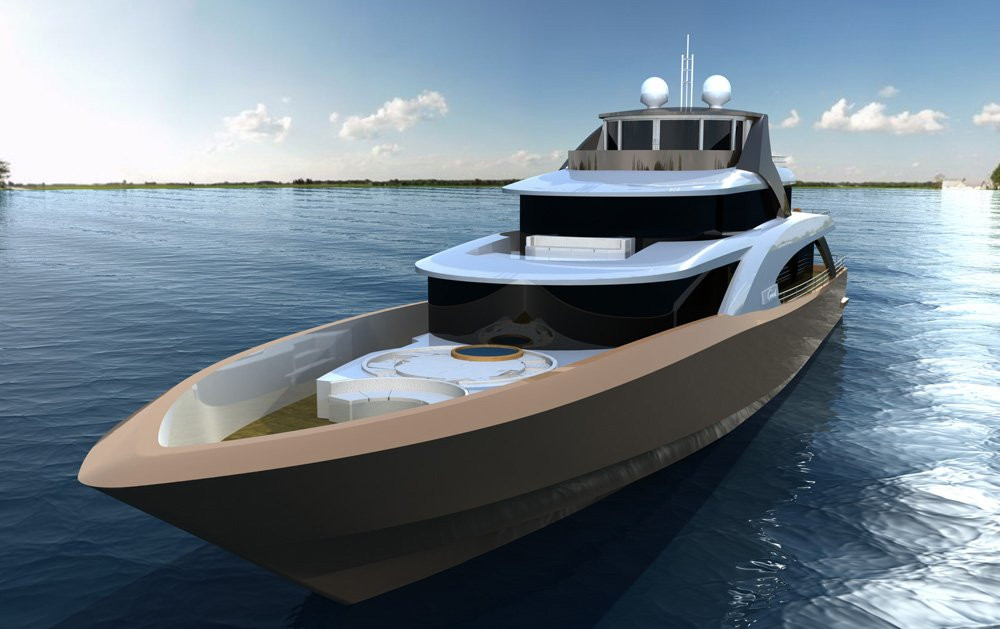 The Couach Shipyard in France has unveiled the sleek and elegant lines of the brand-new 50m motor yacht ‘La Pellgrina’.

Having only just left the shed this week, La Pellagrina, the first Couach 5000, will be launched on the 8th of April 2012 in Gujan Mestras.

La Pellagrina was developed on a military patrol hull design and constructed using a Kevlar Carbon infusion process. Using the military hull design, this yacht has impressive performance capabilities, most notably of which is a top speed of 28 knots and a transatlantic range.

After her launch, this tri-deck motor yacht will be delivered to its owner at the end of May in the Port of St Tropez during a special three-day show at Couach.

Chantier Naval Couach also announced the sale of a second 5000 Fly back in November last year; highlighting the creation of what could become a very popular range of motor yachts.