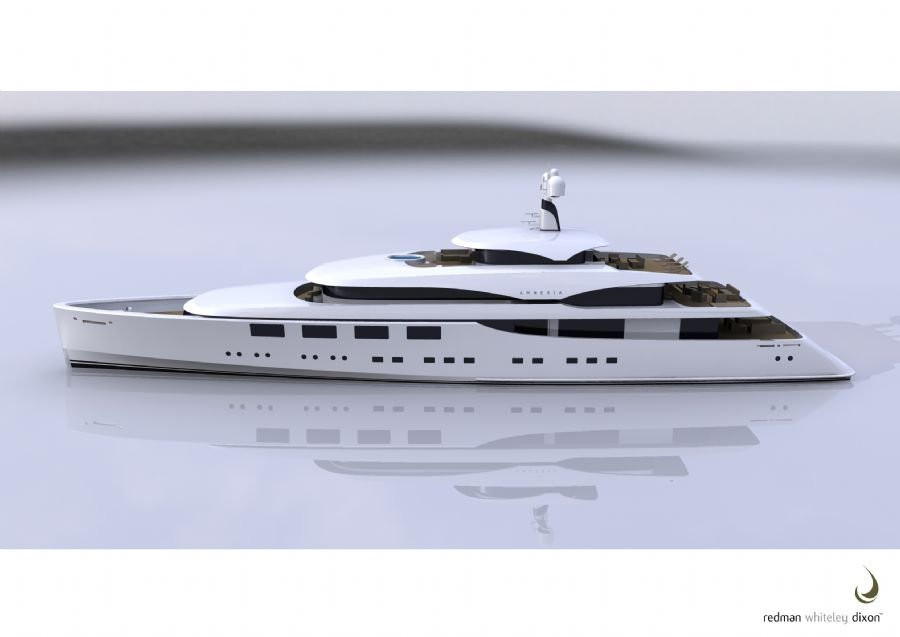 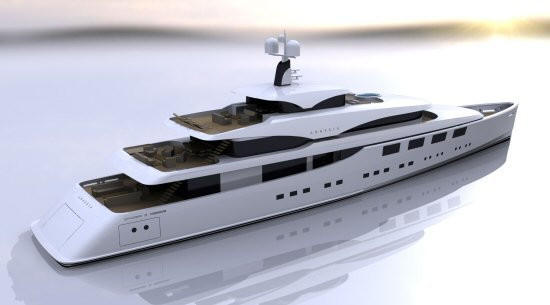 Speaking on the details of Amnesia IV, RWD's Creative Director, Toby Ecuyer, had this to say:

"The design brief was, in brief, precisely the same as for Amnesia III: 'to design a modern, practical, clean charter yacht which maintains the spirit of the previous Amnesia, but also to push the exterior envelope, including the hull profile'. The near plumb bow is, we believe, a first for Benetti."

Ecuyer went on to say, "The boat is full of interesting spaces and textures: for me one of the treats is the main saloon with floor-to-ceiling windows, much more architectural than many boats of this size." Ecuyer added, "It was fascinating to tap into the wealth of charter knowledge from the owner's previous Amnesia's, that we have a phenomenal record of success while, once again, the owner's background in textiles and manufacturing played a part in terms of philosophy and practicality."

RWD was established in 1993 and currently has nine 55m+ superyachts under construction, launching anywhere from late 2009 to 2014, many of which are subject to confidentiality clauses.

"A modern, practical, clean charter yacht which maintains the spirit of the previous Amnesia"

"A modern, practical, clean charter yacht which maintains the spirit of the previous Amnesia"