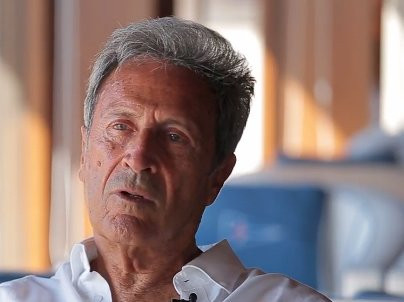 Boasting a rich history dating back half-a-century, Yacht Club Costa Smeralda is one of the world’s most iconic yachting destinations.

Since 2004, the lavish yacht club has also played host to the Perini Navi Cup, the sailing calendar’s most exclusive regatta. During the cup's 2015 edition, we sat down with Riccardo Bonadeo, Commodore of Yacht Club Costa Smeralda Commodore, to hear his thoughts ahead of a landmark year.

“From the early beginning when the Aga Khan founded the club, the targeted approach and scope was to realise here, in this particular site, which is unique in the world in terms of location, wind conditions, rocks, islands, colour of the sea, the excellence in yachting and organising international racing. This was the real target from the beginning.

“We are celebrating 50 years of the club, by the way, in 2017. It was not like it is now, of course. Originally it was very much a small organisation, a much smaller club house, and the marina didn’t exist. It was only a sort of wooden deck on the other part of the harbour where the boats anchored to keep the docks standing, instead of the dock keeping the boats. When the strong winds came, it was such an unstable dock, the anchor of the boat was keeping the dock in place – it was funny.

“And from that moment on we moved forward, took this particular site as it is now, from the idea of the Aga Khan, because in addition to the unique sailing condition for races, he wanted to realise hospitality organisation. I would say it is no doubt a unique site on the planet.”

You can watch the full video interview with Commodore Riccardo Bonadeo above this article.