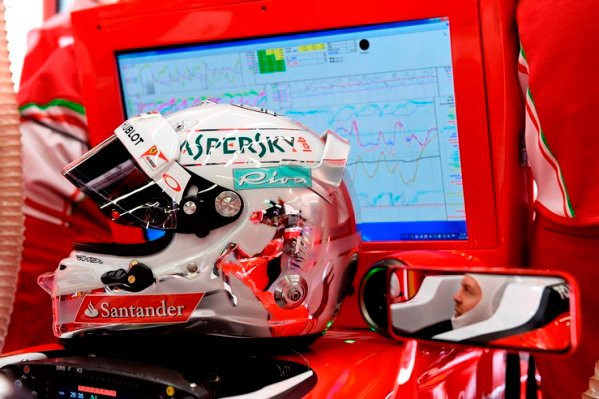 The iconic Italian yachting brand Riva has entered the world of Formula One Racing after announcing their official sponsorship of Scuderia Ferrari. The two ‘Made In Italy’ brands are now preparing for their first race together in the 2016 Formula 1 World Championship.

The World Championship - which is comprised of 21 Grand Prix races - will be the first platform of the new brand partnership as they compete together.

The sponsorship was officially announced in Maranello during the presentation of the new Ferrari SF16-H car, which will be the new contender in the World Championship for Scuderia Ferrari.

The Riva logo, which sports the unmistakable aquamarine background, will be visible on the helmets of both Scuderia Ferrari drivers, Sebastian Vettel and Kimi Raikkonen.

“An icon of recreational boating meets the most exceptional Formula 1 team, giving birth to an unmatched duo, a legend meeting another legend, racing together on Formula 1 circuits and cruising the seas worldwide” - explains Ferretti Group’s CEO Alberto Galassi.

“We are truly proud to be writing a new chapter of Riva’s glorious history together with Ferrari, thereby renovating a collaboration that, in the past, led to true sea jewels. The exclusive cooperation between Riva and Scuderia Ferrari brings together two icons of style and technological innovation, which every day thrill speedboat and car racing enthusiasts all over the world.”