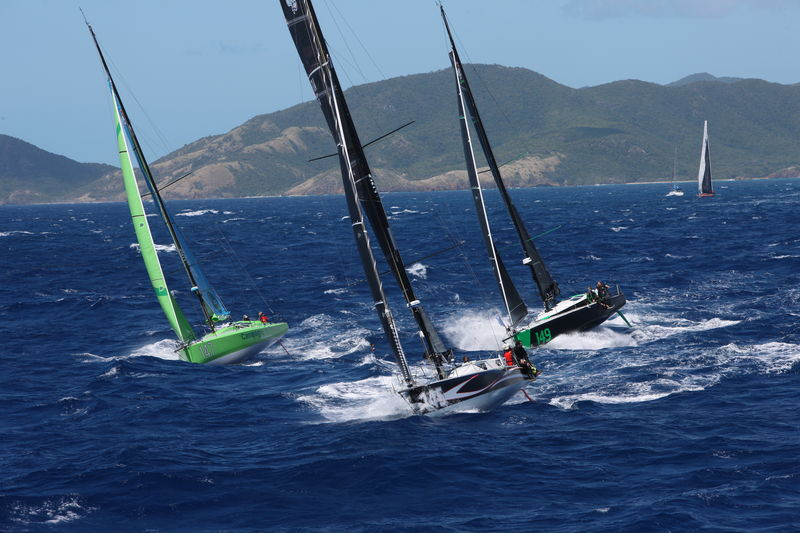 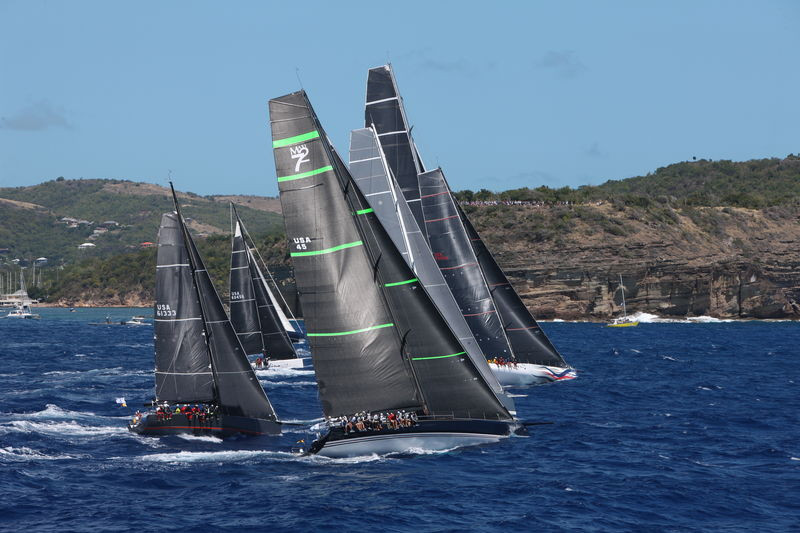 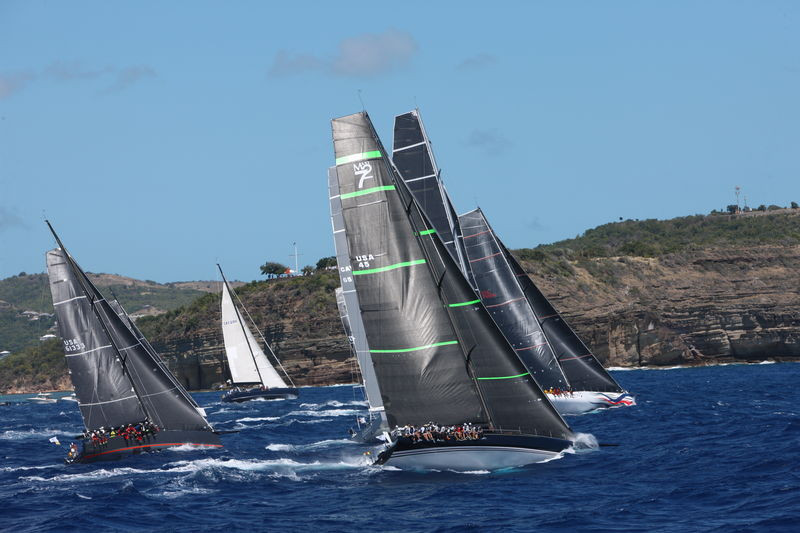 One of the most eagerly anticipated sailing regattas of the year, the RORC Caribbean 600 has rolled around again. Conditions for the race could not have been better, with the region experiencing bright sunshine, strong trade winds and 2 metre high waves.

2019 marks the 11th year of RORC Caribbean, a 600 mile non-stop offshore race featuring 76 starting yachts from 20 different countries. This week, one of the finest multihull fleets ever assembled to battle it out for the overall win.

The race has been a dramatic affair this year, with MOD 70 Argo flipping during practice on Friday (yet miraculously making the necessary amends to participate in time). Bella Mente also shocked with an early retirement having shipped a ton or more of water. Of the yachts that gathered at the start line on Monday, Volvo 70 Wizard, TP52 Tala, and Botin 65 Caro are forecast for the overall win after IRC time correction.

Of the first group of vessels to set off, Volvo 70 Wizard owned by David and Peter Askew of the USA steamed ahead at well over 20 knots, reaching Green Island with a considerable lead on  JV115 Nikata.

Meanwhile, Giovanni Soldini's Maserati Multi70 agreed to a delay to the race by two hours to allow Jason Carroll's Argo of the USA time to finish repairs to their MOD 70. Argo had a strong start, however Maserati posed fearsome competition, hitting the after-burners at Green Island and reaching speeds of 30 knots.

"The RORC Race Team realise the great importance of professional race management and it was fantastic to see all of the fleet get away to a clean start," commented RORC Racing Manager Chris Stone.

In the ten-strong Class40 Division, the French dominated. Catherine Pourre's Eärendil and Halvard Mabire's Campagne de France started on port, with Eärendil initially clearing the fleet but having to bear away as Luke Berry's Lamotte headed them off. Berry and his team was ahead of the two port flyers at Green Island.

In the second starters, Ross Applebey's Oyster 48 Scarlet Oyster enjoyed a textbook start and was the first to Green Island. The British team was closely followed by Pamala Baldwin's Antiguan based J/122 Liquid and Performance Yacht Racing's Grand Soleil 43 Quokka, which was third to the first corner of the course.

In IRC Three, Sun Fast 3600 Black Sheep owned by Trevor Middleton of Great Britain could not  fend off the advance of Jonty and Vicki Layfield's Swan 48 Sleeper, which blasted upwind to make Green Island first in class, whilst Andy Schell and Mia Karlsson (USA) racing Swan 48 Isbjorn came in third.

Tuesday saw the first finishers - Giovanni Soldini’s Maserati crossed the line at 20:49:00 AST in a record breaking time of 1 day, 06 hours and 49 minutes. Coming in a hair-raising 7 minutes later was Argo, captained by James Carroll. The skipper of the American MOD 70 commented: “This is a great race and Antigua has a great community and the Race Committee and Giovanni were super accommodating for us to make the start. This is an excellent event and I hope to come to many more. Racing Maserati so close at 30 knots of boat speed scares you a bit, but it is very exciting.”

As ever, the RORC Caribbean 600 has been an impressive display of sailing pedigree and sportsmanship. The race yields dramatic twists and turns and is proving, as ever, a thrilling affair.

"The RORC Race Team realise the great importance of professional race management and it was fantastic to see all of the fleet get away to a clean start."

"The RORC Race Team realise the great importance of professional race management and it was fantastic to see all of the fleet get away to a clean start."