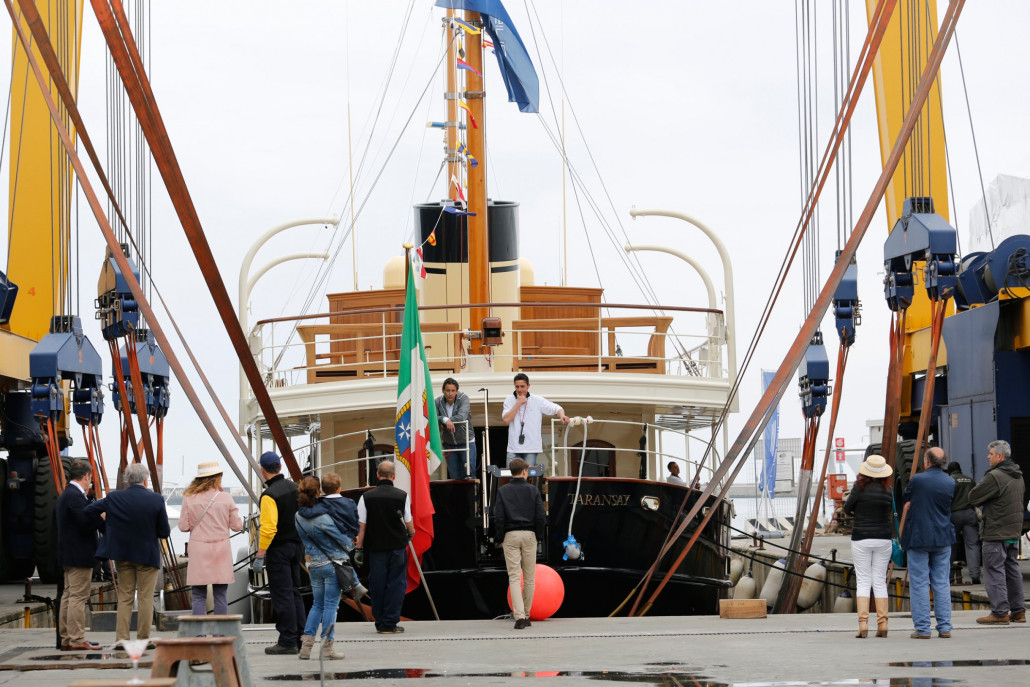 Built as a modern reproduction of a vessel from the early 1930s and refitted by Amico & Co shipyard in 2008, Taransay combines a classic design with state-of-the-art technology.

Boasting a beam of 7.6-metres, the vessel offers ample space both inside and out with a vast sun deck nestled behind a wooden wheel house.

Other notable features include a large owner suite and two twin cabins, a classic canoe stern and direct access to the sea via a hinged platform accessed via the boarding ladder.

The 1930′s yacht on which Taransay is modelled was designed by G.L. Watson, widely regarded as the c father of yacht design.

Established during the 1970s, Rossinavi is widely regarded as one of the world’s finest yacht builders.