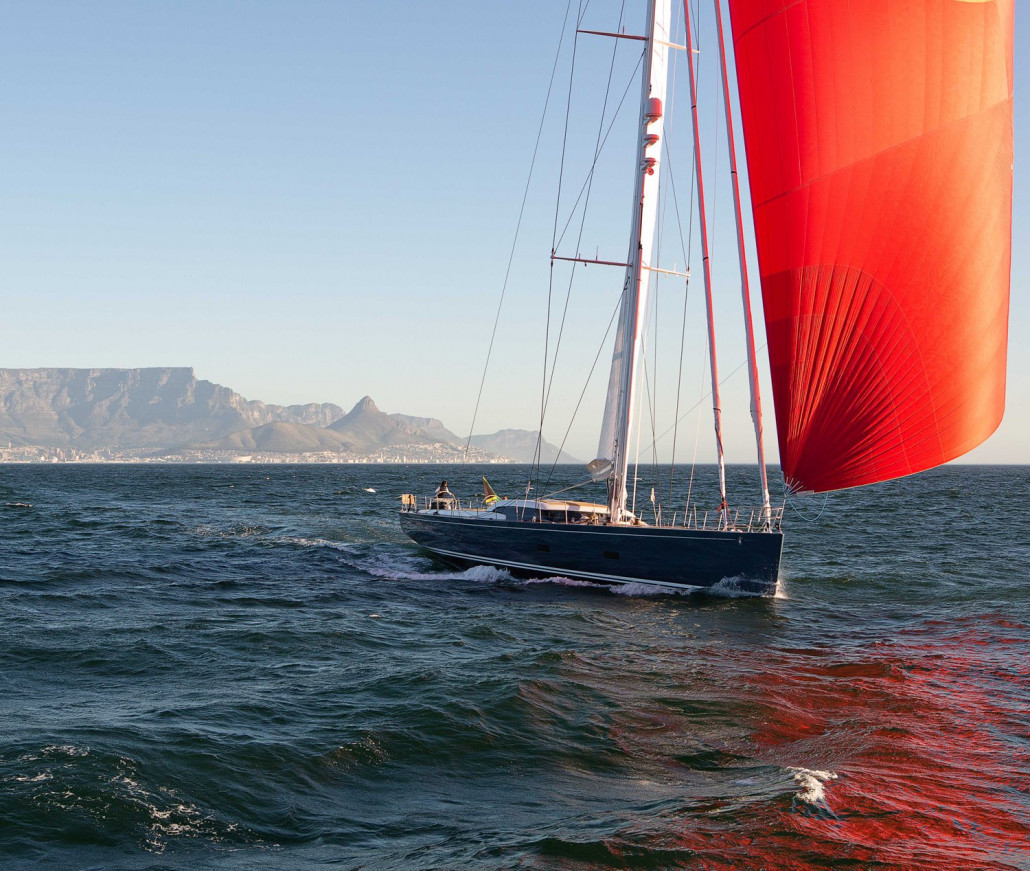 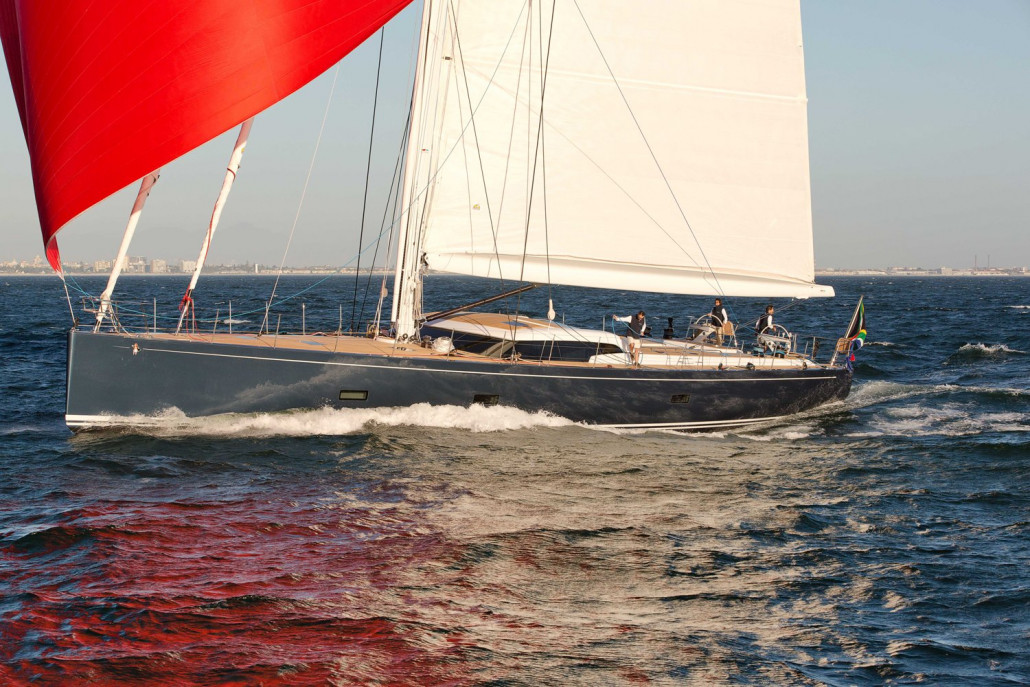 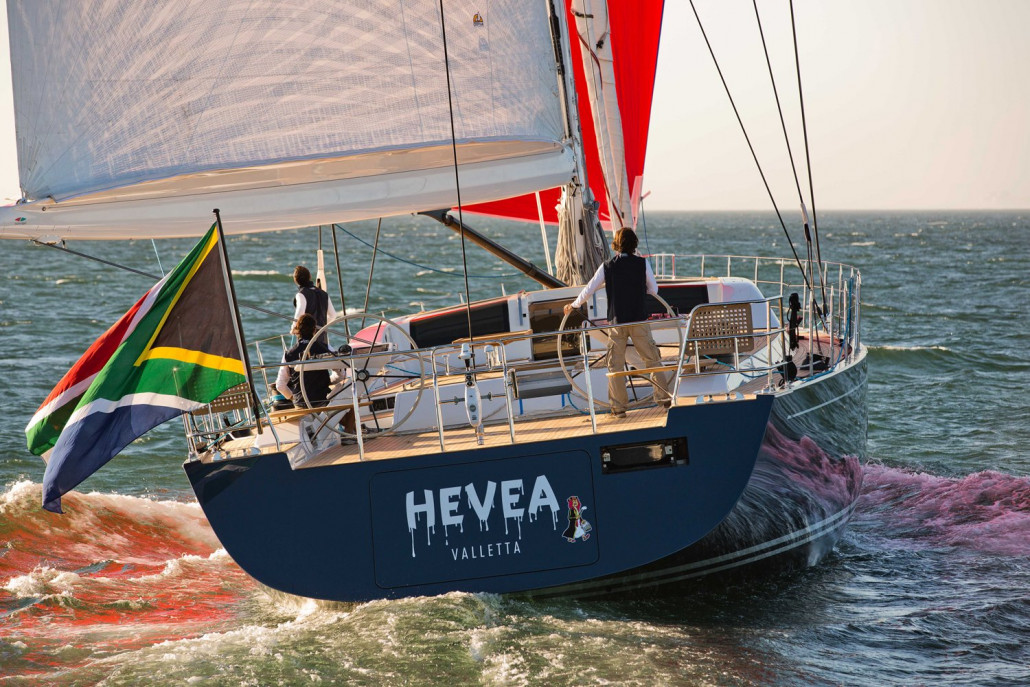 Southern Wind Shipyard has proudly announced the departure of their 40th sailing yacht Hevea, the new SW 102 DS, which is on it's way to the Mediterranean on her maiden voyage.

The new Southern Wind 102 DS sailing yacht Hevea has departed the shipyard under her red gennaker across Cape Town’s waters, showing at a glance her beauty and her strong personality, shaped by her owner, a businessman with a passion for comics.

Launched in late February 2013, Hevea has just left Cape Town for her maiden voyage of 7500nm from South Africa to Genoa (Italy), a unique test for the boat. Less than one year after the launch of Almagores II, Hevea is the unit number 2 of the fortunate model SW 102 DS. Hevea is designed by the same trusted team that has penned many other SW models: Nauta Yacht Design for the general design, deck and interior design and Farr Yacht Design for the naval architecture, sail plan and appendages.

Southern Wind Shipyard’s leadership in the 100 feet range is clearly shown by the SW 100 DS series, with 13 units built in just six years. The new SW 102’s goal is to be as successful as her predecessor in the same SW semi-custom production range, but with more modern hull lines, a remarkable gain in the volumes and an enchanting new touch of magic.

This project benefits of the technical background of the yard’s current flagship, Southern Wind 110’ model, concerning the use of the spaces. Hevea has wider volumes compared to Southern Wind Shipyard’s masterpiece, the SW 100 DS. Those volumes have been generously conveyed into the saloon, the cabins, as well as into the engine room, the sail locker and the lazzarette.

The style of the interior, one of Hevea main features, is at the same time essential and modern: the ceruse oak together with the carbon details create a special atmosphere on board, both during the day and the night time. Large volumes and lightness are Hevea key qualities and make her absolutely unique in the 100 footers league.

Southern Wind Shipyard is presently working on the third SW 102, in her Raised Saloon version, whose launch is expected for mid 2014, as well as on the first two SW 82 units, the first of which will be launched in June 2013.

Hevea will be officially presented as a world première during the forthcoming Monaco Yacht Show, which will be held in Monaco from the 25th to the 28th September 2013.