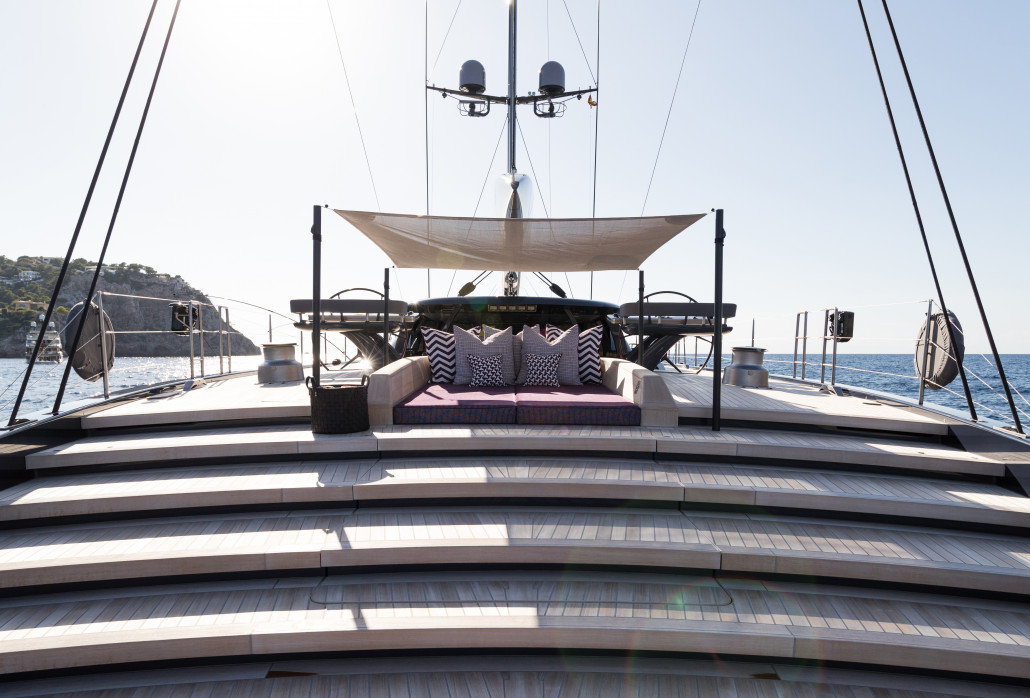 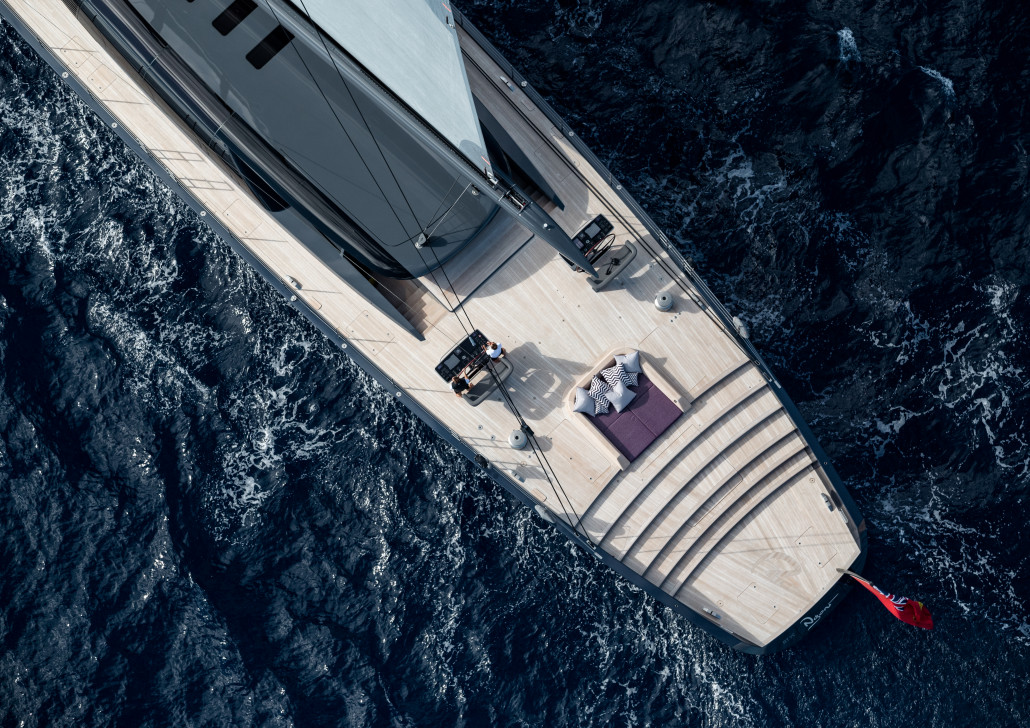 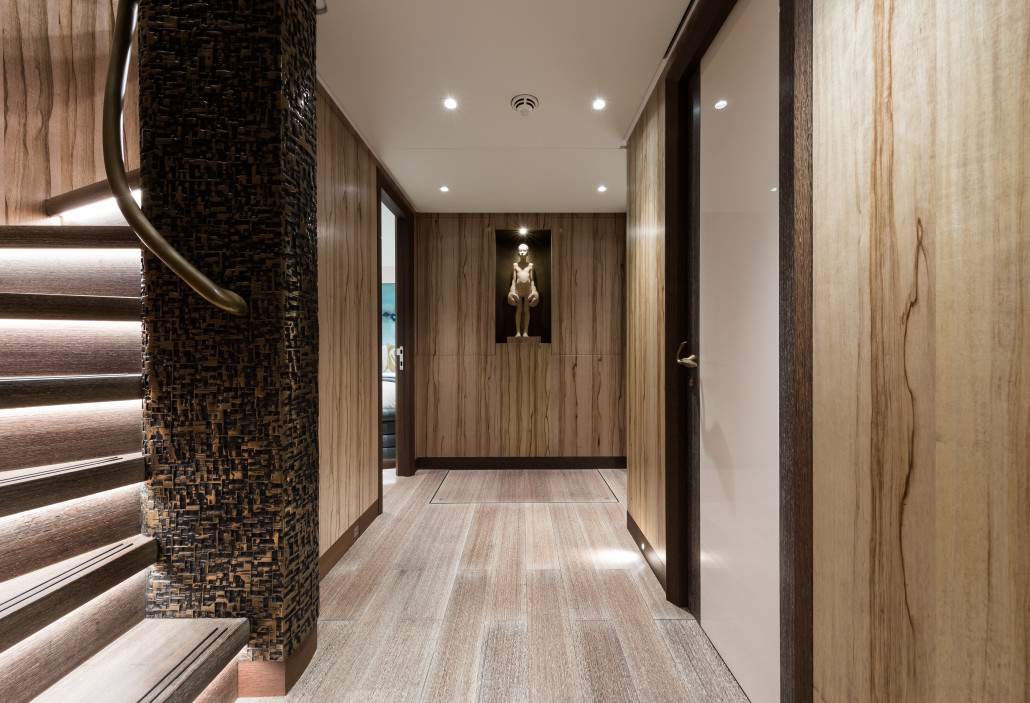 The owner's brief; “Build me a beast. Don’t build me a sheep in wolf’s clothing. This has to be an edgy and innovative weapon; fast and furious.” The answer? A Dubois Naval Architect exterior, a Rick Baker Ltd interior, and the build credibility of Royal Huisman to birth the elegant, high-performance predator that is Ngoni.

Merging effortless style and ultimate luxury with a ‘fast and furious' character, Ngoni is the product of bold minimalism and a radical in sailing design; proudly standing out from the crowd thanks to pedigree and vision.

A Revolution in Exterior Design
One word to describe the exterior design process is 'evolution'. Ngoni went through a number of phases to become the powerful example of precision that she is today; initially drawn by Dubois Naval Architects as a long and slender sloop with a plumb bow, sculpted aerodynamic superstructure and elegant beach deck, dominated by a towering sloop rig. But, this initial concept was taken further as both owner and studio challenged each other to push the boundaries of design.

The late Ed Dubois of Dubois Naval Architects, who were both the Naval Architects and Exterior Designers, commented; “This is some yacht, inspired by an owner looking for the next new, new thing –a dream project for a designer”, naturally following suit in her interiors.

It was a dramatic concept but the owner challenged Dubois to push it further still. The exterior, which began as an exercise in creative expression, further finessed the hull profile and became an attractive styling touch that also enhances cockpit visibility.

The ‘less is more’ philosophy demanded a highly minimalistic approach, seeking to maximise reliability by minimising complexity; and to enhance elegance and aerodynamic efficiency through a clean, clutter-free aesthetic.

Interior Elegance
The owner’s core brief to the interior Rick Baker design team was simple in the extreme, yet offered a clear direction of travel, with plenty of room for creative interpretation: “Don’t design a traditional yacht interior!"

Take out the stand out features; starboard guest bathroom with Japenese bath, exotic veneers, and distinctive marble and onyx from Italy, you are left with a truly special interior. Throwing an exciting palette of thoughts, experiences and ideas at the Rick Baker team, the designers were challenged to do something truly special: “The interior was to have a masculine feel, which was to be broken up with punches of vibrant colour.” shared Rick Baker.

The use of vivid resins, combined with sculpted metal surfaces, offers an overall fluid feel throughout, however, each area was to retain its own design identity. From its grand, curving staircase descending elegantly to sea level, to its Olympic diving board, S/Y Ngoni's connection to the sea is perfectly executed.

Proving the evolution of design needn't have limits, M/Y Ngoni proves the magic in imagination and creativity; a marriage of architectural excellence, build credibility and interior elegance, truly goes far.