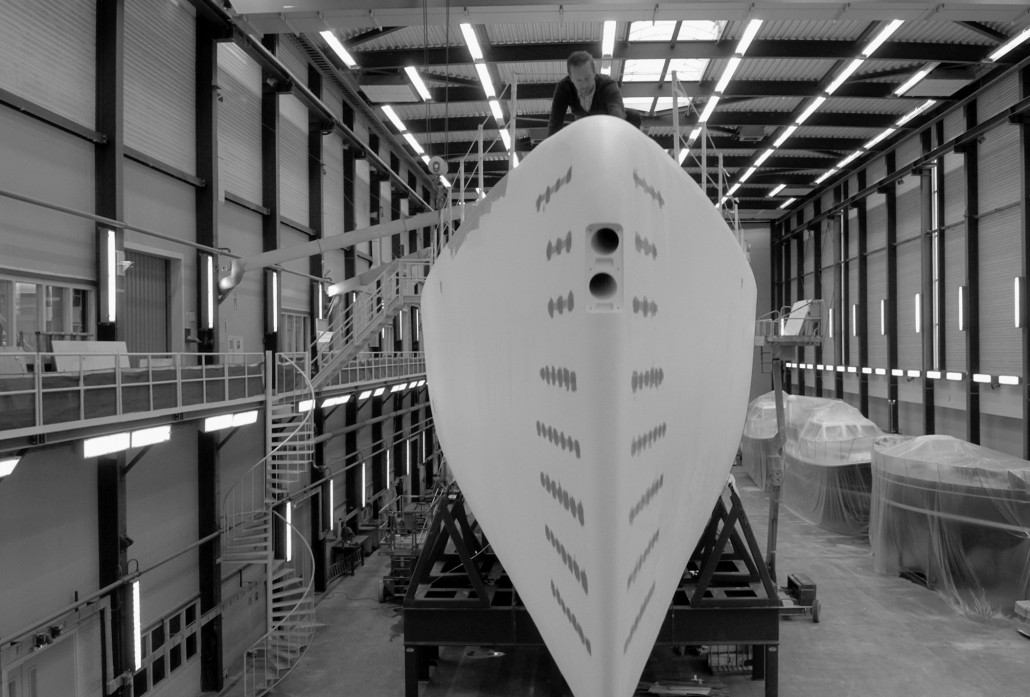 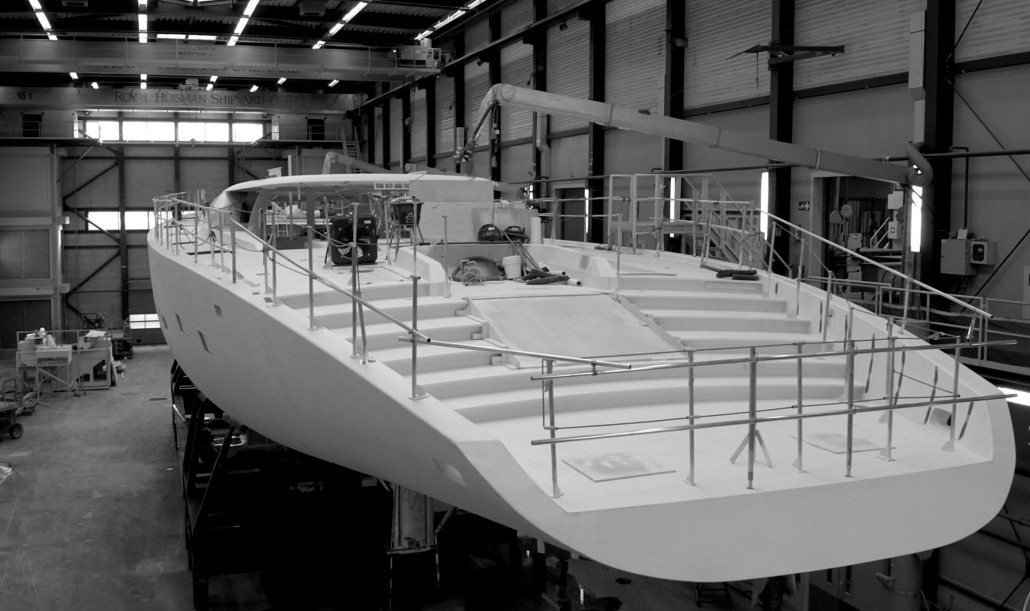 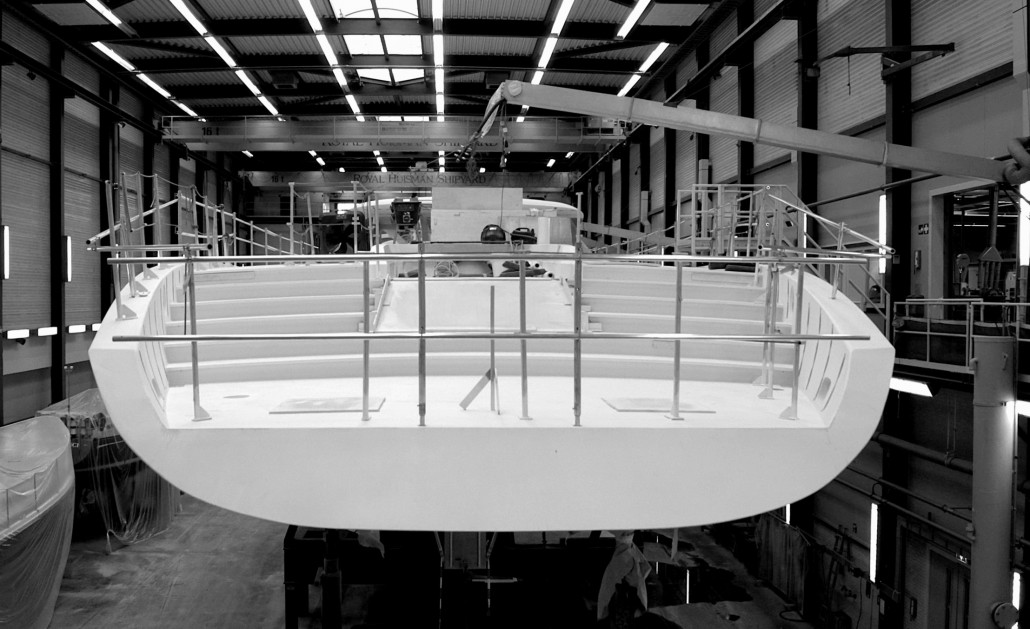 A predatory title such as ‘The Beast’ demands attention. Unveiled in 2014 by the iconic sailing collaboration of Ed Dubois and Royal Huisman, the project name promised a yacht with both aesthetics and performance capabilities designed to dominate.

Two years after the announcement and one year before her scheduled delivery, ‘The Beast’ (real name Ngoni) is already taking up a lion’s share of the Royal Huisman facilities as the project pushes ever closer to launch.

We take a look at the journey of The Beast, and how the project is shaping up to become a modern classic in the making.

True Sailing Pedigree
The first collaboration between Ed Dubois and Royal Huisman, two influential names in the offshore racing world, was in 1979. Some 30 years later, the two iconic sailing experts were given a game-changing brief by an owner who expressed their need for a no-holds barred performance yacht.

The famous first lines of this brief reflect the owner’s desire for a yacht like no other: “Build me a beast. Don’t build me a wolf in sheep’s clothing. This has to be an edgy and innovative weapon; fast and furious.”

Working to this dramatic brief, Ed Dubois designed a fast, ocean-going cruiser that promises to be lightyears ahead of the curve in terms of performance, comfort and style. His work on the sensational 58m Ngoni built the foundation of a highly progressive project, underlining the natural ability behind a world-class designer whose iconic career sadly met a premature end.

Building A Beast
For Royal Huisman, their task was to bring this revolutionary design to life. With aluminium work now completed, the dramatically inflected sheer line, plumb bow and sculpted superstructure of this progressive design are now visible with the project remaining on schedule for delivery in spring 2017.

“When you look at our past projects, it is very noticeable - aside of company standards - that none look or behave alike,” explains Alice Huisman. “Instead, they exemplify the nature of bespoke yacht building. With her distinctive modern looks and high performance, Ngoni sends a clear message that she is no ordinary custom yacht, built by no ordinary custom shipyard.”

Godfrey Cray, acting as the owner’s project manager, stated; “He wanted a fast, uncomplicated and comfortable boat optimized for weight and performance that is going to make a statement - not a science project.”

"He wanted a fast, uncomplicated and comfortable boat optimized for weight and performance that is going to make a statement - not a science project."

"He wanted a fast, uncomplicated and comfortable boat optimized for weight and performance that is going to make a statement - not a science project."