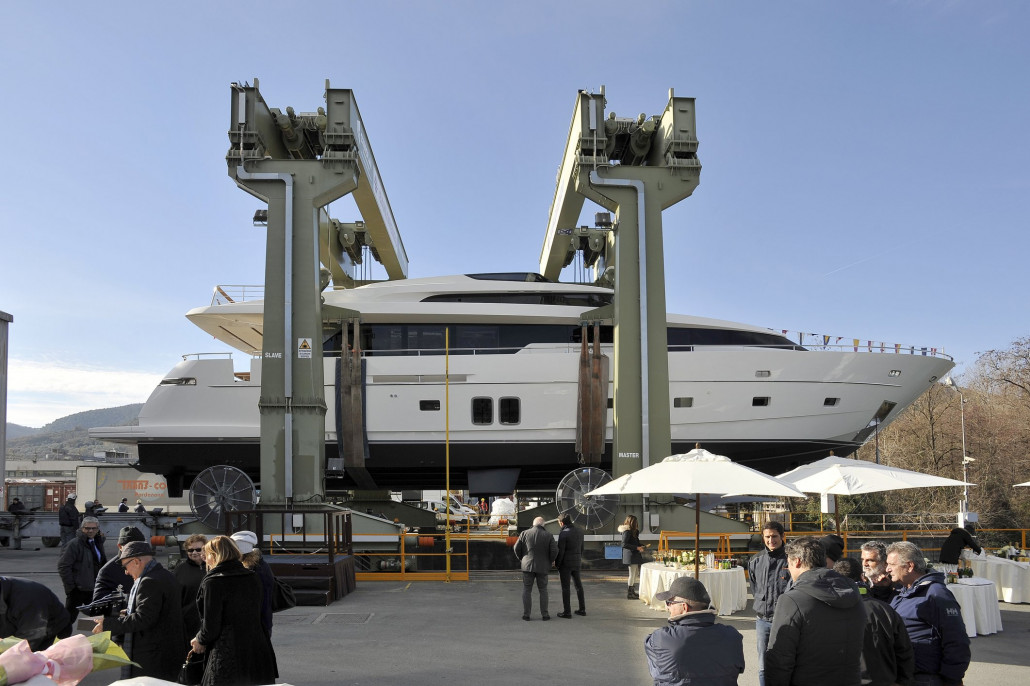 Italian shipyard Sanlorenzo is enjoying a busy start to 2016 with the launch of the 29-metre motoryacht Blue Angel – the first of six launches scheduled over the next two months.

The fifteenth SL96 unit sold and built by Sanlorenzo, each one made-to-measure for its respective owners, Blue Angel 2 was inaugurated at a special event attended by her Italian owner, his family and the whole workforce at Sanlorenzo that contributed to build the boat's design and construction over the past year.

Made in fiberglass and with a planing hull, the yacht is the fourth Sanlorenzo unit designed and built for this owner, who chose a traditional layout with four guest cabins on the lower deck and the owner’s cabin located at bow on the main deck.

The large salon stands out for a refined contrast between light and dark, between the opaque, grey parquet in bleached oak and the dark furniture in wengè-dyed oak, finished with a bas relief.

On the interior, some of Italy's finest design firms conjured several striking features including white leather sofas by Minotti and outdoor furniture by Roda. For the galley, the owner selected a kitchen by Boffi as well as the K2 outdoor kitchen box on the flying.

Over the coming weeks, Sanlorenzo is preparing to launch two more units of the SL96 model, three units of the SL106 vessel and one unit of the new SL86 – the latest model of the Sanlorenzo SL planing hull range, launched at Cannes in September 2015.