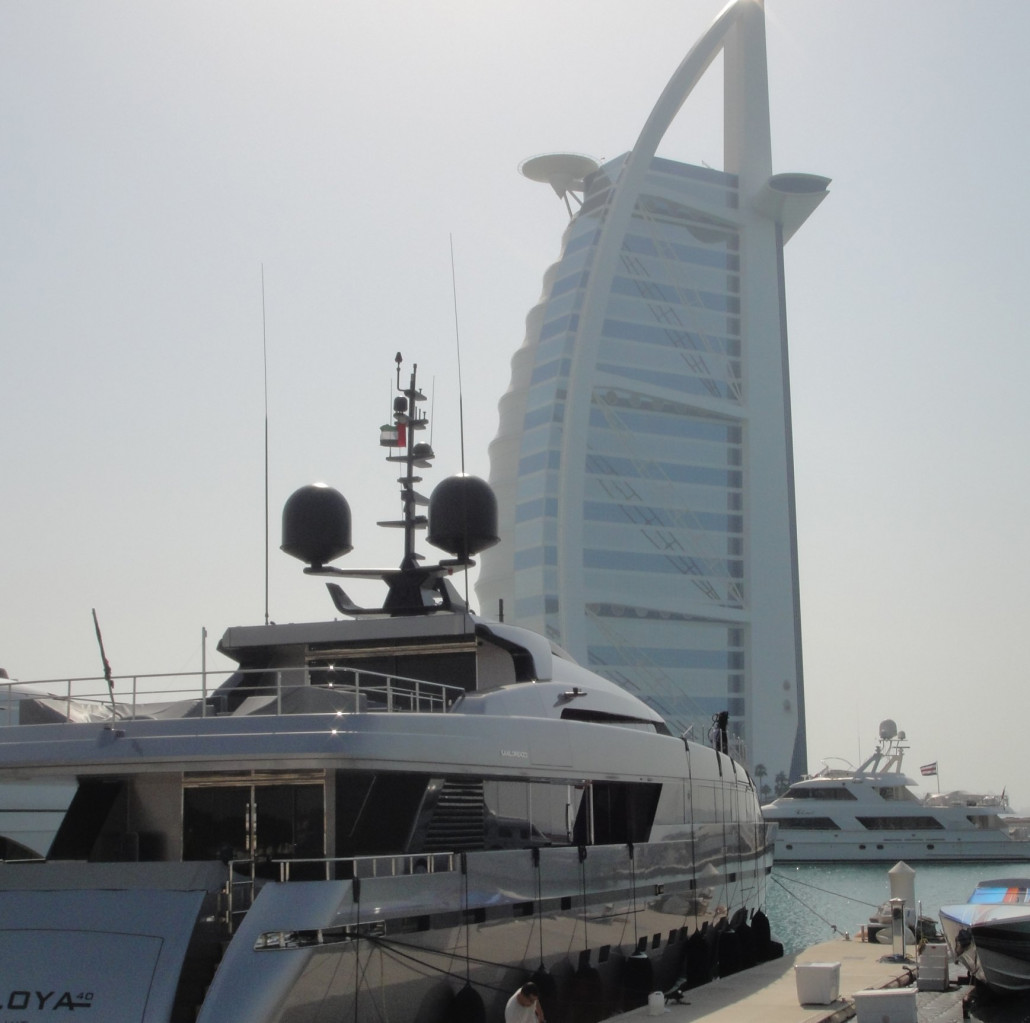 Italian shipyard Sanlorenzo has announced the delivery of a 40-metre aluminium superyacht to Sheikh Mohammed bin Rashid Al Maktoum, the Ruler of Dubai.

The 40Alloy model was showcased during the recent Dubai International Boat Show 2013, and has now been officially delivered to Sheikh Maktoum, according to a Sanlorenzo press release.

The building of the vessel took approximately one year and, once completed, was shipped to the Middle East from its Italian shipyard.

Perhaps the yacht’s most distinctive feature is its four terraces, whilst her interior boasts a combination of exclusive woods such as olive ash for the furniture and burned oak for the floors.

Two dining tables are located on the upper deck (inside and outside) where, thanks to an adjustable structure, they can host up to 12 guests. On the lower deck, 2 double and 2 triple cabins can accommodate up to 10 guests, as well as 6 crew and a captain.

In terms of performance, thanks to the two MTU 2775 HP engines, the yacht’s maximum speed is 28 knots and the cruising speed approximately 25 knots.

Founded over 50 years ago, Sanlorenzo has grown to become one of the world’s most highly regarded builders of luxury yachts.