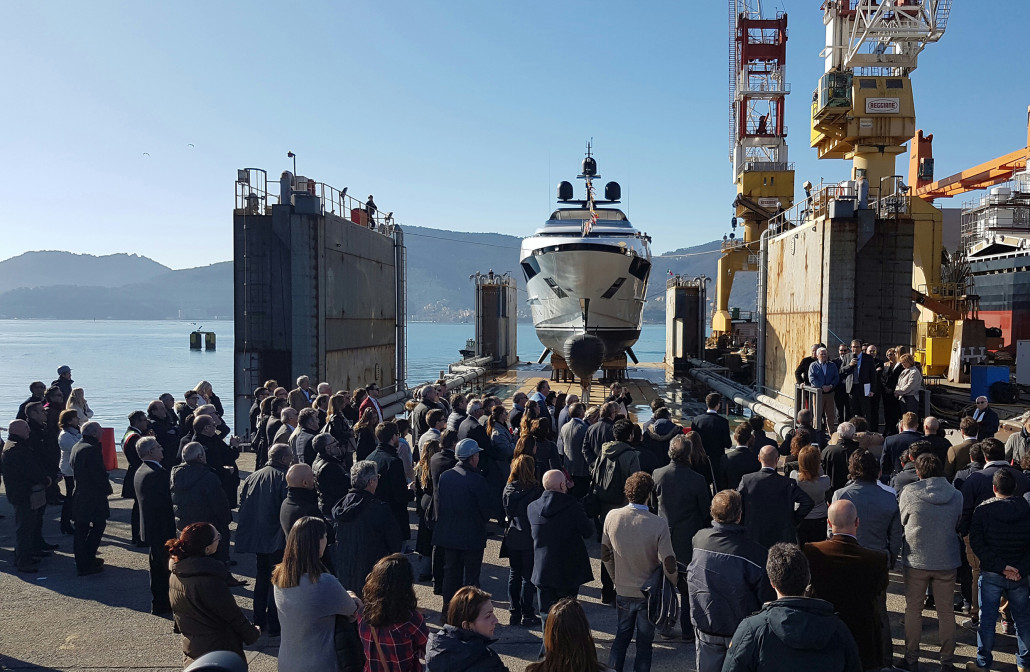 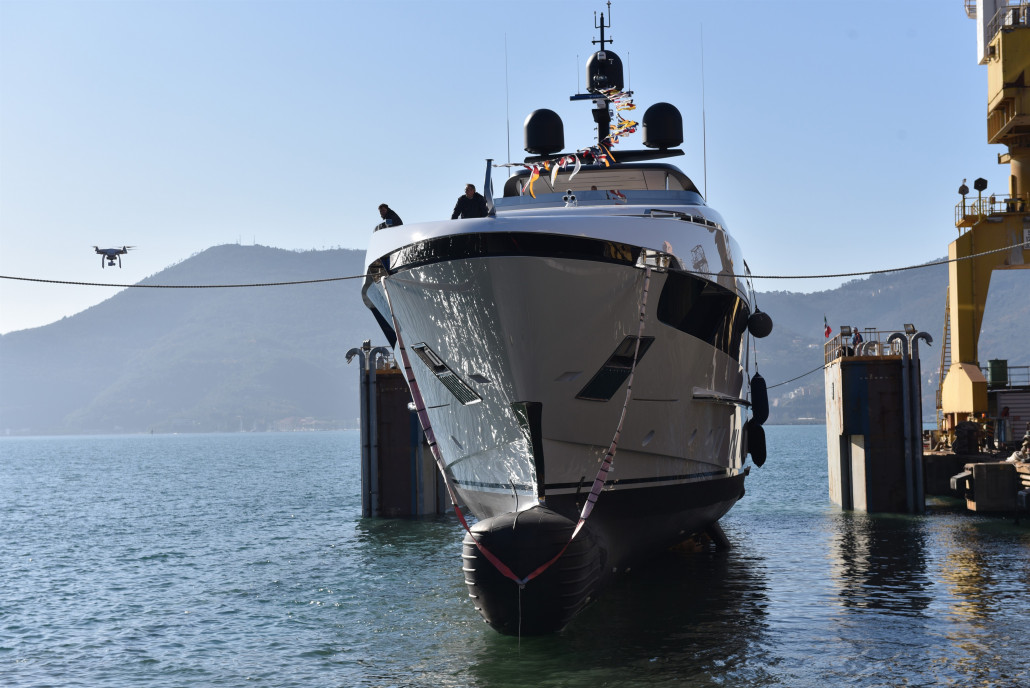 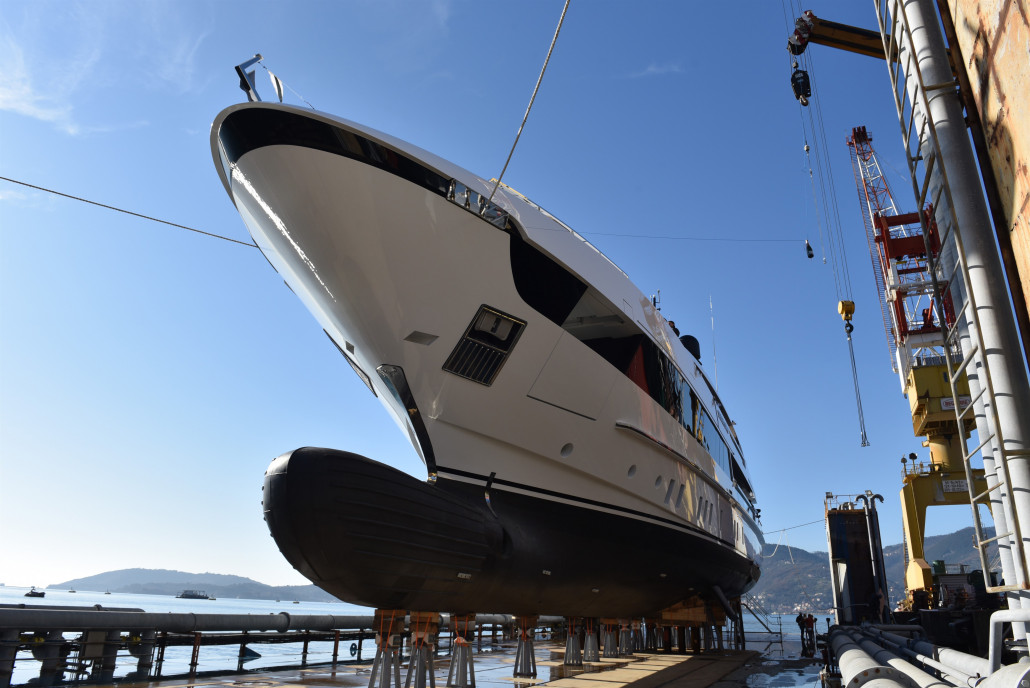 The Sanlorenzo Superyacht division has today launched Seven Sins, the first model of the new 52Steel line and the flagship of the three units in production.

The ceremony took place at the recently acquired production site in La Spezia, where Seven Sins entered the water and will now prepare for its world debut at the Monaco Yacht Show later this year.

Other projects currently under construction, such as the second and third units of the 52Steel models, are three units of the 460Explorer (42 meters in length) and the first 64-meter superyacht, 64Steel, that will become the new Sanlorenzo flagship once launched.

To celebrate this important event, besides the presence of a number of local dignitaries, the Belgian owner invited many family and friends. Also included in the celebration were the whole Sanlorenzo workforce who contributed to the building of the first 52Steel over the past 2 years.

The 52Steel is a five-deck superyacht with endless customization possibilities. The external lines, drawn in collaboration with Officina Italiana Design, are a natural evolution of the Sanlorenzo superyacht range and it continues with the Sanlorenzo refined features, elegance and technical innovation.

Some of the groundbreaking elements on the aft section, introduced by the Technical Department of Sanlorenzo Superyacht division, includes a large swimming pool on the main deck. Its transparent floor allows natural light to filter into the beach club below. This exclusive space features two folding terraces, one on each side of the yacht, serving as platforms with direct access to the sea.

The internal layout hosts a large owner apartment in the bow on the main deck. With 2 vip and 3 guest cabins on the lower deck it allows the owner to entertain friends and family. It also has two spacious salons, one on the main deck and one on the upper deck. The external living areas are featured on the on the main, upper and sun deck.

The vessel was sold by Sanlorenzo Spain, the Brand Representative based in Palma de Mallorca, shortly after the third vessel in the 52Steel range was announced this week.