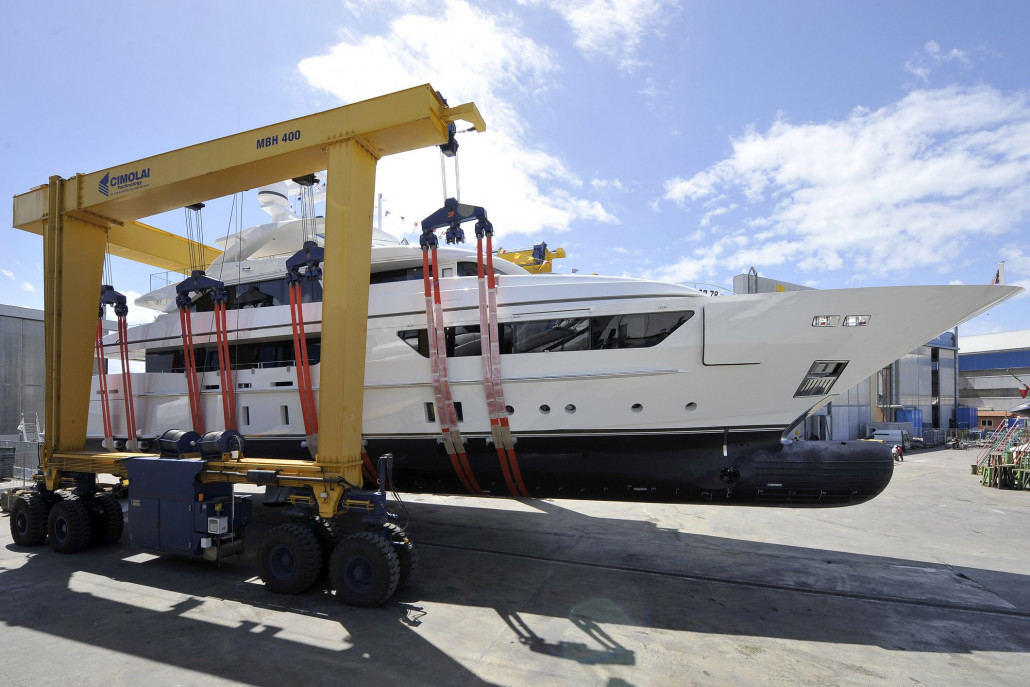 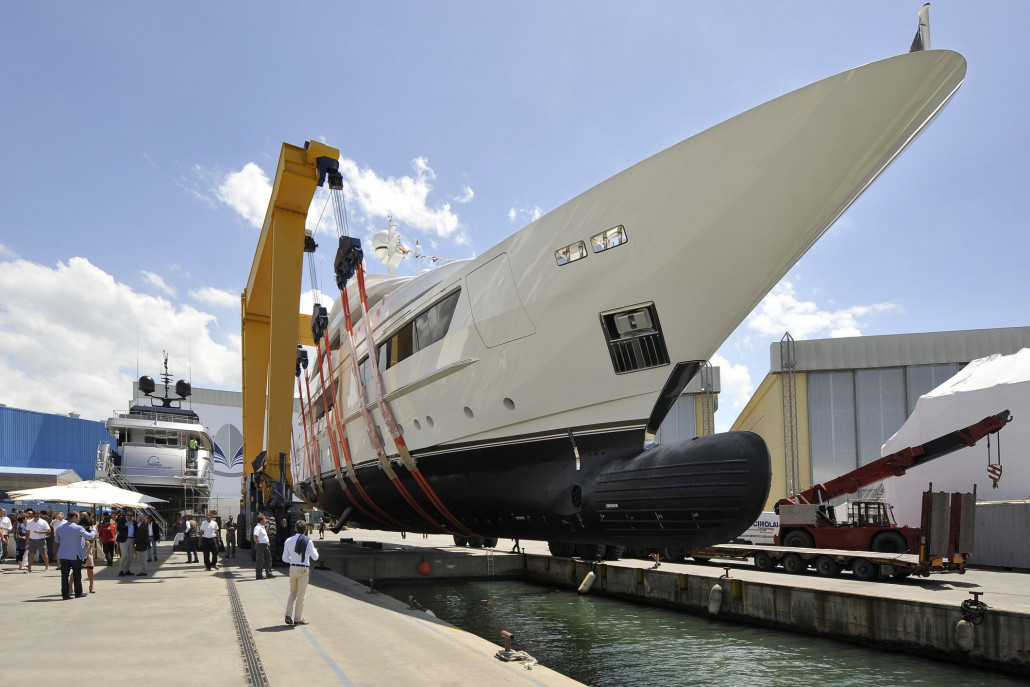 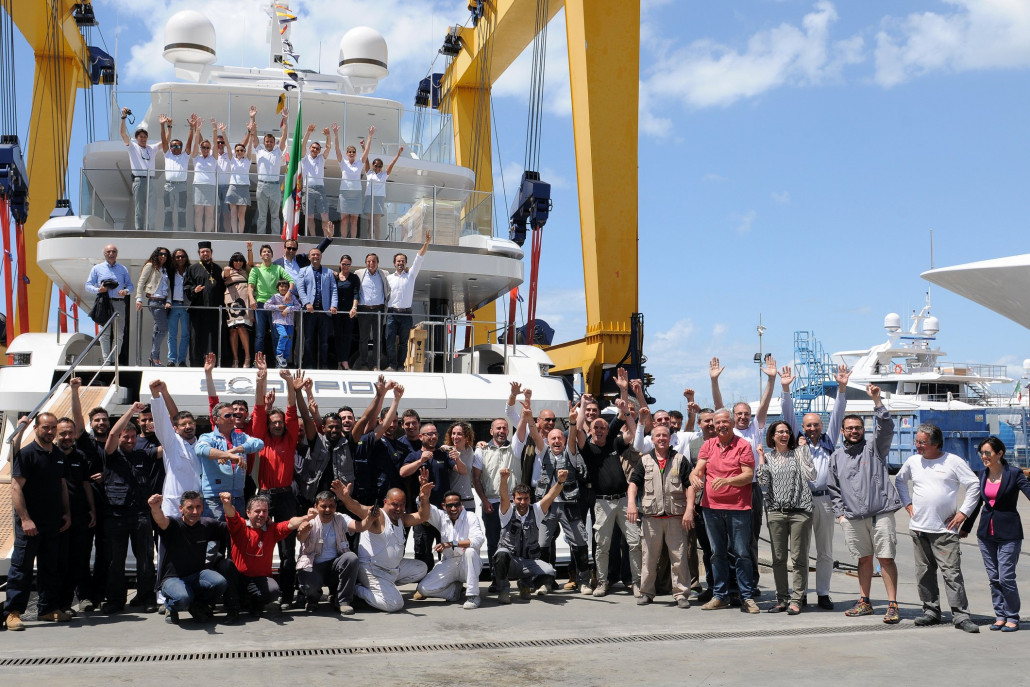 Sanlorenzo Introduces Scorpion To The Water

The Sanlorenzo Superyacht Division launched Scorpion, the eighth vessel of the successful 46 Steel line, which first unit was launched in 2010.

The launch ceremony, officiated by an orthodox priest, was attended by the Russian owner with his family and friends, his crew and all the Sanlorenzo staff who has been involved in designing and building the steel giant for the past 2 years.

Scorpion is a five-deck displacement superyacht in steel that guarantees long cruises across the oceans in total self-sufficiency, without refueling for more than 3,500 nautical miles. The elegance of the external lines give Scorpion the unmistakable Sanlorenzo’s style which makes every Sanlorenzo yacht a timeless classic, never influenced by the temporary fashion trends.

Made to measure according to the style and requests of her owner, Scorpion features spectacular openable windows in the master cabin, a built-in hydraulic ladder astern, a huge garage astern that houses the main 7-meter tender and a second large garage at bow with plenty of space for any water toys.

An outstanding external lighting system gives the whole boat a multicolor effect switching to different chromatic shades for a captivating and unique atmosphere.

For the interiors, the owner chose an art deco style with furniture by Architema and Fendi along with chairs and sofas specially built on design. The finishing is made in bronze brass, the inlays are in mother-of-pearl while the woods selected for the interiors go from the dark mahogany wood to the lighter “Abice artico” wood. The staircase hosts a high crystal sculpture that changes its color at every deck, from blue to turquoise-green. Onboard all the mosaics are from Moscow.

The Sanlorenzo Superyacht Division is currently building 2 further new models: the first 2 units of the brand new explorer range 460EXP (460 gross tonnage in only 42-meter length that will be launched in September at the Monaco Yacht Show 2015 in Monte Carlo) and the first 2 units of the new Sanlorenzo flagship 52 Steel (52-meter displacement superyacht in steel that will be launched in 2016) for more than 100 Million Euro overall value.