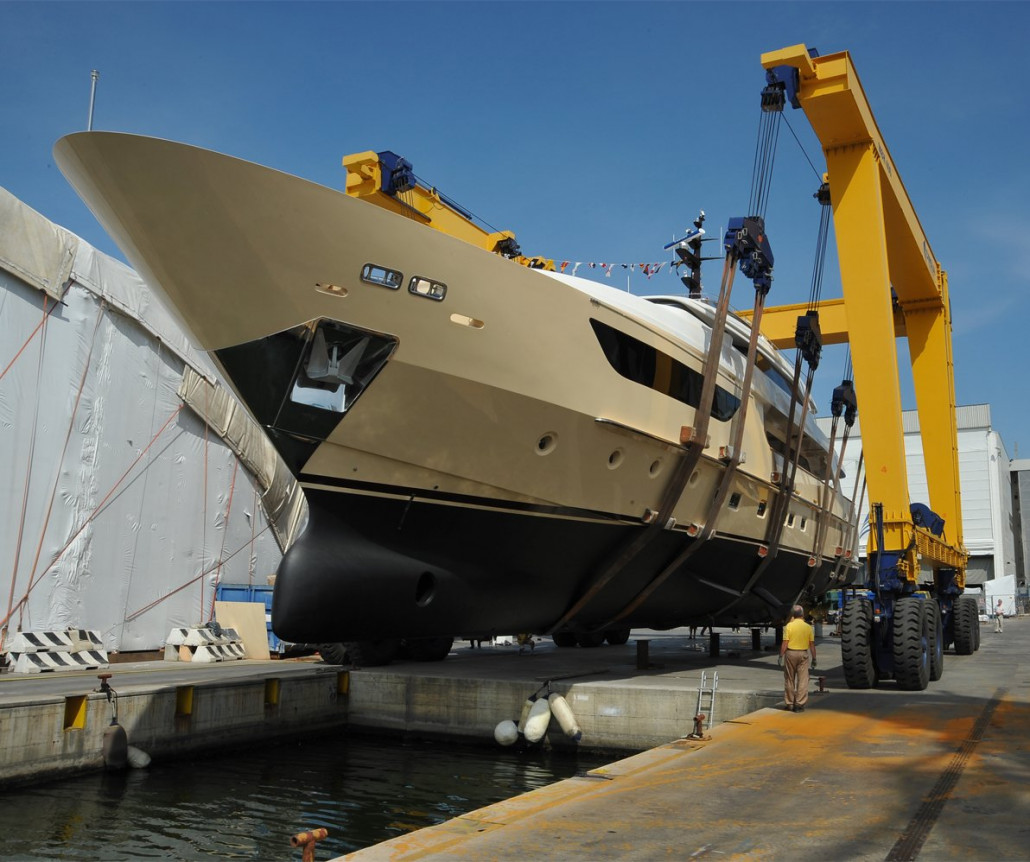 In addition to what has been an excellent year for the Italian yard, Sanlorenzo has successfully launched three new flagships in just one week; introducing the 46m Rêve d’Or, the 40m Scorpion and the 38m Santa Anna.

The first superyacht to hit the water at the Viareggio facility was the 40m Scorpion, the sixth unit of the award-winning Sanlorenzo 40 Alloy series.

Designed by Francesco Paszkowski and constructed for a Russian owner, Scorpion is a unique yacht with smart lines and innovative elements; such as the folding platforms located on each side which become exclusive terraces for both owner and guest.

The second yacht into the water, Santa Anna, is the fourth Sanlorenzo SD122 to complete construction. Also designed by Francesco Paszkowski, this SD122 tri-deck vessel features a larger salon layout and a more intimate and expertly lighted dining area.

The 30m Santa Anna can reach a top speed of up to 17 knots through twin CATs C32 Acert engines and can reach a range of 3,000nm at a cruising speed of 12 knots.

Rêve d’Or was then finally introduced to the water, making her the third yacht of the week to be successfully launched by Sanlorenzo. The 46 Steel is that flagship series of the Sanlorenzo fleet and features a steel hull and expertly designed aluminium superstructure.

This semi-displacement superyacht features a number of unique characteristics for a yacht of her size. Rêve d’Or’s stunning Beach Club, obtained by folding the transom to water level, offers a relaxing place for both owners and guests whilst a state-of-the-art fifth deck compliments her luxurious interior.

Measuring 46m, Rêve d’Or features a 9.30m beam and fits two CATs 3512B DITA-SCAC High Displacement engines which produce a top speed of 17 knots and endure a range of 4,000nm at a speed of 12 knots.

Sanlorenzo has also announced that a staggering seven more yachts will be launched at their facilities in Ameglia and Viareggio before the summer cruising season.