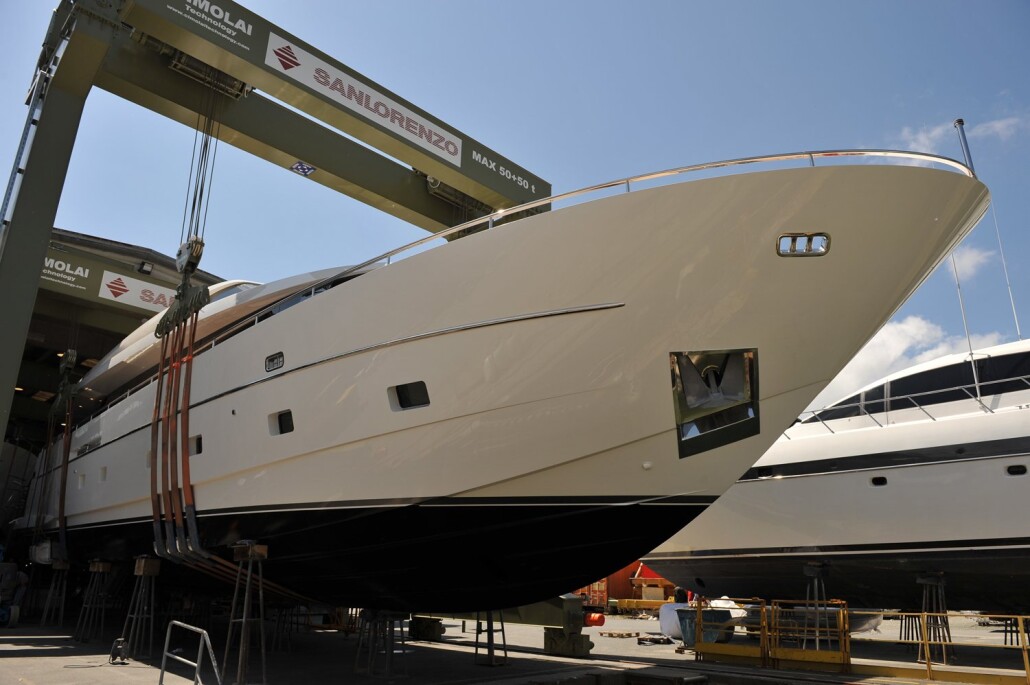 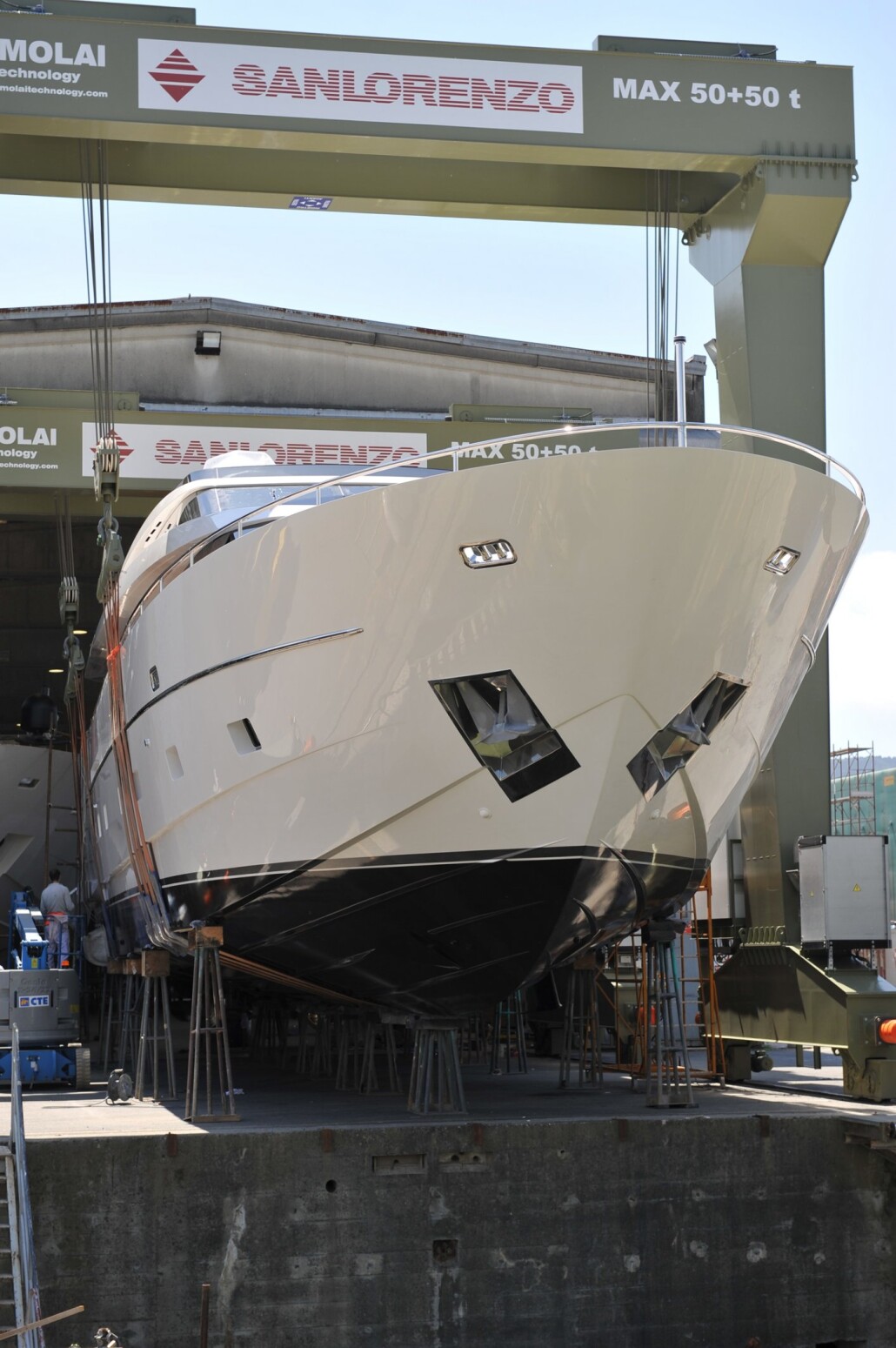 The Sanlorenzo shipyard in Ameglia is celebrating this week after launching two motor yachts in one single week. Silvie VI and Regine are the two new tailor-made yachts which have emerged from the fibreglass range with planing hulls according to the requests and the style of their owner.

Silvie VI
Measuring 28.60 metres long and 6.75 metres wide, Silvie VI is the third SL94 to launch. This new Sanlorenzo model was exhibited for the first time at the Genoa International Boat Show, where she immediately won the “Boat of the Year award”.

Silvie VI, built in concert between the shipyard and the owner like every Sanlorenzo, is characterized by a choice of rare materials for the interiors such as the woods, burned oak for the walls and bamboo for the bathroom details, and stones as travertino murble and damasco murble. Silvie VI can reach a maximum speed of 29 knots and a cruising speed of 26 knots.

Regine
This is the 15th SL108 model to launch so far (measuring 33 metres long and 7.40 metres wide) flagship of fibre glass line of motor yachts with planing hull built in the Ameglia Division of Sanlorenzo.

Regine is the result of the choices and the personal taste of her owner, who selected for the walls and for the furniture white lined teak and for the floors a rare lined teak with wengè inlays. The master cabin bathroom is characterized by precious limestone. Regine is equipped with two MTU engines of 2600 Horse Power, that guarantee a maximum speed of 30 knots and a cruising speed of 26 knots.