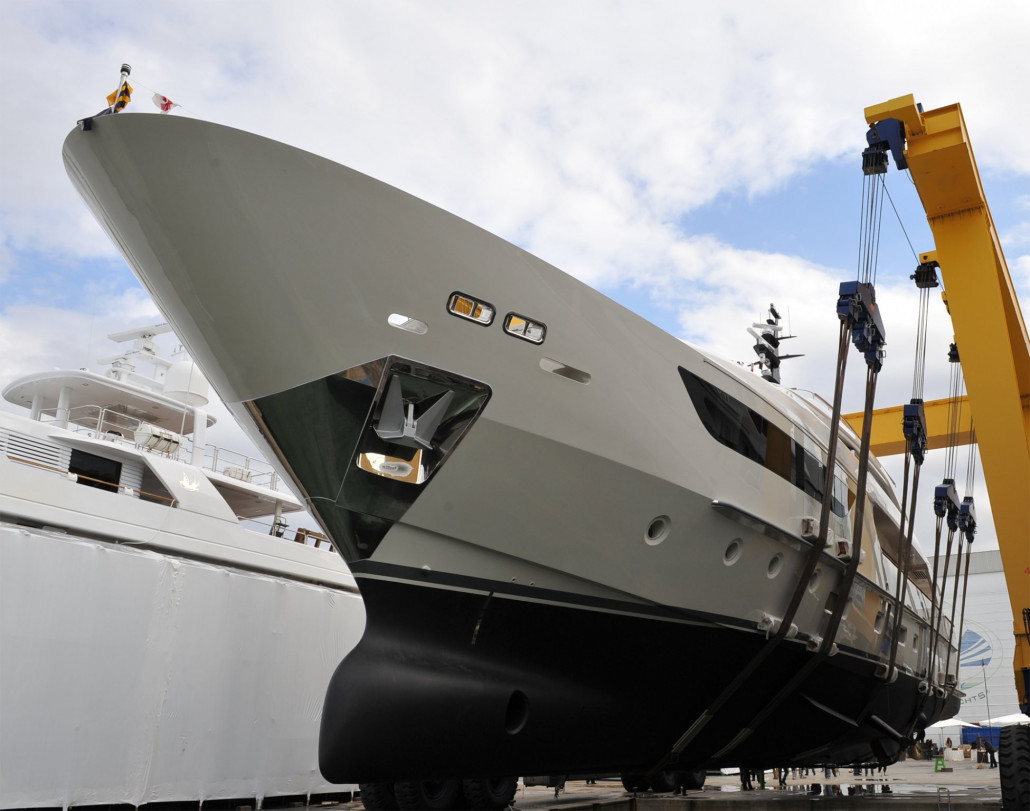 At the Viareggio Marina, Sanlorenzo celebrated the launch of Alchemist Too; a 38-meter tri-deck motor yacht with a semi-displacement hull. Alchemist Too hit the water in the presence of her owner and his family, who came from Mexico for the occasion to celebrate the special event with the yard.

In line with its yachting tailoring tradition since 1958, Alchemist Too is exclusively made-to-measure according to the style and the requests of her owner, who chose for his Sanlorenzo a modern but comfortable and bright interior design.

The indoor flooring is finished in Canaletto chestnut, while the furnishing alternate whitened oak to white lacquered parts. The rest of the décor is by Minotti, a total look commissioned by the owner who is fond of the made-in-Italy interior design. Precious marbles embellish Alchemist Too: for the bathrooms Crema Luna marble, while the kitchen is finished in Tabacco Brown marble. Designed for the overseas market, Alchemist Too is equipped with 60 Hz electrical systems to meet the standards of North and Central America.

Regarding the outdoors, Alchemist Too shows two important changes compared with the traditional Sanlorenzo SD122 models: the gym on the upper deck with a private bathroom and an innovative extension stern bathing platform that slides out to create a terrace of 2.20m ideal for outdoor furnishing and a direct contact with the sea.

Alchemist Too can host on board 10 people and 6 crew members, captain included. An unmistakable style and a sophisticated design place the Sanlorenzo motor yachts to the highest level of the international production, where the Italian Shipyard, in more than 50 years of history, has become the synonymous of excellence in terms of refinements and care of details which led it to be the third shipyard in the world according to the annual Global Order Book.