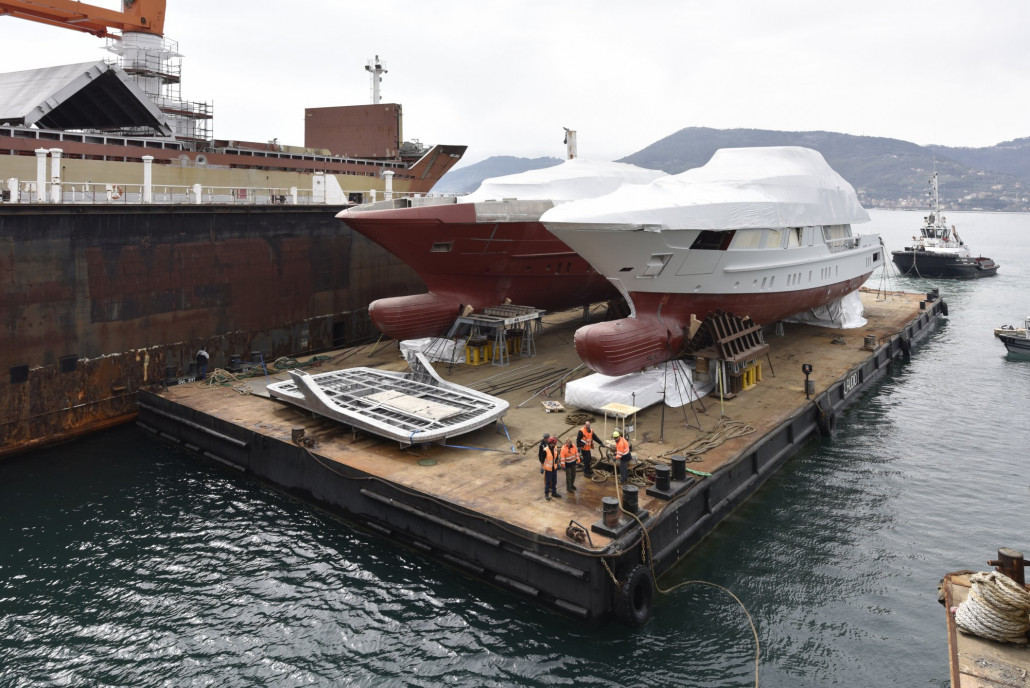 Following the recent signing of an agreement for the rental of new premises at Cantieri San Marco in La Spezia, Sanlorenzo has moved the first of its two 52Steel models to the new facilities.

The Italian builder began the delocalization operations for the production of metal superyachts, until now carried through in Sanlorenzo’s shipyards in Viareggio, during the night.

The first two models in its new 52Steel range, the vessels were moved, with the help of a barge, from the port of Viareggio to La Spezia.

By the end of April, a third and fourth Explorer unit, both 42 metres in length, will also arrive at Sanlorenzo’s new shipyards.

The new production site is a large, fully equipped facility with direct access to the sea, allowing for the design and production of Sanlorenzo’s 40 to 80-metre long metal boats.

This will allow Sanlorenzo to develop its Superyacht division – a segment little affected by the economic crisis and representing a significant portion of the company’s turnover.

As of 2016, Sanlorenzo maintains the second position in the world ranking of the top 20 builders for yachts above 24 metres in length.