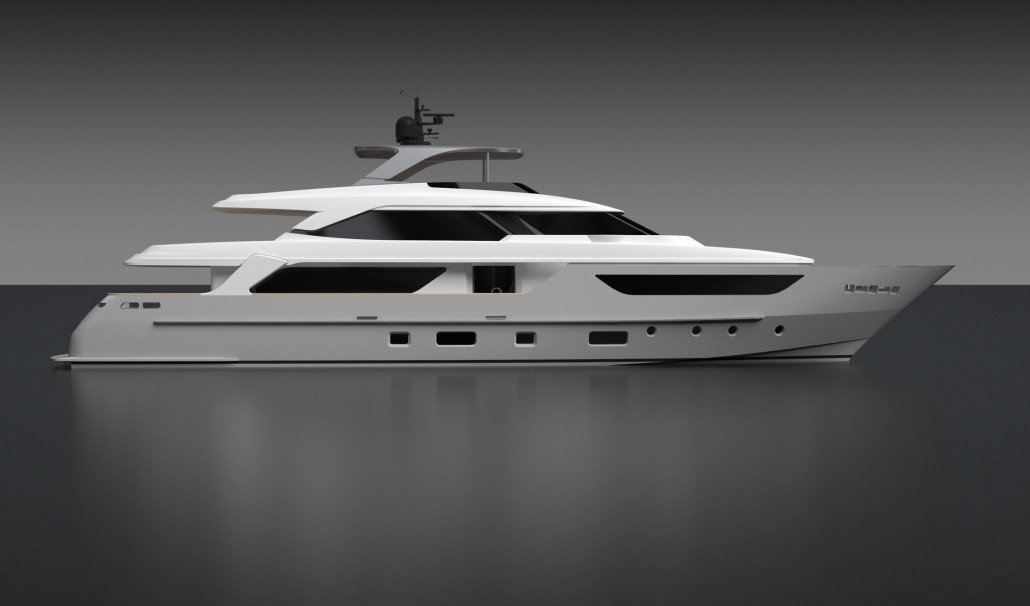 The first of the new SD126 models was sold following the Miami International Boat Show in February – a 38 meter semi-displacement motor yacht, made to measure according to the tastes and the style of her owner, like every Sanlorenzo since 1958.

Sanlorenzo has stated that the new SD126 originates from the genes of the highly successful SD122 model; however, while her DNA is akin to the SD122 new features include a salon terrace, a bow lounging area complete with Jacuzzi tub, a new enlarged flybridge layout containing a pool and hardtop, larger window line profiles throughout the main and upper deck, including gull wing hull side openings in the master cabin, and the additional length with an enlarged swim deck area.

The main salon spans over 40 feet incorporating a large dining area for twelve with full height views of the seascape. The upper deck salon can be fully opened to the outdoor areas creating a significant multi-purpose living area.

This semi-displacement yacht can accommodate up to twelve guests in five staterooms including a full-beam master suite on the main deck and two VIP queen staterooms along with two twin staterooms on the lower deck. The crew area can host up to seven, including a captain’s cabin off of the pilothouse located on the upper deck – a feature typically found on larger yachts.

The SD126 is scheduled to be delivered to Fort Lauderdale, Florida in October and displayed during the Fort Lauderdale International Boat Show from October 30 to November 3, 2014.