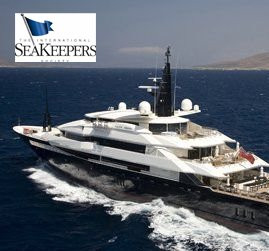 The International Seakeeper Society has made adapted their Seakeeper 1000 equipment in response to the Deepwater Horizon oil spill crisis in the Gulf of Mexico.

In response to the Deepwater Horizon oil spill crisis in the Gulf of Mexico, the non-profit organisation, in cooperation with their commercial partner YSI, inc. and the University Of South Florida Institute Of Oceanography, has adapted a C3 Hydrocarbon sensor from Turner Designs to integrate into its proprietary SeaKeeper 1000 oceanographic and atmospheric data acquisition system.

Commercial hydrocarbon sensors have been successfully adapted and deployed in existing Seakeeper 1000 installations. Funding is urgently needed to quickly install additional sensors within the existing fleet, to equip new vessels, and to fund the related research.

Dr. Luther, Associate Professor and Director of the USD Ocean Monitoring and Prediction Lab stated “The SeaKeeper 1000 meteorological system is a powerful ocean observing tool capable of collecting, and both spatially and temporarily tagging data from multiple meteorological and in-water sensors from a variety of manufacturers, with real-time data telemetry via satellite.”

The Seakeepers’ autonomous flow-through survey system seamlessly merges GPS data with crude oil concentration (and date from other 3rd party sensors) to allow quick mapping of the survey area. All data is logged onto the onboard computer and is transmitted to the Seakeepers’ servers, via satellite telemetry.

The new Seakeeper 1000 unit is capable of being installed in a matter of hours on the transom or gunwale of a small boat, or the existing seawater system of any larger yacht or vessel such as the already equipped Alfa Nero.