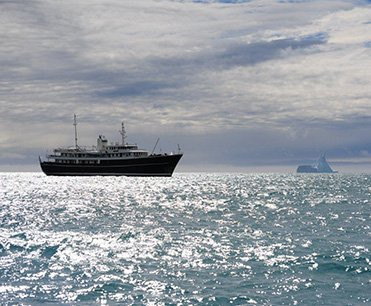 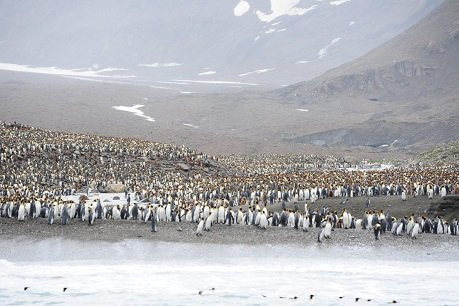 Y.CO has today reported on Sherakhan’s intrepid charter exploration in to the Antarctic to discover the pure unspoilt nature of the South Pole.

Led by Captain Jan and his crew, Sherakhan reached Grytviken on the 17th February, a former-British settlement founded in 1904 and the oldest whaling station, to introduce the guests to the region’s museum and all twenty of the locals.

After soaking in the sights of Grytviken, Captain Jan took Sherakhan and her guests onward to South Georgia and St Andrews Bay where the crew met an encounter with a flock of over enthusiastic male fur seals on the beach. With a famous photographer and film maker on board, the cameras were constantly in action for Gregory Colbert’s new project ‘Ashes and Snow’.

“St Andrews Bay is a special place which is the home for approximately half a million King Penguins,” comments Captain Jan. “and thousands or more fur seals and elephant seals. Further along you can find every bird that lives on South Georgia from the small birds to the big albatrosses with 3 metre long wings.”

On the 18th, Sherakhan hauled anchor and moved onward to Antarctic Sound to create more opportunities for outstanding photos, videos and adventures. The ongoing journey will embark into heavy winds and 4-5m high waves straight on from the South West.

To read more about the adventures of Captain Jan and his crew on Sherakhan, click here to read the Y.CO blog.