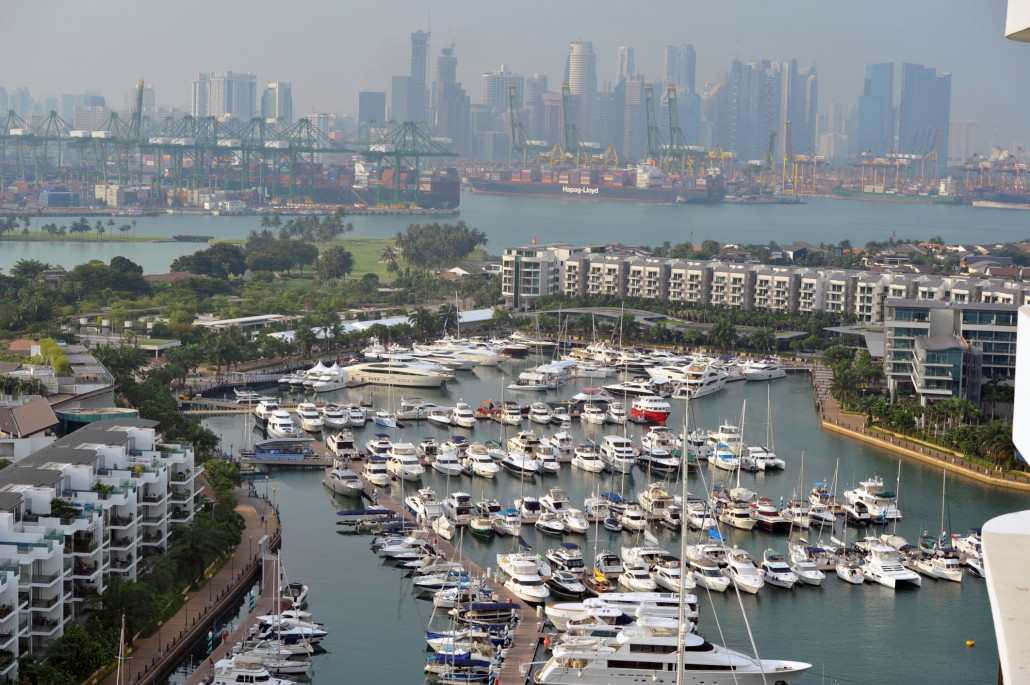 Initial reports indicate visitor numbers have more than doubled since last year's show, and exhibitors are reporting promising discussions they expect to convert to sales by the end of the week.

William Schick general manager of Premium Nautical said: "This is the best and biggest crowd I have seen at any boat show in Singapore in the nine years since I arrived."

Mark Cavendish sales director at Heesen Yachts said: “Compared to last year, I see enormous changes as first of all there are all these megayachts out in the marina, which is very encouraging for us. And the number of visitors, from the feeling of it is much, much higher than before.”

Now in its third year, the show has more than doubled its number of exhibitors and has attracted many complementary lifestyle elements such as internationally-renowned DJ Miles Slater of members-only nightclub Boujis, BMW M cars and a fashion show of resort wear brands by Skin and Gnossem.com, held yesterday.

Superyachts M/Y I Dynasty and S/Y Twizzle have added to the excitement by making their boat show debuts at Singapore Yacht Show, whilst the hugely innovative day cruisers by Italian brand Wider Yachts exhibit in Asia for the first time.
The success of Singapore Yacht Show 2013, held from April 18 until today, April 21, has also led to the signing of an agreement between Singapore Yacht Events and Nansha Marina to extend the show into China.

Andy Treadwell, managing director of Singapore Yacht Events said he was looking at potential collaborations with all the shows in the region. "I see huge potential in what my team can do in Asia.”

Nansha Marina in Guangzhou is rapidly becoming an important hub for marine leisure and boating in Southern China, and is just one hour's drive from Hong Kong and Macau.