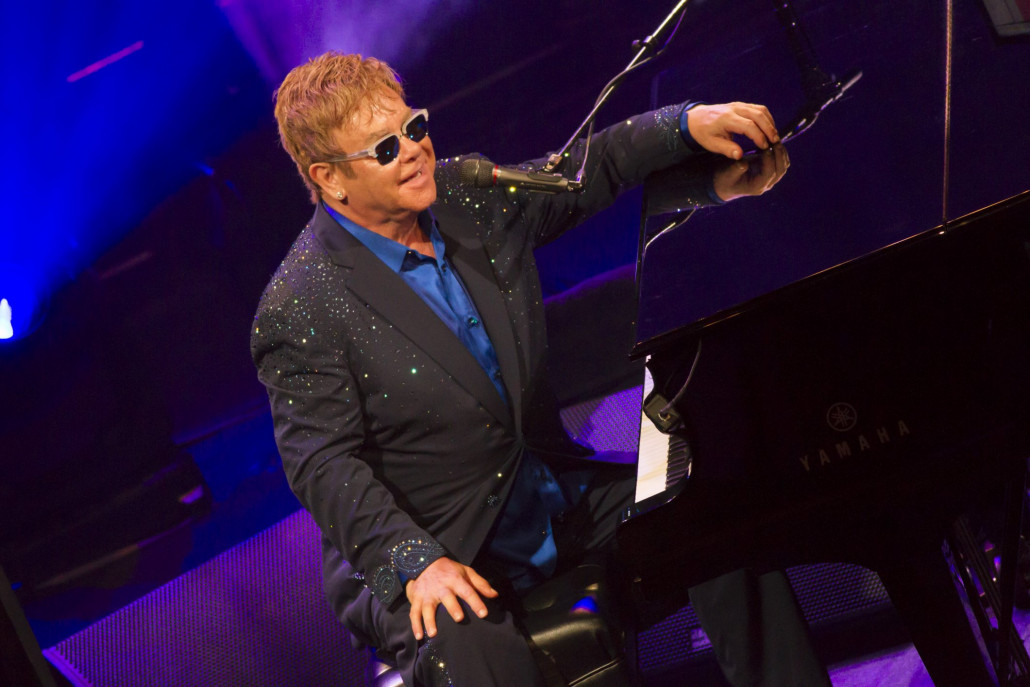 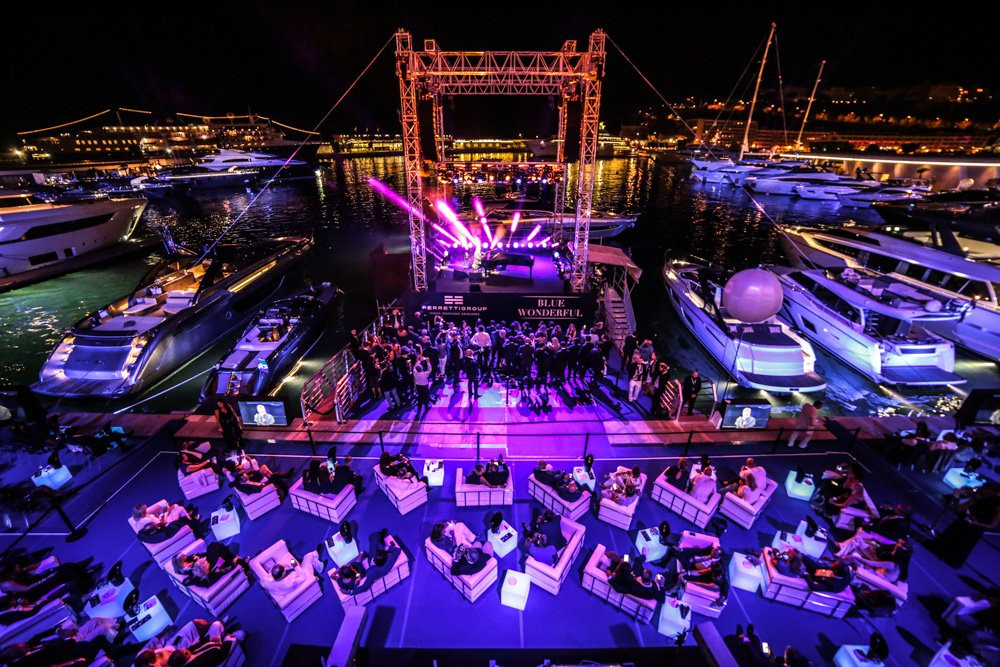 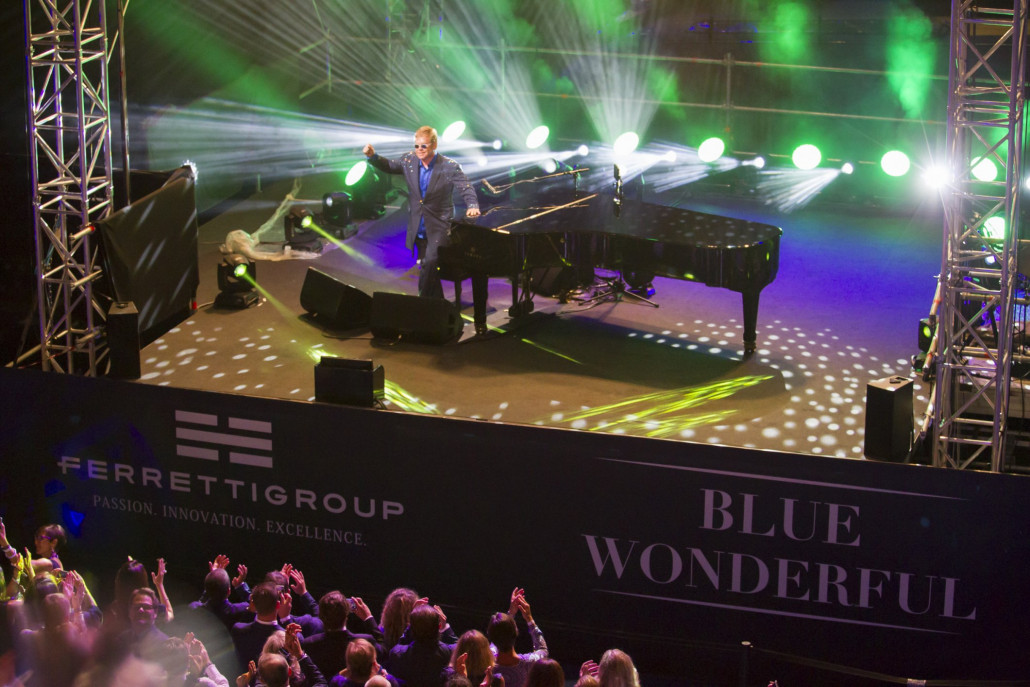 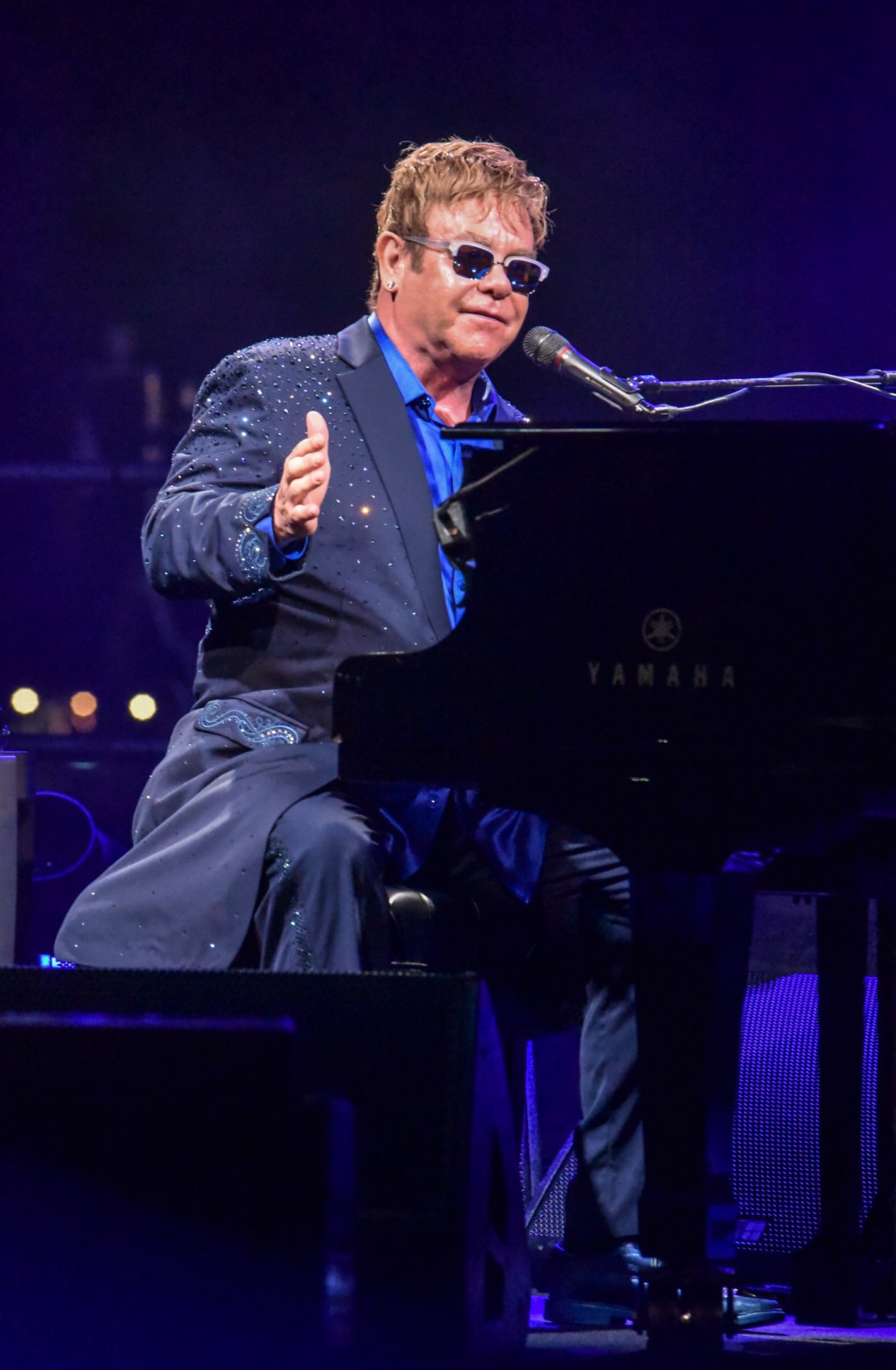 A weekend of dedicated private superyacht previews and debuts on the waters of Monaco came to a close this week as Sir Elton John took to the stage to play against the backdrop of a beautiful Cote d’Azur evening.

The Ferretti Group hosted the ‘Blue Wonderful’ event, debuting six new models in thirty yachts on display, in Port Hercules in conjunction with the Yacht Club de Monaco to bring each of their brands to the eyes of private viewers.

The event itself was created to provide Ferretti Group yacht owners in Monaco to visit and try new boats within all ranges and all brands. At the close of the event, Sir Elton John took to the stage on the water as 1000 guests assembled on the Yacht Club de Monaco terrace and Quai Louis II to hear classics such as “Bennie and the Jets”, “Crocodile Rock”, “Candle in the Wind”, “Rocket Man” and “Your Song”.

This masterfully delivered showcase took place to also announce the creation of a new Riva boat, designed by the Ferretti Group with a stylistic addition from Elton John. The result of one owner’s purchase will be dedicated to the charities of Italy, aimed at helping the victims of the recent earthquake which devastated central Italy.

After a crescendo delivered by a master musician gave the crowd a final bow, Sir Elton John took to a Riva and headed out to sea as his salute to the heart and style of Monaco.

Alberto Galassi, Ferretti Group Chief Executive Officer, commented: “Extraordinary music and the most beautiful boats on Earth together for a magic event, thanks to a unique legend of music that opened an amazing weekend filled with many previews. Sir Elton John’s concert was an incredible experience, a breath-taking night that we offered to our clients while awaiting them to visit us again during the upcoming yachting festivals in Cannes, Monaco and Fort Lauderdale.”

The Yacht Club de Monaco General Secretary, Bernard d’Alessandri, was particularly delighted: “In line with our mission to bring life to the harbour and offer moorings for superyacht owners, it has been a great pleasure working with a prestigious company like the Ferretti Group and to welcome owners from all over the world for this unique event. Through our La Belle Classe label, the Yacht Club and the Principality in general, is establishing itself as an inimitable destination for international Yachting.”

This masterfully delivered showcase took place before the opening of the Cannes Yacht Show and the upcoming Monaco Yacht Show, to start the show season in the south of France in style.