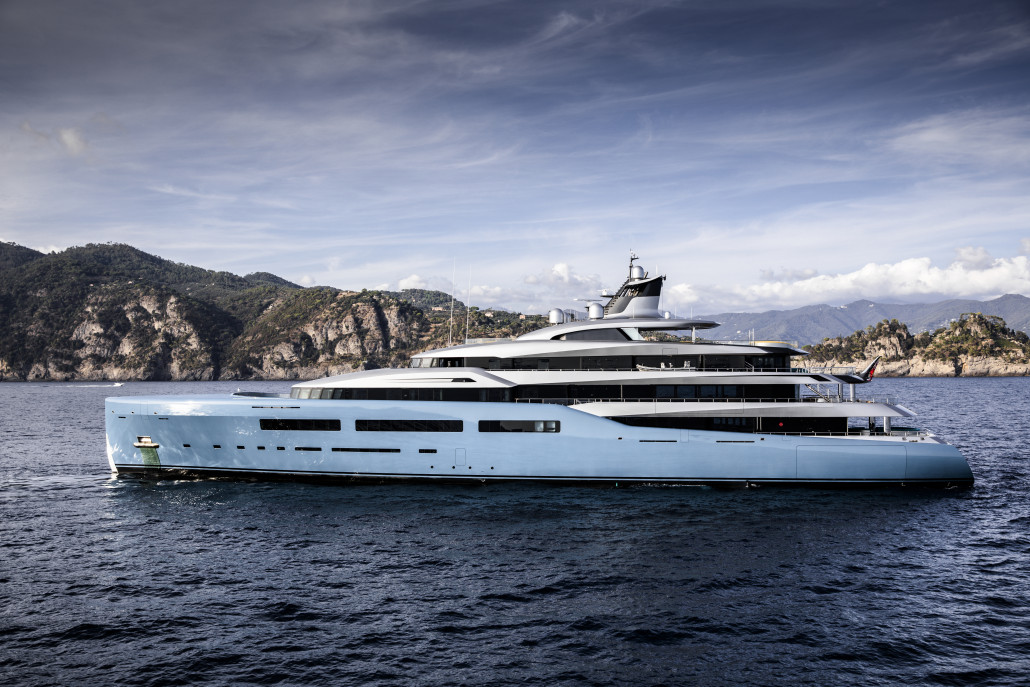 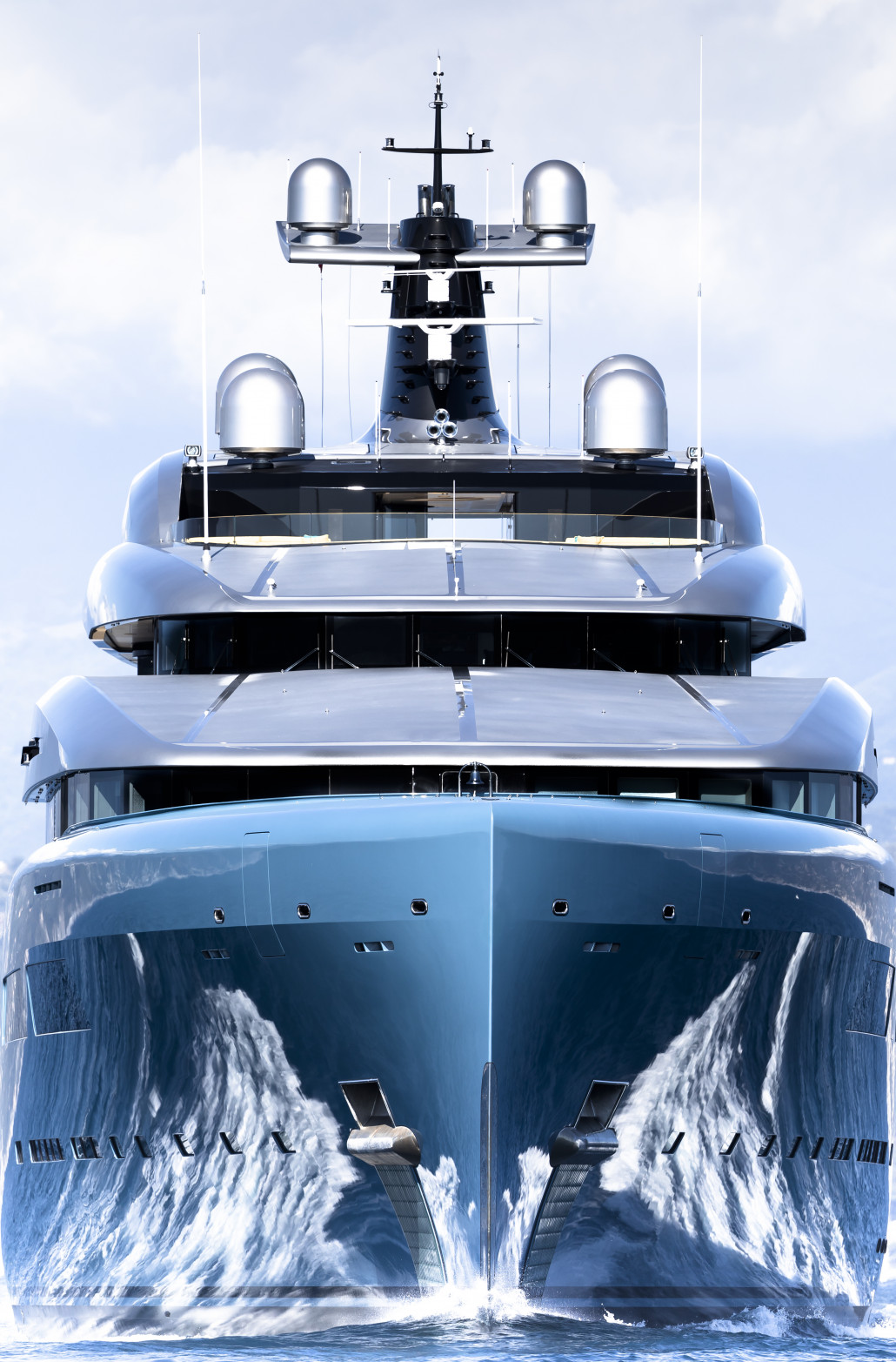 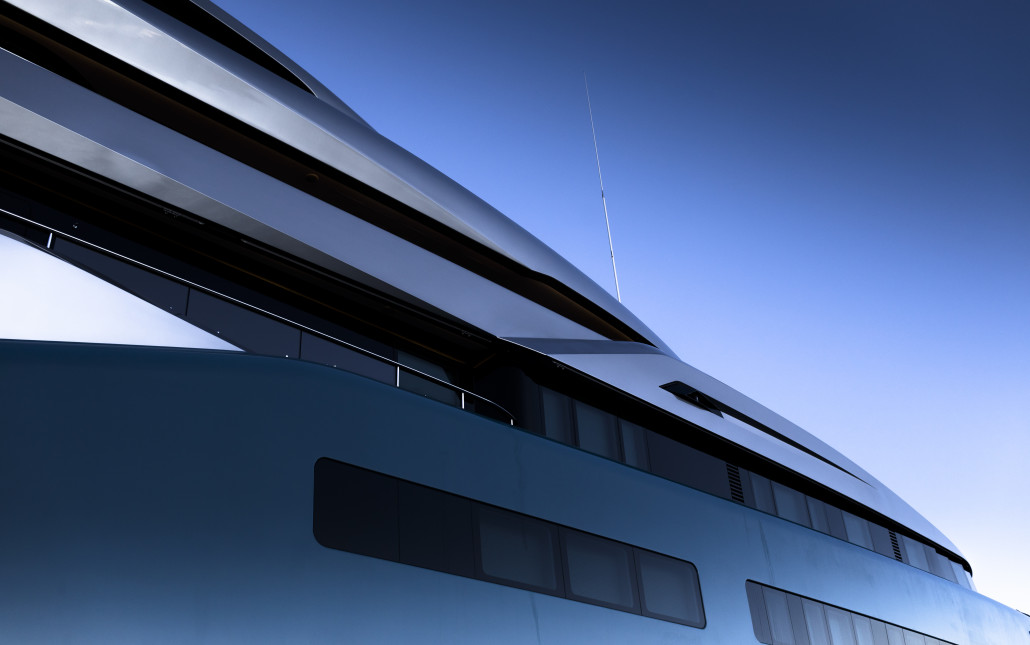 Spotlight on Aviva: Building a True Home at Sea

When owners return to the same shipyard and designer to commission a new build, it’s not only a compliment but provides a platform for some of the most in-tune builds on the water. Born from a long-term relationship with a buyer who named his second Abeking & Rasmussen superyacht the same name as his first, Aviva is 98m of success, style and sophistication – not forgetting the tennis court. We take a closer look.

Precise Lineation
When she hit the water back in 2017, Aviva became a member of the dusty-blue hull club. With only a number of superyachts on the water wearing the sporty hue, she stood out not only in size - as the 47th largest yacht in the world - but also in her ability to catch and trick the eye.

Raymond Langton and Toby Silverton are responsible for carving her smooth exterior curves into a never before seen silhouette. The resultant ‘unique appearance’ was at the top of the owner’s request list. In addition, they engineered her lines not only to conceal a huge tennis court, but also to reduce ocean drag by 20%.

However, the brief didn’t end there. Strong, masculine and purposeful were all words that the owner hoped would come to describe his sculpture on the water. In order form a modern, luxurious home that combined both stablity and sea-worthiness, the builders opted for a very on-trend plum bow.

All Systems Go
With experience comes knowledge. At 5000 GRT, Aviva’s volume is exceptionally large and the owner wanted to disguise this mass. Ensuring she appeared light and sleek, paint techniques make use of the sea’s reflection to extend her edges and more advanced techniques saw her aerodynamic mast growing out of the superstructure. Seamless glass was used to reduce weight, and in turn added generous views for both form and function.

Simple shaping and superstructure shadowing are among numerous other technologies developed between Abeking & Rasmussen, the designers and the owner. But in short, Aviva’s design is engineered to decieve the eye into elongation.

Yet it’s not all about appearance. Volume may be a key element in Aviva’s wow-factor yet it doesn’t seem to affect her performance on the water. Her slick design contributes to fuel-saving efficiency and results in top speeds of 20 knots. However, at 11 knots her hybrid-drive system allows the yacht to run without the use of the main engines with thanks to silent and very environmentally favorable electric motors.

Stand Out Features
Before we explore the tennis court, it’s almost impossible to ignore Aviva’s canary yellow cushions and psychedelic decking. Inviting guests to come outdoors, the Esthec Teak brings a fun element to something primarily functional and rarely customised in superyacht design. Abstract shapes in the yacht’s surface almost appear to be etched by light,  ensuring every inch is carefully sculpted.

Nevertheless, Aviva’s real stand out feature is her sports hall. Concealed to the outside world and built as a result of the owner’s desire to take Padel tennis with him across the globe, the 20m x 10m x 6.5m space manages to lie completely beneath the surface. With volume, stability and logistics all obstacles, the court was eventually developed without compromising the free-flowing layout. Not only has on-board lifestyle changed for the owner but it offers a space for the crew, and all those on board to enjoy; the pièce de résistance in a very

""We are very proud to present our latest superyacht named 'Aviva'. This is the result of the highest workman ship and best communication between the owner and his team during the short period of less than three years.""

""We are very proud to present our latest superyacht named 'Aviva'. This is the result of the highest workman ship and best communication between the owner and his team during the short period of less than three years.""