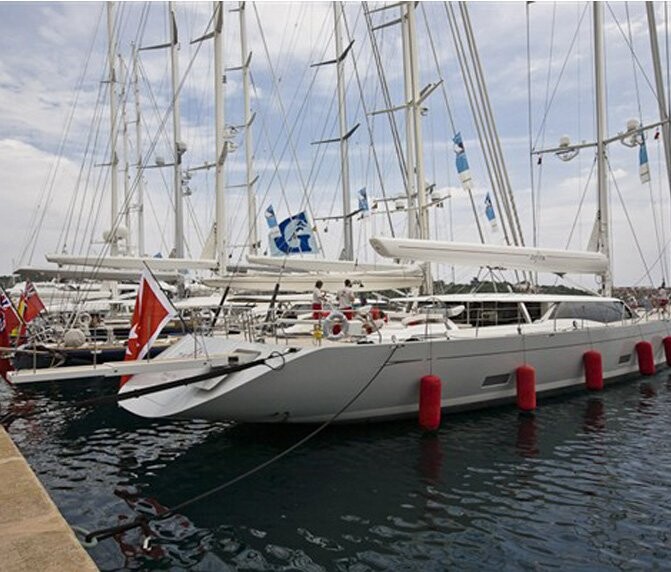 The prestigious yacht racing event the Dubois Cup was set to get under way this afternoon in the stunning surroundings of the Yacht Club Costa Smeralda on the coast of Sardinia.

Now into its third year, the event was due to begin on Sunday but was postponed due to inclement weather.

A total of nine yachts have registered for the racing this year, with current cup-holder Ganesha strongly tipped to hold onto her title.

Perhaps the most eagerly-awaited contest will be between the two giant ketches - the 53-metre Drumbeat, which won the Rolex Transatlantic in 2005, and Twizzle, a 57.5 metre vessel which launched last year, and is just back from competing in the Caribbean Superyacht Regatta and St Barth's Bucket.

Three sailing superyachts have also joined the event but will not race, including the 53-metre Nirvana, while Turquoise and Ad Lib, two Dubois-designed motor yachts, will also be in attendance as part of the spectator fleet.

Despite the postponement, some 200 guests sat down to a poolside dinner on Sunday evening at the illustrious Yacht Club Costa Smeralda. The dinner was also used to launch the Dubois Child Cancer Fund, set up by Ed Dubois, founder of the Dubois Cup, and his wife Honour, whose daughter has been diagnosed with cancer.